There was plenty to play for during a mammoth 35-race schedule that saw a number of visiting rounds add extra spice to proceedings – with the Ultratape Post Classics and MT125s making their annual trip North of the border. Additionally, there were a number of BSB riders on the grid making use of the event to hone their machines ahead of the Oulton Park BSB on 30th to 2nd May. 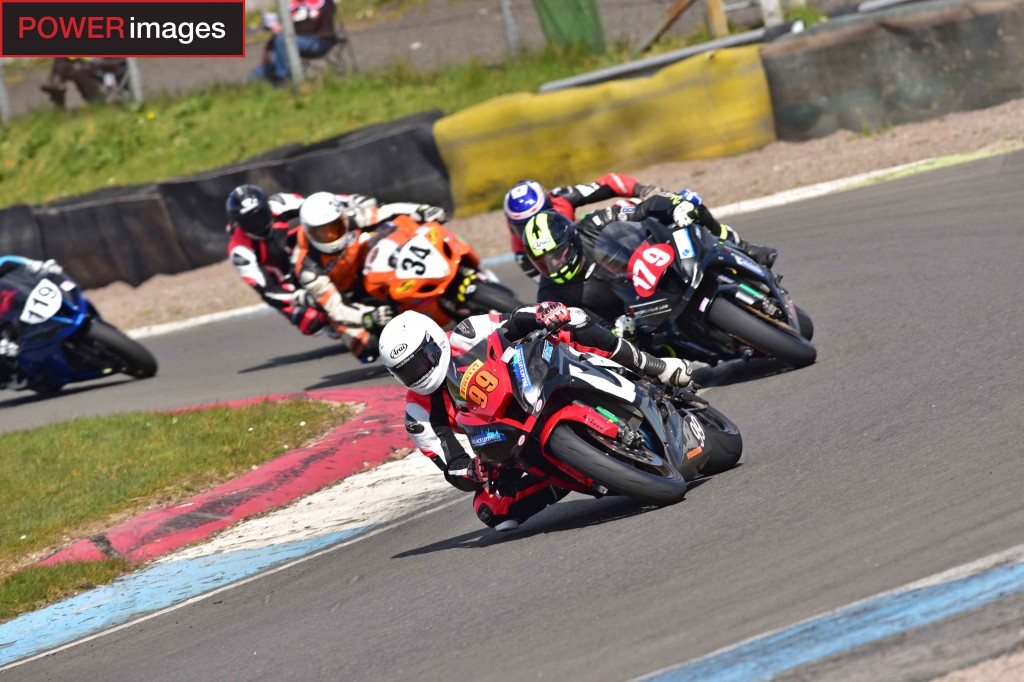 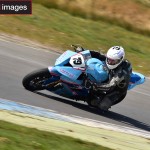 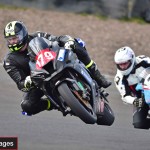 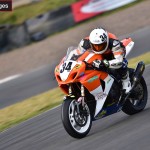 And in the Superbike and Clubman classes, it was one such rider who stole the show. National Superstock 1000 competitor Michael Robertson, a former Champion in this class, returned with devastating effect – taking four on-the-road wins from a possible five and posting the quickest time of the weekend with a 50.593 second lap. That said however, Robertson won’t feature in the battle for KMSC and Scottish Championship titles and judging by the weekend’s action – that honour seems set to befall John Dean, Andrew Tasker and Bruce Birnie – with all three riders on new machinery for 2016. Albeit in Birnie’s and Tasker’s case, they’re still sticking with their tried-and-tested BMW and Kawasaki rides respectively. In KMSC points terms, John Dean leads the Championship after notching up three wins and two second places; closely followed by Tasker with two wins and three second places. Birnie takes up the third spot on the standings after three 3rd placed podiums on Sunday. With the latter quick to point out that he’s only just getting started;

“Those young lads up the front have been on their bikes for the past couple of months and mines has just rolled off the van. Let’s just say if we can tag onto the back of them, we won’t by shy in trying a move. It’s early days and let’s just see what happens.” 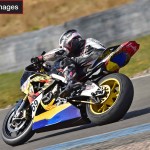 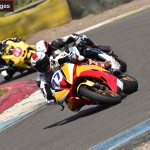 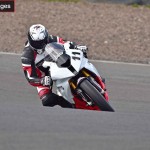 The Scotwaste backed Clubman class saw a number of riders throw their cap into the ring for the 2016 honours; with Rodney Scott staking his claim from the off with two wins, two seconds and a third. The vastly experienced, Angus Mearns was the undoubted star of Sunday’s races – taking three wins aboard his Yamaha R6 no less; with 2015 Clubman Champion Richard Hughes taking up the third placed spot on the standings after the opening five races. 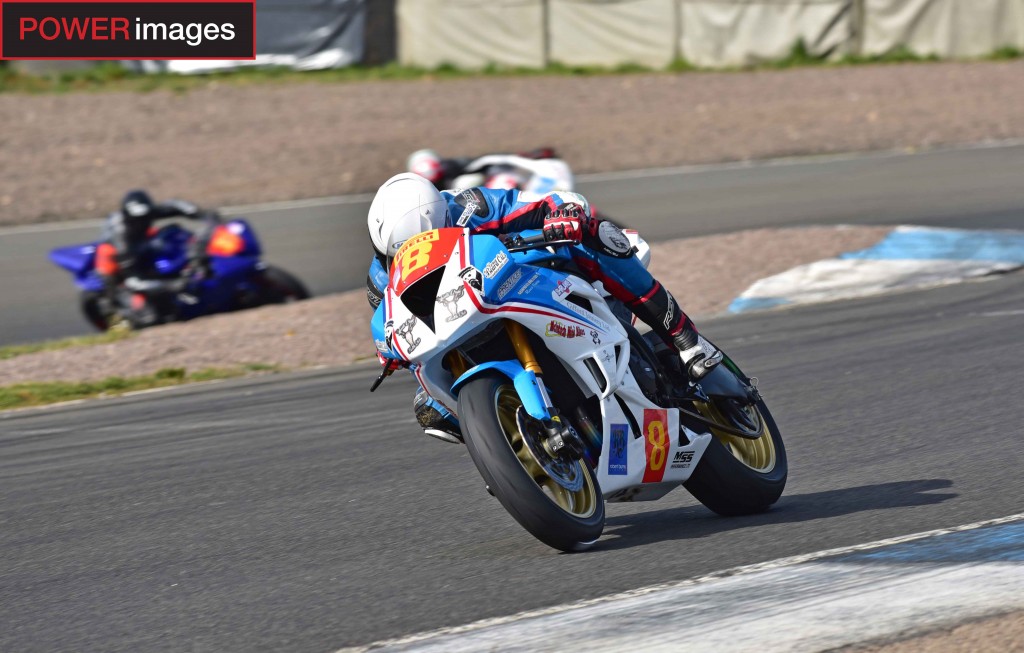 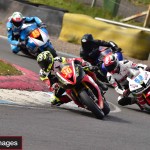 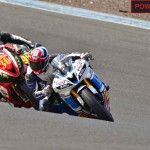 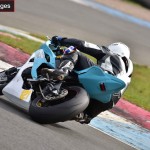 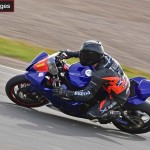 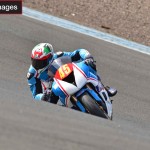 Lewis Rollo’s primary focus this year is a National Superstock 600 campaign aboard his Shirlaw’s backed Kawasaki and he too used the weekend to plan for the BSB event at Knockhill on 24-26 June. However, that never stopped him from blazing a trail to a perfect haul of five wins from five starts, and posting an eye-watering lap of 51.169s – the second quickest of the weekend. That said, Lewis was kept honest by the debuting Matt Truelove (non KMSC) who also consistently dropped into the 51s bracket aboard his Honda CBR5600, finishing four of the races 2nd on-the-road. Ewen Gray also made a strong start to his season taking three 2nd placed class podiums (3rd on-the-road) out of the five races. He now sits second in the KMSC standings behind Rollo; with Torquil Paterson, Liam Shellcock and Callum Paterson all within touching distance. 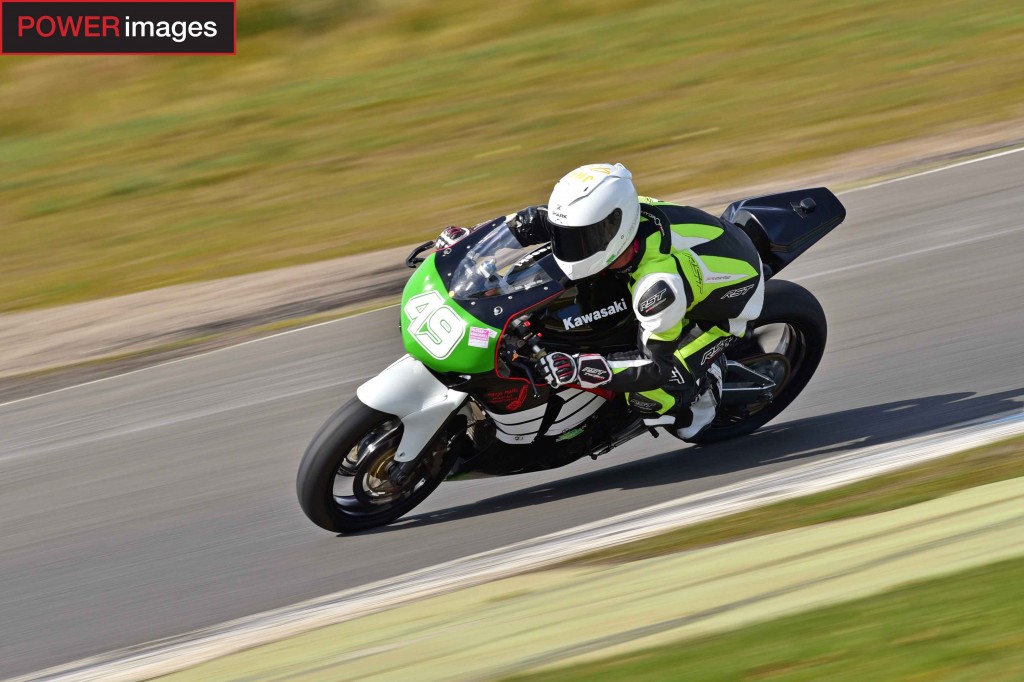 It was heartening to see a full gird for the Shirlaw’s Motorcycles sponsored Lightweight class – alongside full grids for the Superbike and Superstock 600 class. It seems that there is a genuine upturn in the number of competitors making that leap to full-on racing, and it’s great to see. Before a wheel was turned at the weekend, we picked out former Champion Paul McClung as one to watch in this field. He certainly didn’t take long to establish a foothold back in the series; taking three wins from five races. However, it’s been proven time-and-time again that over the course of a season you need consistency and a sizable slice of mechanical luck. And it’s potentially those factors that sees Gillian McGaw sit at the top of the leaderboard after scoring consistent points in all five races – apposed to McClung missing one race and being forced the wheels off his machine to bag a third place podium from the back of the grid in the next. Third on the points table is Keith Dickie – the 2015 Lightweight runner up. He too had some woes at the weekend that saw him miss two of the races on Sunday. However, this trio will surely be the ones to watch in the upcoming events. Ashley Robson stared her 2016 Formula 400 campaign in fine style, scoring five wins ahead of Jim Purvis, Robyn Lindsay and Rod Walker. 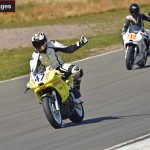 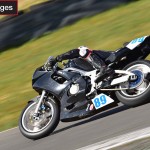 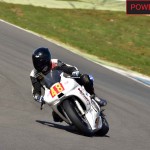 New for 2016, the Cupar Motorcycles Pre-Injection riders now have a National Championship to aim for – with two of the races at the weekend acting as points scoring rounds for the series. Steven Haddow continued his form from last year and opened his 2016 account with three wins in the opening three races. However an off in fourth outing of the weekend put-paid to his hopes of a clean sweep and he watched the remainder of the weekend from the stands. With Haddow out, Lewis Shand took his opportunity to convert his 2nd placed podiums (x3) into wins and he duly obliged out-foxing Alex Bass and David McCafferty in the remaining races. Indeed, the top four riders were in close proximity in a number of the races and expect the battle between Haddow, Shand, McCafferty and Bass to continue throughout the season. 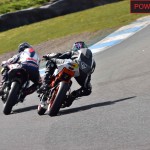 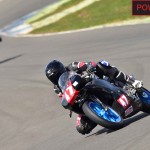 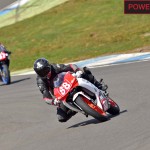 In the Skinner Motorcycles F125 class after the opening five rounds, sees Rishon Hickey at the top of the standings after taking all five class wins at the weekend. Lewis Nicol follows in second whilst James McLaren occupies the third spot in the standings. 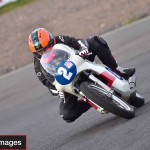 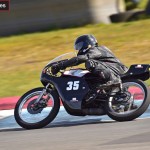 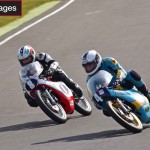 In the MT125 races it was a dogfight between Jerry Lodge and Robin Lamb for most of the weekend; with Lodge taking all the winning spoils. Lamb had to content with three 2nds and a 3rd, whilst Stuart Cox had to settle for three 3rds and a 2nd. Similarly in the Ultratape Post Classic races Lamb endured a weekend-long scrap with Roddy Taylor. This time however, Lamb did managed to reverse the order and the pair shared two wins and two 2nds apiece; with jimmy Shanks and Symon Woodward also taking two 3rd placed podiums each.

Our next KMSC event takes place on Saturday 4th and Sunday 5th June. Make sure you join us for another hectic weekend of motorsport action at Scotland’s National Motorsport Centre.

For all the KMSC and Scottish results see MyLaps.

Finally, as always we’d like to thank everyone who helped make the weekend such an enjoyable event – marshals, medics, officials, staff, competitors and fans. See you all next time.