19 year old Aiden Moffat from Edinburgh will be making a return to his roots on Sunday 1st May when he swaps his regular 300bhp BTCC Laser Tools Racing Mercedes for a Celtic Speed Mini Cooper at Knockhill Racing Circuit. Aiden won multiple races at Knockhill as one of the youngest drivers ever to compete at SMRC events before he switched to the world famous Dunlop British Touring Cars in 2014. Having just won his class last time out, Aiden is currently lying 13th overall in the BTCC Championship and 4th on the Independents Championship for non-factory backed drivers making 2016 his best start to the championship so far. 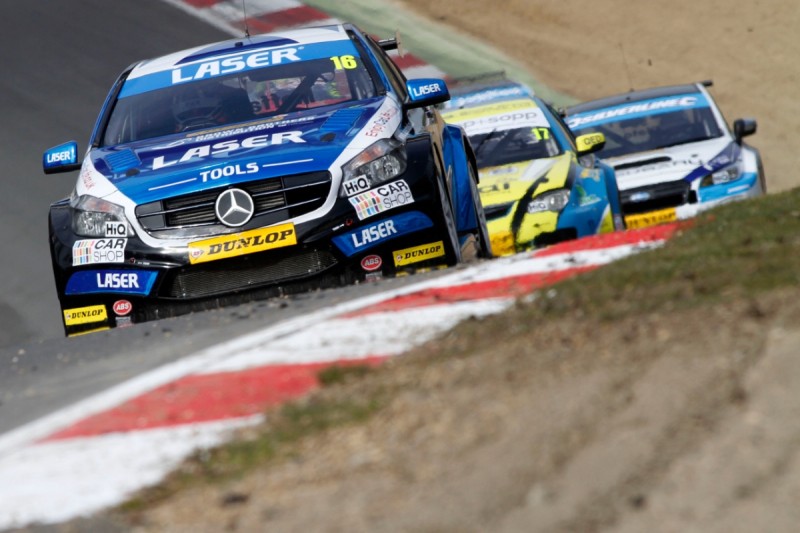 Aiden said “I am really looking forward to racing a Mini, it’s a while since a drove one and I know the class is super competitive, so I am just going out to have fun and do the best that I can. I have not driven a car with a manual gearbox since the start of 2014, so it will be interesting to see how I get on.”

Stuart Gray, Director of Events said “Aiden is one of these young drivers who is fast in anything. He has won in every car he has driven so far and I don’t think it will be long before he wins a BTCC race outright. To see him come back to Knockhill in a Mini will be interesting and great for the others to benchmark themselves against him. The championship is super competitive, so whilst all eyes will be on Aiden, the quality of racing will be top class throughout the grid.”