We are gearing up for another almighty modified car extravaganza on Saturday 21st and 22nd May in what is shaping up to be a speed and smoke-filled fest which will surely get fans flocking through the gates at Knockhill. 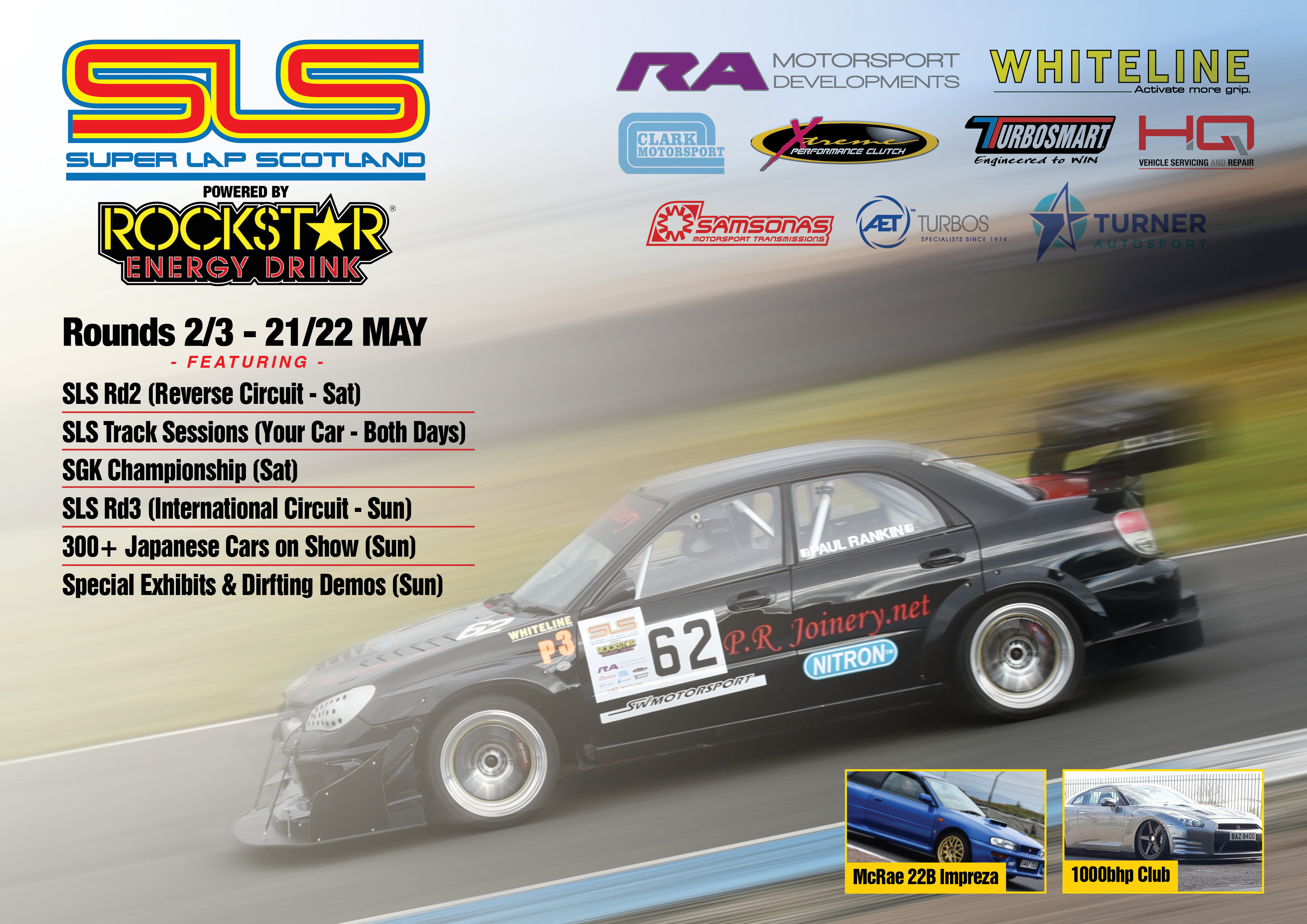 The SLS Championship sees seven different classes – from standard road going vehicles (driven too and from the circuit) through to 1000bhp monsters that are capable of super-fast lap times that will amaze even the most avid motorsport fan. The SLS competition itself is a lap time challenge event where speed and precision over a final single lap determines the winners in each class. It’s a real drivers’ sport, with the pressure building throughout the day during practice, qualifying and then the finals. Even the most experienced racing drivers have fallen in love with the thrilling pressure-cooker format. 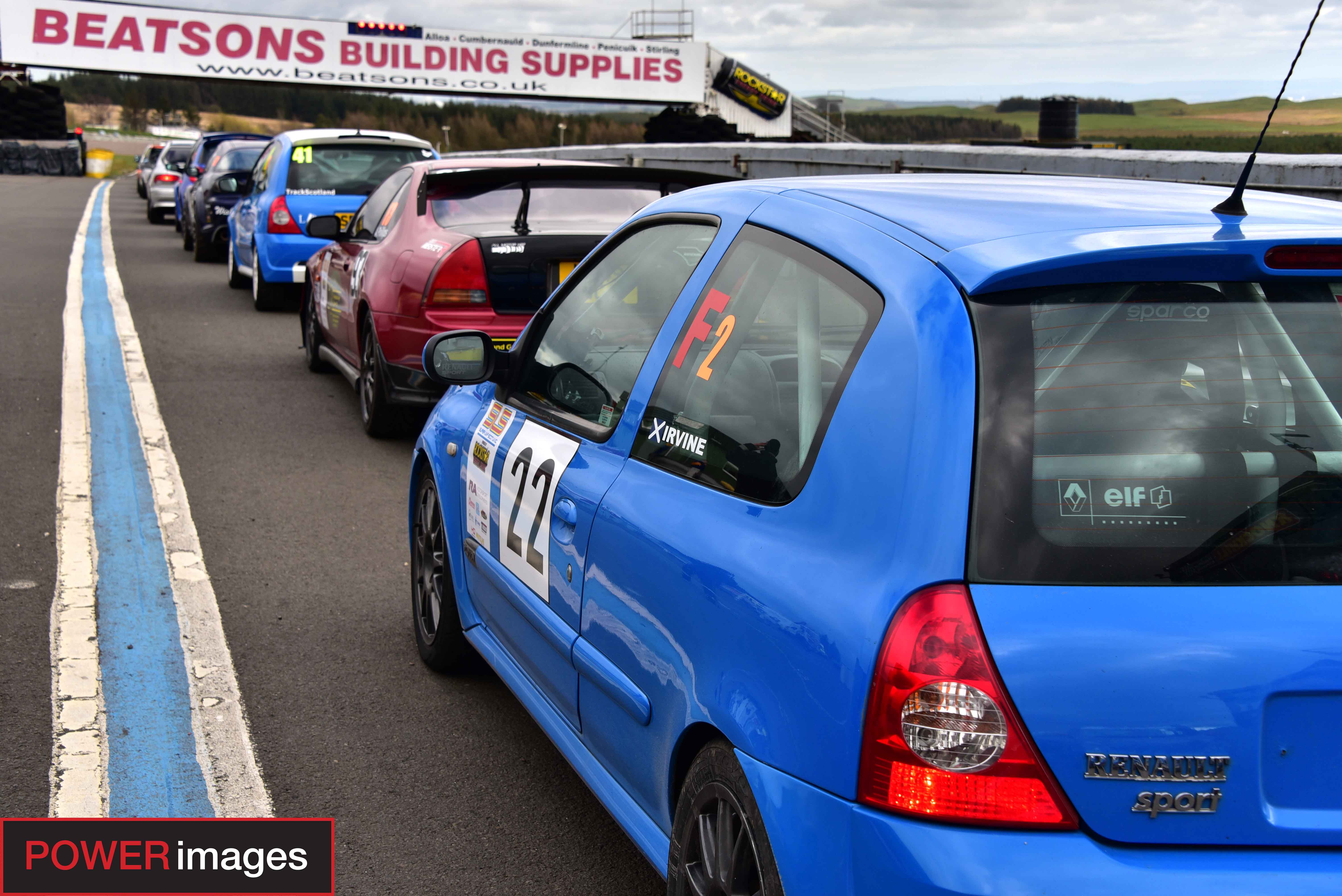 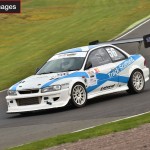 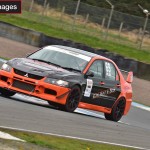 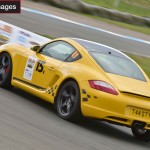 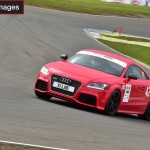 In the paddocks, fans can get up close and personal with the same machines and drivers they’ll see out on track. The intimate Knockhill venue really draws fans into the spirit of the sport and with a selection of marques from Porsche, McLaren, Subaru, Ford, Mitsubishi and more; there’s plenty for fans to browse and see throughout the day. Additionally, our SLS sponsors will be on site with various trade stands and please do stop by for a chat. They’ll be delighted to help you with info on turbos, suspension and modifying your own vehicles, as well as lots more – they’re a wealth of knowledge and happy to help out where they can.

The weekend will be a game of two halves, with differing content taking place each day. Saturday will see, alongside SLS, the first round of the all-new SGK Championship – a head-to-head event where you’ll see fast smokey action made famous by Ken Block in his videos. The competition is open to front-wheel, rear-wheel and all-wheel drive cars with different classes for each. 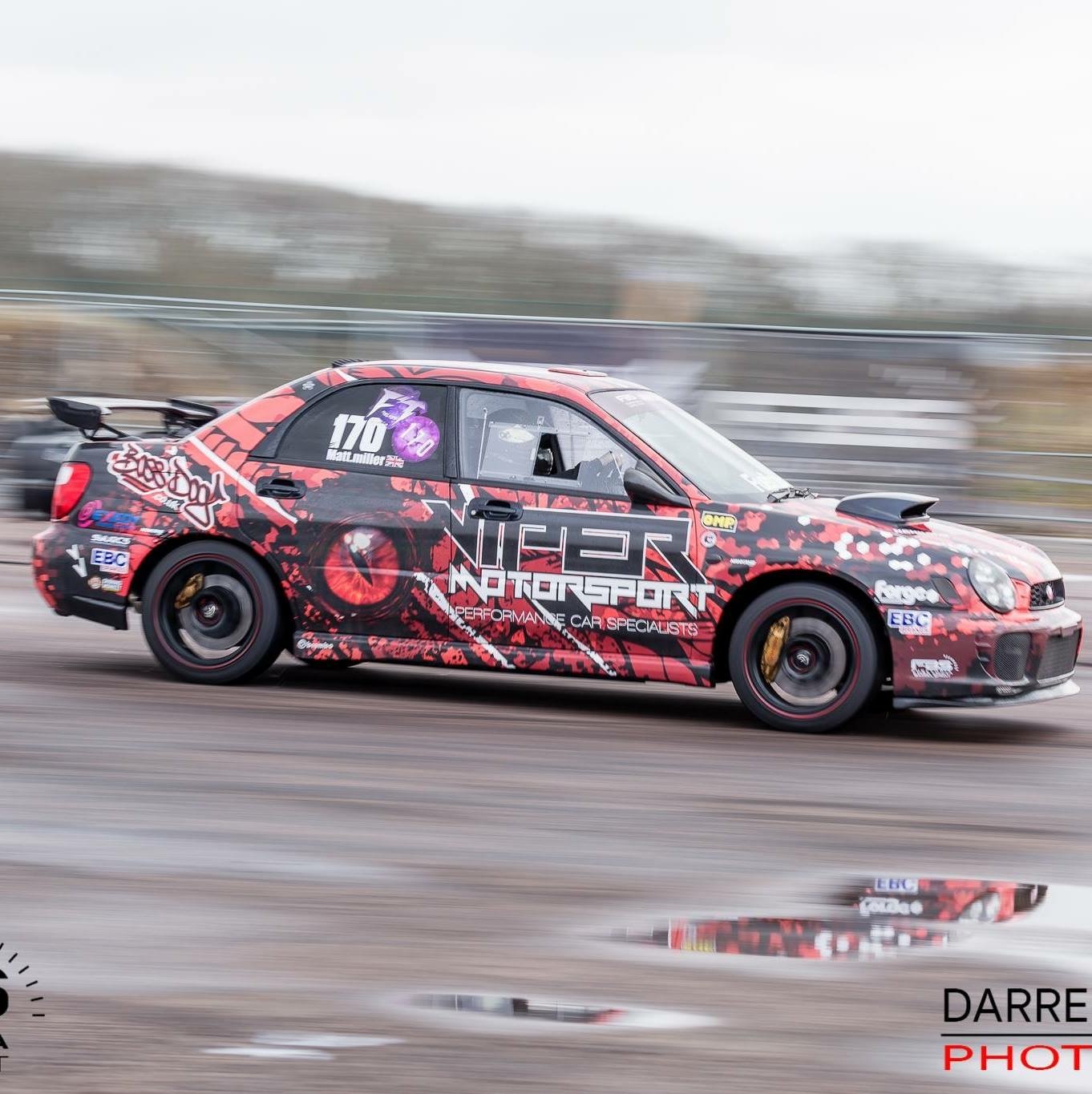 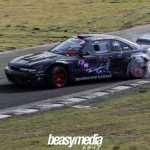 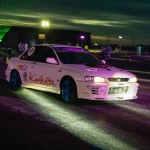 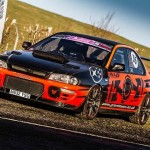 We held similar event at Knockhill last year and they really are an exciting addition to the schedule. Indeed, the organisers of the series have pulled off a bit of a coup for their first event – by attracting some of the top-ranked Gymkhana drivers in Europe. So, you could be lining up on the start line alongside Adam Elder (RWD) ranked 3rd in Europe and Lewis Jones and Matt Millar (both AWD) ranked 2nd and 4th in Europe respectively – a terrific day of competition is in store… guaranteed. If you’d like to get involved then check the SGK Championship Facebook page. 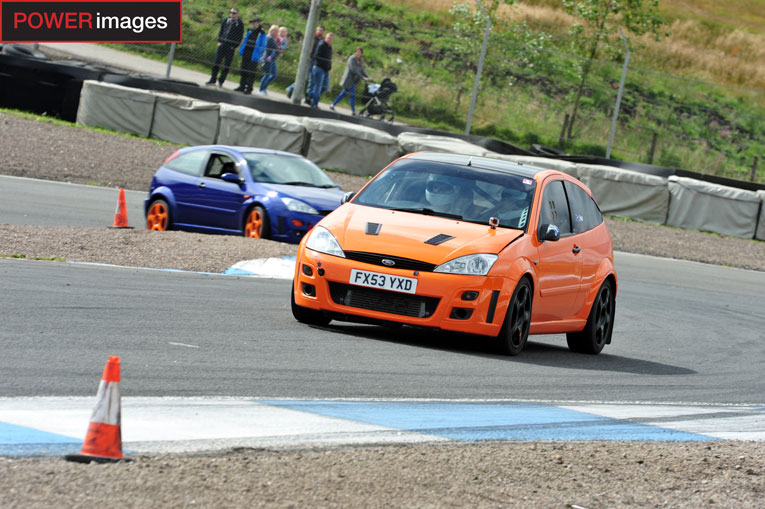 Elsewhere on Saturday, we’ll have a number of SLS Trackday sessions where you could tackle the famous twists and dips of Knockhill in your own car. There is a limited number of spaces (50 only) up for grabs and you can find further info via the Knockhill Trackdays website – pre-booking is advised. 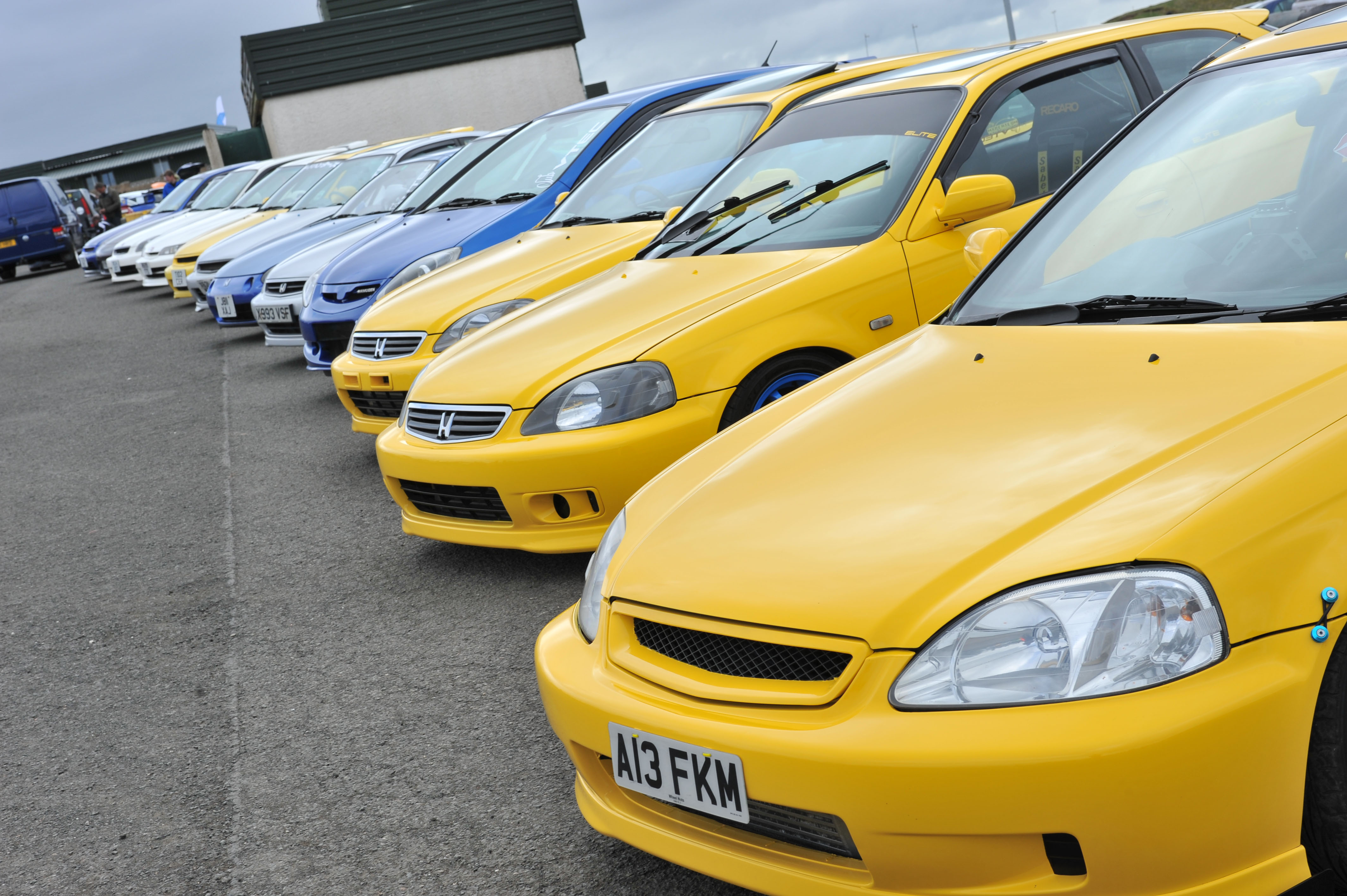 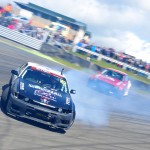 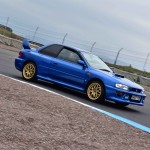 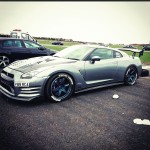 Sunday is show day, featuring up to 300 Japanese show cars from all the famous Japanese manufacturers including Subaru, Mitsubishi, Nissan, Honda, Mazda and more; with individual owners and car clubs hailing from all over Scotland and beyond; and with every one of them eyeing silverware in the Show ‘n’ Shine competitions. Indeed, the competition element will also be exclusively covered by cult car magazine Banzai. Parking up alongside all the Japanese metal in the paddocks will be a number of ‘1000bhp Club’ cars – including Roberto Ciara’s blisteringly quick, road-legal, Nissan GTR sporting, you guessed it, 1000bhp. However, one of the most popular cars will likely be Colin McRae’s 22B road going Subaru Impreza – a limited edition model that he and WRC Championship winning co-driver Nicky Grist received after their 1995 World Championship success.

Round 3 of Super Lap Scotland powered by Rockstar Energy Drink will feature prominently on track, alongside another host of SLS Trackday sessions which you can join in your own car – again further info via the Knockhill Trackdays website (50 slots available – please pre-book as these will likely sell out). Also on track, a number of our star SGK event entrants will be stopping over to join an assembled crew of local Drifters for a number of drift demonstrations on track, and we’ll have a spot of drag racing just for good measure.

Watch extended highlights from Round 1 of SLS:

“We’re really excited about this upcoming event. As well as running our 2nd and 3rd rounds of the 2016 Super Lap Scotland Championship powered by Rockstar Energy Drink, sports fans will be able to sample, participate in and enjoy a whole host of static and moving motorsport action. It’s going to be a thrilling weekend that’s for sure.”

Join us for jam-packed weekend of motorsport on 21st and 22nd May. If you want to get involved, check out the various website links above; or if you’d like to show your car on the day you can download our booking form from the events webpage link below.

Tickets for the event (either day or weekend) are available via the same link below with pre-booking discounts available. Alternatively, tickets will be available on the day at the gate (subject to on-the-day pricing – save money by booking in advance).

May 11, 2016
Events Blog No comments Events
← Track improvements on going at Knockhill Knockhill team up with Secure Airparks at Edinburgh Airport and you can save ££’s →