Rounds 2 and 3 of Super Lap Scotland powered by Rockstar Energy Drink welcomed a number of new faces to the fray for the weekend’s double-header on both Knockhill track configurations (Sat – Reverse and Sun – International). In all, 67 drivers lined up on the start grid for two full-on days of competition, a new record for the Championship. 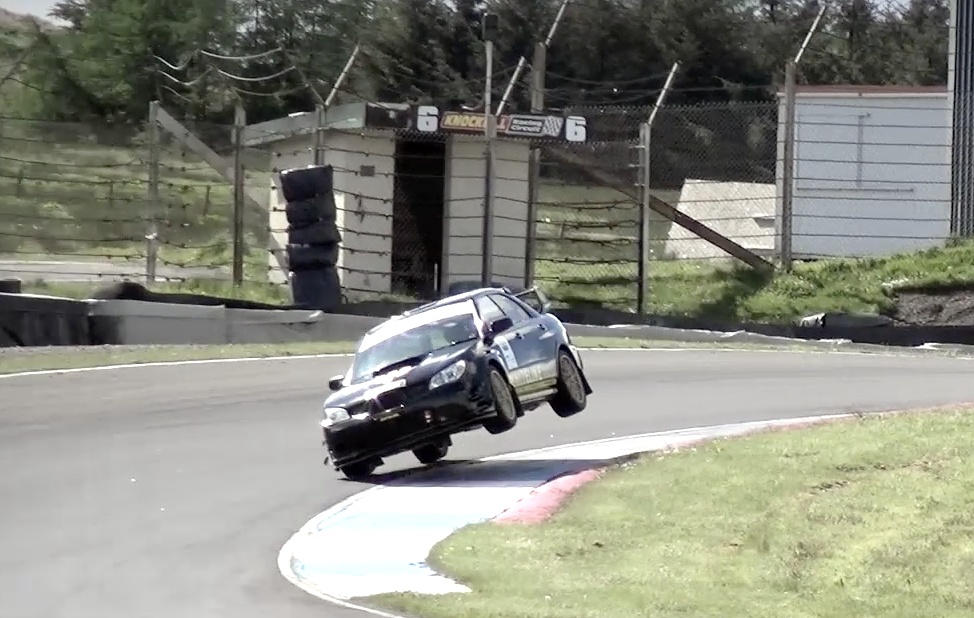 Story of the day at round 2 (Sat), had to be George Rigby (Rosyth) driving his Class C Subaru Impreza. Rigby had been strong all day, dominating SLS qualifying for class C by over 2 seconds; which meant he would have been fairly confident heading into the Final. However, an almighty moment at Clark’s corner, where he almost rolled his car, ruined his one and only ‘Super Lap’; eventually resulting in a 2nd place finish on the day behind Blair McConachie who surged to victory with an impressive lap time in Class C.

Sunday’s at SLS events are show days. Joining the Super Lap Scotland competitors on the day where over 300 show cars from varying Japanese manufacturers including Subaru, Mitsubishi, Mazda and more. Both individual owners and car clubs from all over Scotland participated on the day. There were also other on track activities including Drift demos, drag racing and car trackday sessions – with people in their own cars taking to the track during the event. 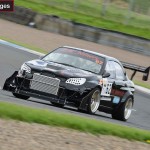 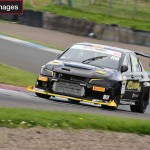 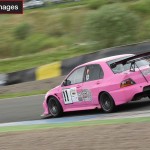 In SLS, it was undoubtedly the Pro class that stole the show, packed with cars sporting up to 900bhp under the hood. The sight and sound of these cars at full tilt is something to behold. Regular Scottish Championship race winner Ian Donaldson entered for the first time and duly pushed Armadale’s Paul Ranking all the way on the day.

Indeed, Donaldson had been on top all day and looked odds on for victory in his SLS debut. However he overcooked his ‘Super Lap’ entry to the Hairpin and locked the brakes before squirming through the gravel and back onto track to complete his lap, and still managing to post the fastest time of the day, at that point. Donaldson was later excluded for exceeding track limits but that didn’t take the shine of Rankin’s win. He’d nursed his Subaru through the entire weekend without a clutch and as he was pushed out of the pitlane for his final ‘Super Lap’ run he knew he had to come up with something special. He duly obliged by posting a 51.470 second lap, a personal best for him and the quickest SLS lap this season. 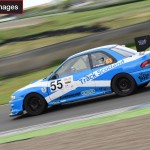 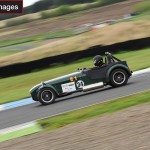 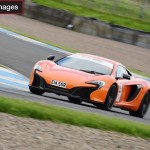 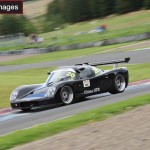 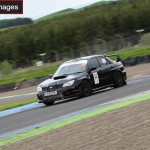 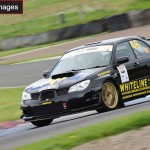 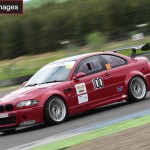 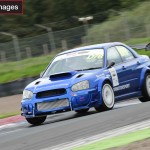 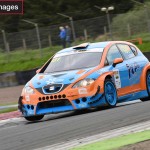 F – Ian Pitman managed to overcome a strong showing from Allister Phillips and Scott Robson in Class F on Saturday, with Phillips spinning on his ‘Super Lap’ run on Sunday making the Saturday result his best of the weekend. Scott Robson topped qualifying on both days and subsequently converted that to a win in Class F on Sunday with just 0.035s splitting him and Pitman on the timing screens.

E – Ali Mawot was flawless over the entire weekend. Topping every practice and qualification session over the weekend to cement a brace of victories in Class E. Matt Collins had to settle for 3rd place on Sunday, in part due to tyre issues that saw him broadside at almost every corner on Sunday.

D – Keith Cowie seems to be getting to grips with his new car, two sensational last-gasp victories in Class D will no doubt give him confidence for the rest of the season. This class is very competitive with less that a second separating Paul Tough, Steven Henderson and David Rybowski on the Sunday.

C – It was a straight fight between Blair McConachie and George Rigby in Class C all weekend with McConachie eventually getting the upper hand. Rigby however, still heads the Championship by 3 points.

B – Wayne Sutherland secured victory in Class B on Saturday during his first SLS foray of 2016, before a melted piston ended his weekend. Fiona Kindness took full advantage of that to secure Sunday’s win which keeps his at the top of the Class B Standings.

A – John Stevenson enjoyed his 2016 SLS debut so much that he shot to victory in Class A on both days. Sam Elassar managed to secure a couple of podiums to remain on top of the standings heading into July.

Pro – Well, despite being pushed hard on both days, Paul Rankin is still undefeated in SLS this year with three straight wins to date; the only blip on his score card this year was Sunday’s qualification defeat to Ian Donaldson.

The Edinburgh Watch Company Awards for the ‘Perfect Lap’ went to Steven McNab on Saturday and Fraser Jamieson on the Sunday. The Wullie Brown Awards went to Martyn Henry (Class C) and marshal Gordon Hay for his contribution to the event. Keith Cowie (Class D) took the Ian Forrest Driver of the Day Award on Saturday and John Stevenson took it on Sunday.

You can book tickets online now, hope to see you there.