Knockhill will once again reverberate to the sound of top-class MCE British Superbike Championship racing on the 24th, 25th, and 26th June. A full-on programme of practice, qualifying and racing will see some of the World’s best bike racers tackle the unique twists and dips of Knockhill. 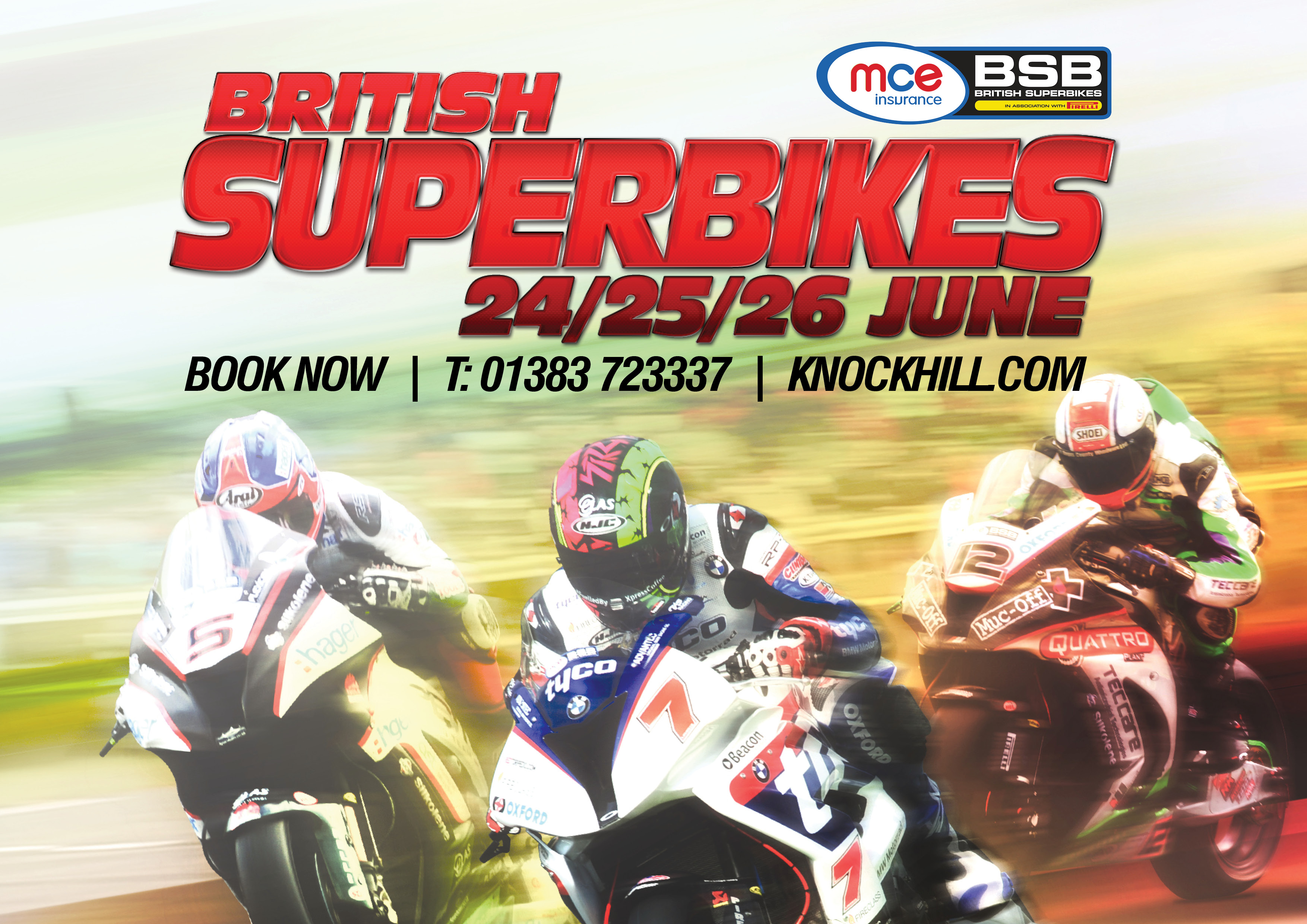 Topping the bill will be the MCE British Superbike Championship in association with Pirelli, featuring 19 teams riding machinery from the World’s top manufacturers including Ducati, Kawasaki, Honda, Yamaha, Suzuki and more; with top riders from all over the globe competing in arguably the best domestic bike racing Championship in the World.

The British Superbike events have become much more than just a race-meeting, it’s a real festival gathering with entertainment, action and enjoyment for all; with ultra-competitive racing that will have you on tenterhooks throughout!! Make sure you book your tickets online now – via the www.knockhill.com website.