Smiths Racing testing at Knockhill a couple of weeks before the 2016 Round of the MCE British Superbike Championship, set to take place on the 24th to 26th June. The team, were somewhat surprised by the 58 degree track temperature, but as everyone knows… that’s just standard for Knockhill.

We managed to grab a word with the Team Boss (Rebecca Smith) and British Superbike riders (Jakub Smrz & Howie Mainwaring); we quizzed them on testing and their thoughts ahead of the BSB round at Knockhill.

The team, were also joined by vastly-experienced rider Glen Richards. You can see his extensive interview with Duncan Vincent via the following link – . In the interview, Glen talks about the good old days training with Jim Moodie in Scotland, the Niall Mackenzie Bike School and of course the Isle of Man TT. 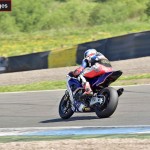 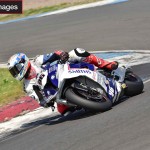 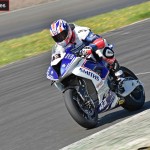 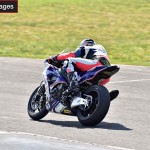 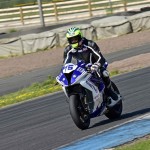 The 2016 MCE British Superbike Championship event takes place at Knockhill on 24/24/26 June; with Knockhill set to welcome a host of top riders and teams for three-days of fast and furious bike racing action.

Hope you can make it – tickets are available online now via the Knockhill website: