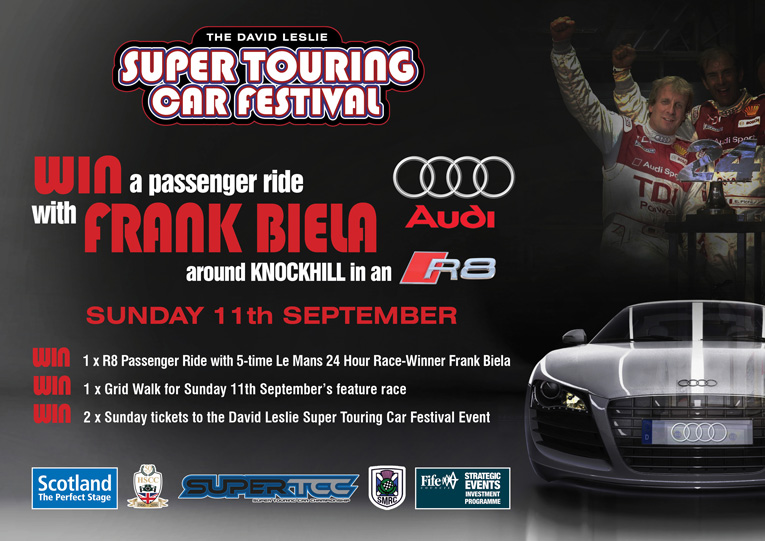 As well as being re-united with the stunning Audi A4 which took the Super Touring World by storm back in the 90s, and which also catapulted Frank to is only BTCC title back in 1996, Biela will also be teamed up with an equally stunning Audi R8 model – kindly supplied by John Clark Audi – for a number of press, sponsor and passenger laps. 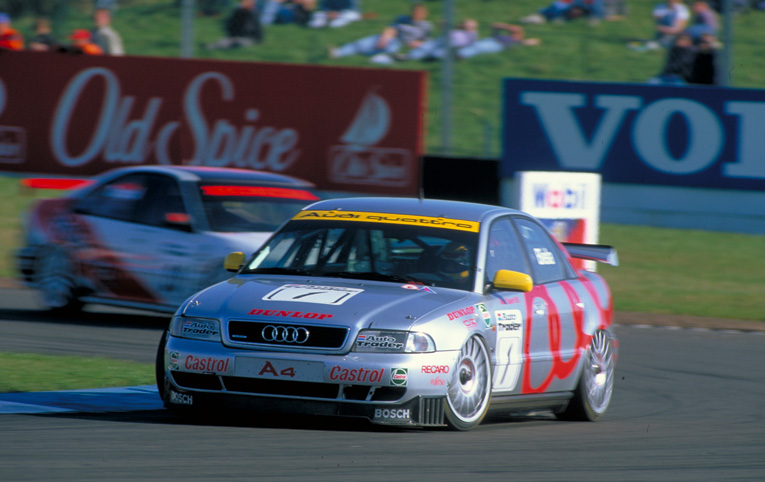 The passenger laps will be Frank’s only exertion on the tight twists and dips of the Knockhill track that weekend, as he won’t, unfortunately, be joining his fellow Touring Car legends – John Cleland and Gabriele Tarquini – on track for two feature Super Touring Car Championship races.

However, Frank is keen to fulfil his guest of honour duties what will include passenger laps, a Saturday night Q&A and autograph sessions beside said Audi A4 quattro. 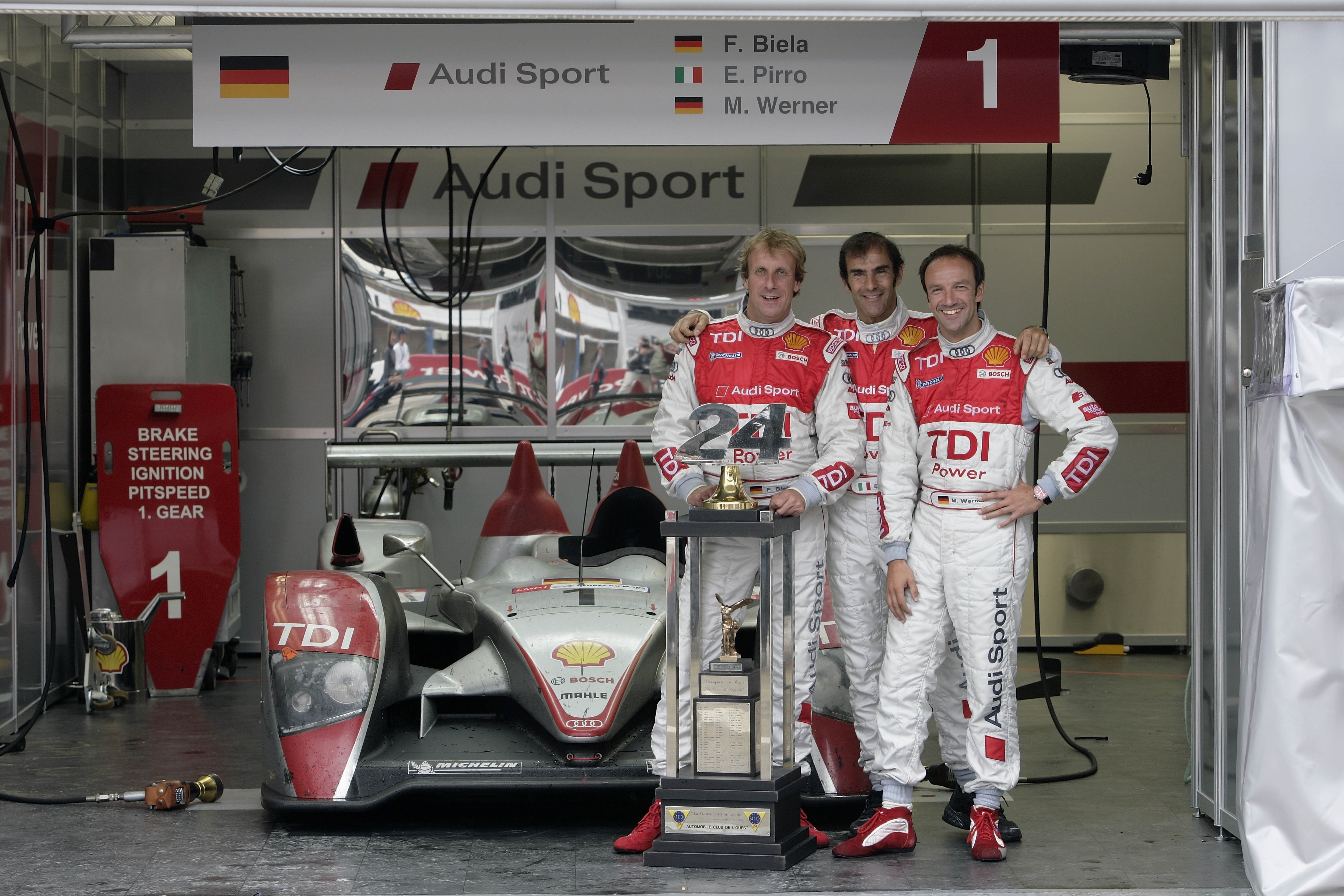 And, best of all, you could win a seat next to Frank in that Audi R8 for a memorable run around the Knockhill track on Sunday 11th September. As well as the ride, you’ll also win a pair of tickets and access onto the grid before Sunday’s feature race.

To win… it’s simple really. Just head on over to our Facebook page and share the passenger ride post with your friends. That’s it; and we’ll select a winner and notify you during the week if you’ve won.

Best of luck, and even if you don’t win; make sure you book your tickets for what promises to be a real, nostalgic trip down memory-lane as we welcome back Super Tourers to Knockhill for the first time in 17 years.