The Motorsport News Circuit Rally Championship, in association with MSVR, has unveiled an exciting eight round provisional calendar for its third season. The championship will feature rounds at seven of the country’s finest racing circuits across the UK including all four of MotorSport Vision’s venues, with the addition of three other fantastic UK circuits including the new for 2017/18 championship; Knockhill Rally to be held at the very famous Scottish circuit. 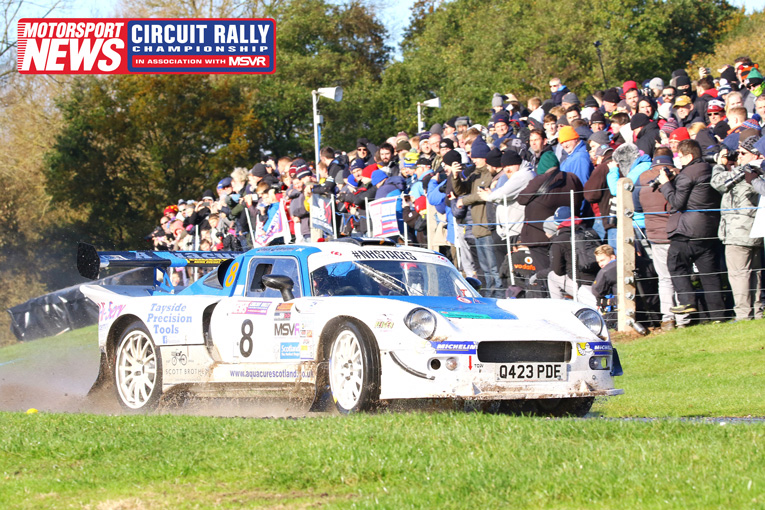 Circuit rallying features up to 100 cars competing against the clock, across a variety of bespoke rally stages incorporating different parts of the race circuit, including paddocks and perimeter roads. Sections of track are run in both directions and include challenges such as water splashes and jumps. The third season will kick off at Oulton Park in November before continuing to a spring 2018 finale.

Championship Coordinator Darren Spann commented “We are delighted to have put together such a fantastic provisional calendar, the addition of the fantastic Knockhill circuit which is so steeped in rallying history is significant. This addition gives our championship at least one round in Scotland, Wales and England and makes it truly a national championship, I can’t wait to sample what Scotland has to offer us. I must also pass on a massive thanks to the team at the Rockingham Stages for their support over the past two years and wish them good luck with this year’s event”

Stuart Gray, Knockhill Director of Events said “We are delighted to be hosting round 3 of Motorsport News Circuit Rally Championship. Knockhill have a very long pedigree of hosting rally events and stages of major rallies and we know the combination of stage miles here will be different and exciting for the crews and spectators alike. As recently as 2015, legends such as Stig Blomquist, Hannu Mikkola, Alistair McRae and BTCC stars Gordon Shedden and Aiden Moffat all took part in the McRae Rally Challenge and this event will mirror the stage miles used on that event.”

MSVR Race Operations Manager David Scott, said “With another great calendar for the 2017/18 season it looks like another bumper year for the Motorsport News Circuit Rally Championship. The inclusion of Knockhill adds variety and should provide some great action. Is there a prospect of a ‘wildcard’ entry from ‘Flash’?”

Further details on season three and the current season are available from the championship web site www.msnrallychamp.co.uk