Well, well, well a busy old weekend at Knockhill Racing Circuit as we witnessed 150 riders battle it out over eight championship classes, and 35 races, for KMSC and Scottish Championship points.

In the F125 class sponsored by Skinner Motorcycles, young Jack Hart stole a march on his fellow competitors with a dominant win… well five of them actually. There were also debut podiums for 12 year old Owen Paterson; whilst Joel Bavidge and James McLaren climbed onto the rostrum several times over the course of the weekend.

In the Open Classic class Jimmy Shanks lead the way, taking a 100% record away from the opening round of the season and a fistful of race-winning plaudits (4). Others gracing the podium over the weekend included Donald Henry, Brain Alexander, Dan James and Paul Steven.

In the Pre-Injection 600 class sponsored by Cupar Motorcycles, Kieran Murray was the man to beat; taking four race wins, including one for the Scottish Championship. Alan McGregor took the other Scottish Championship race-win and also adorned the podium on four separate occasions this weekend. Elsewhere in class, William Mason got himself onto the podium four times as well, with Alex McGuinness rounding out the podium scorers.

In the newly formed Marin Scottish Sidecar Cup, sidecar duo Stephen Kershaw and Stuart Clark were imperious – taking victory in each of the four races with margin to spare. For Kershaw in particular, this weekend wasn’t so much about the results, but more about the preparation for a British Sidecar appearance at Knockhill on 16/17/18 June as part of our Superbike event; and indeed, laying a few demons to rest around the tight and twisty Knockhill track following an 18 month sabbatical from Sidecar racing. As well as demons being laid to rest, dreams were also made this weekend, as Jock Taylor’s niece, Yvonne Davidson and passenger Mary Grant sampled Sidecar racing in its purest form for the very first time this weekend – despite some mechanical issues delaying those dreams to Sunday afternoon. 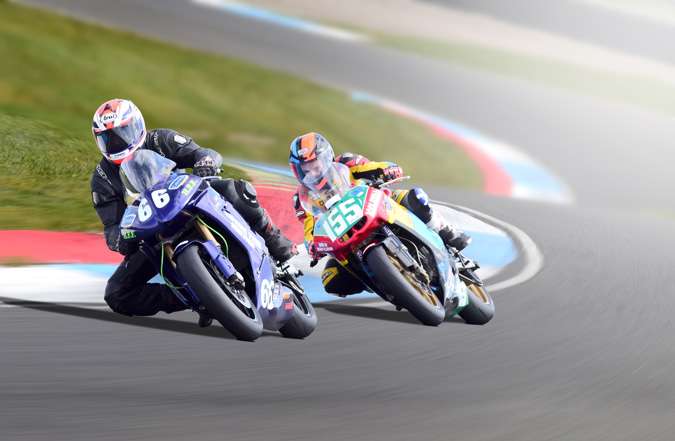 In the KMSC and Scottish Lightweight races sponsored by Shirlaw’s Motorcycles, Gillian McGaw managed to get the upper hand on her male counterparts by walking away with three race wins from a very productive weekend. Lewis Paterson bagged himself a brace of victories, whilst other podium scorers included Bruce Birnie, Josh Hodge, Grant Reid and former Scottish Mini Cooper Cup Champion Kenny Thirlwall – taking a welcome podium in only his second season riding in this class.

In the recently reformed Formula 600 class sponsored by BitWise, Kent’s Sam Wilford made the long trip to Knockhill as part of his preparations for the MCE British Superbike event here in June. His efforts were well rewarded with oodles of time on the bike and two race wins for his troubles. Jason Vernon also grabbed himself a brace, with Ewan Gray taking the remaining race victory. There were also podiums for William Monie, Bruce Birnie and Steven Haddow – who marks his debut weekend in this class at Knockhill with a 3rd placed finish. 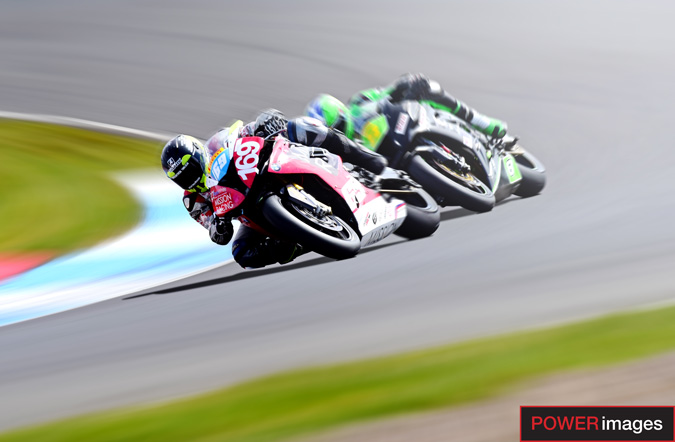 In the premier class, the Superbike and Clubman class sponsored by Scotwaste, it was young Geordie lad Chrissy Rouse who stole the show. Five race wins from five race starts, a new KMSC Championship lap record of 49.839secs, and a bag full of laps completed ahead of his National Superstock 1000 return in June. Interestingly enough, all five race results ended with Rouse, Lewis Rollo and Max Alexander taking the 1,2,3 on the road slots. In the Clubman class, Neil Brown was like a man possessed, racing away with four race wins and a 2nd placed finish for his efforts, whilst Daniel MacLean managed a solitary riposte to Brown’s dominance in Scottish Championship scoring race.

Our next event takes place on Saturday 27th and Sunday 28th May, if you fancy coming along, tickets can be booked online right now via the Knockhill website – www.knockhill.com.

A big shout out to all the riders, marshals and officials who help put together these terrific events for us at the Knockhill Motor Sports Club.

Thanks to Power-Images for the footage and pics.

Book Tickets for Round 2