The Scottish Sidecar racing championship has seem a phenomenal resurgence this season and it is primarily down to the long hard efforts of the Scottish Sidecar Racing Club Chairman Gavin Brown and a generous donation to the SSRC by businessman Boris Stroud. With his financial injection, entry fees have been subsidised, an end of season prize fund created, and with the continuous efforts by Chairman Gavin Brown with contacting racers both locally and nationally, 17 sidecar entries have been received with the the prospect of this rising to 20 as the season continues.

The Marin Scottish Sidecar Cup, run over 4 rounds with two at Knockhill and two at East Fortune, is the goal that the sidecar racers will be aiming for, as well as the individual prestigious Jock Taylor Trophy in September at Knockhill. Included within the entry is Yvonne Davidson (pictured here sat in her race sidecar), the niece of the 1980 World Champion Jock Taylor, who is making her debut on a Formula 2 sidecar belonging to businessman Boris Stroud. 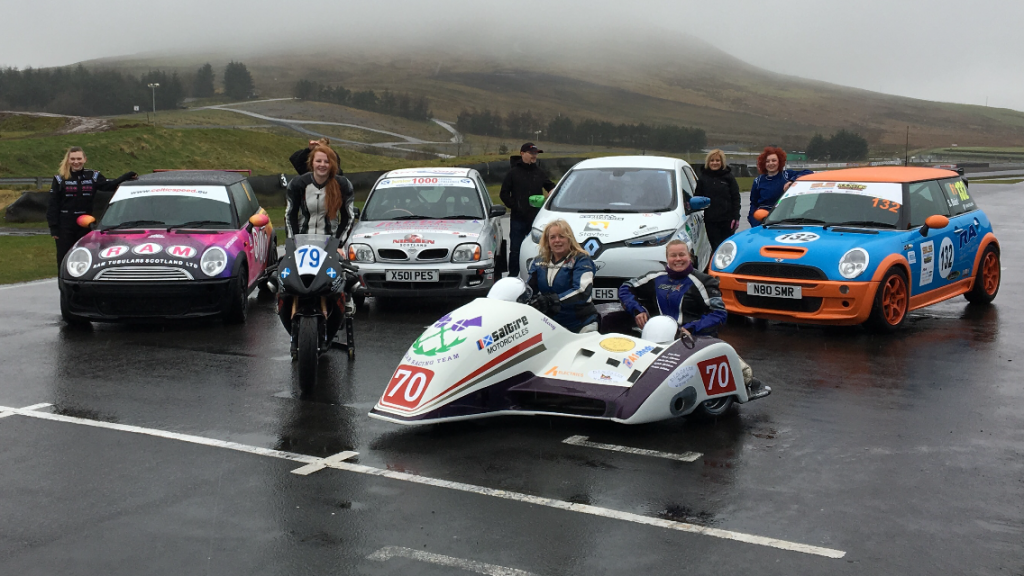 Advanced discounted tickets are available for the event on line or via 01383 723337 with admission £15 at the gate for adults or £13 for concessions, under 12’s are free.