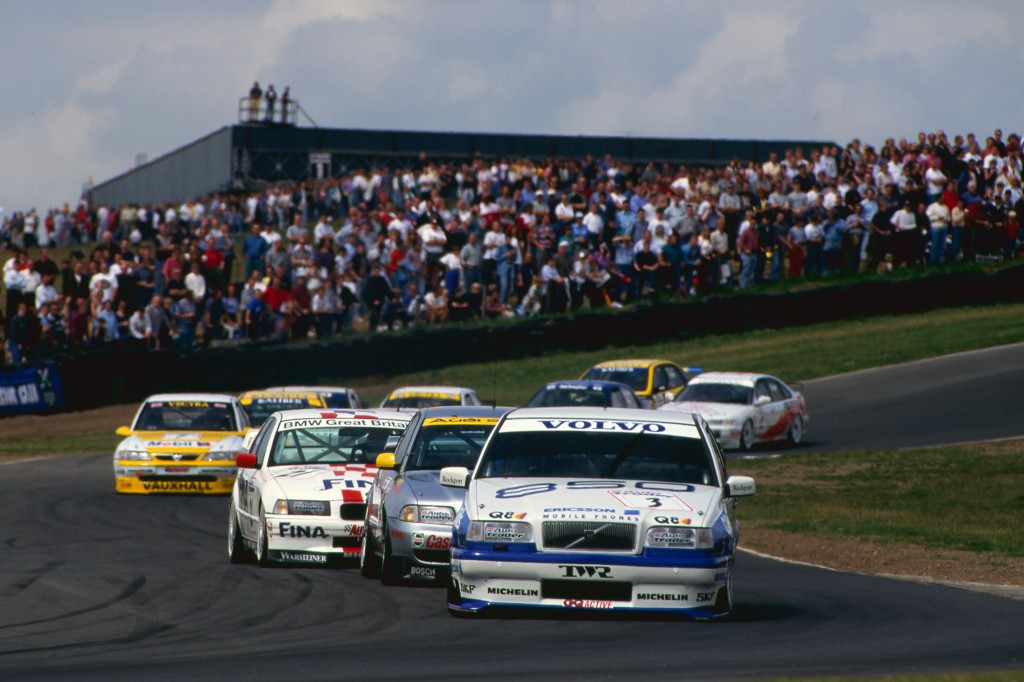 The weekend of June 3rd & 4th will once again reverberate the sounds and spectacular racing of the glorious Super Touring Cars as we host the 2nd David Leslie Super Touring Festival, supported by Fife Council.

This year’s event is expected to be one of the most special race meetings Knockhill has hosted as it will have a record entry of racers, boast a quality grid of Super Touring Cars and will see the largest ever grid of Formula Ford single seater racers on track, all vying for the prestigious David Leslie Trophy. Add in a hugely impressive demo of a Fernando Alonso Formula One Renault, and ex Nelson Piquet Benetton and an ex Laurent Aiello F3000.

The David Leslie Trophy will be most hard-fought race ever as Knockhill will play host to the National Formula Fords as well as the regular Scottish chargers. David, a former Formula Ford Champion himself is widely regarded as the man – together with his father, David Senior – to have discovered the likes of David Coulthard, Allan McNish and Dario Franchitti – introducing them to single seater racing under the David Leslie Racing banner. And, this special trophy race is a testament to that legacy that spawned some of the greatest racing talents that Scotland has ever seen.

Aside from the amazing Super Touring, Formula Ford entries and Formula One cars, we will also be hosting a number of special race cars within our pit lane garages “Exhibition Hall” including ex John Cleland Thunder Saloon, tribute to the Sierra RS500 and more recent BTCC cars as well.

Stuart Gray, Knockhill’s Events Director said: “We are both privileged and honoured to be hosting the second Super Touring Festival with increased quality and content over last year. We have star names and cars from the past attending, making it a true tribute to David Leslie, a Scottish racing legend.

Tickets for the event are available online now – subject to pre-booking discounts. Alternatively, tickets will be available at the gate throughout the weekend. Free on-site weekend camping is also available – pre-booking is preferred, and you can also enjoy a Super Touring Car Championship grid walk on Sunday 4th June (only) for an additional £5 – limited numbers and Gold Season pass holders will be granted free access.