Knockhill will play host to not just one event this weekend, but two; as we welcome the Ferrari Owners’ Club and Pirelli Ferrari formula classic Series north of the border for the first time since 2010 – on Saturday 13th May; and then on Sunday 14th May, we’ll welcome the Super Lap Scotland powered by Rockstar Energy Drink competitors for their second outing of the 2017 season. Additionally on Sunday, we’ll also see another running of our popular Japanese Car Show which will see the venue literally swell with Japanese manufactured machinery from the likes of Subaru, Mitsubishi, Honda, Mazda and more. 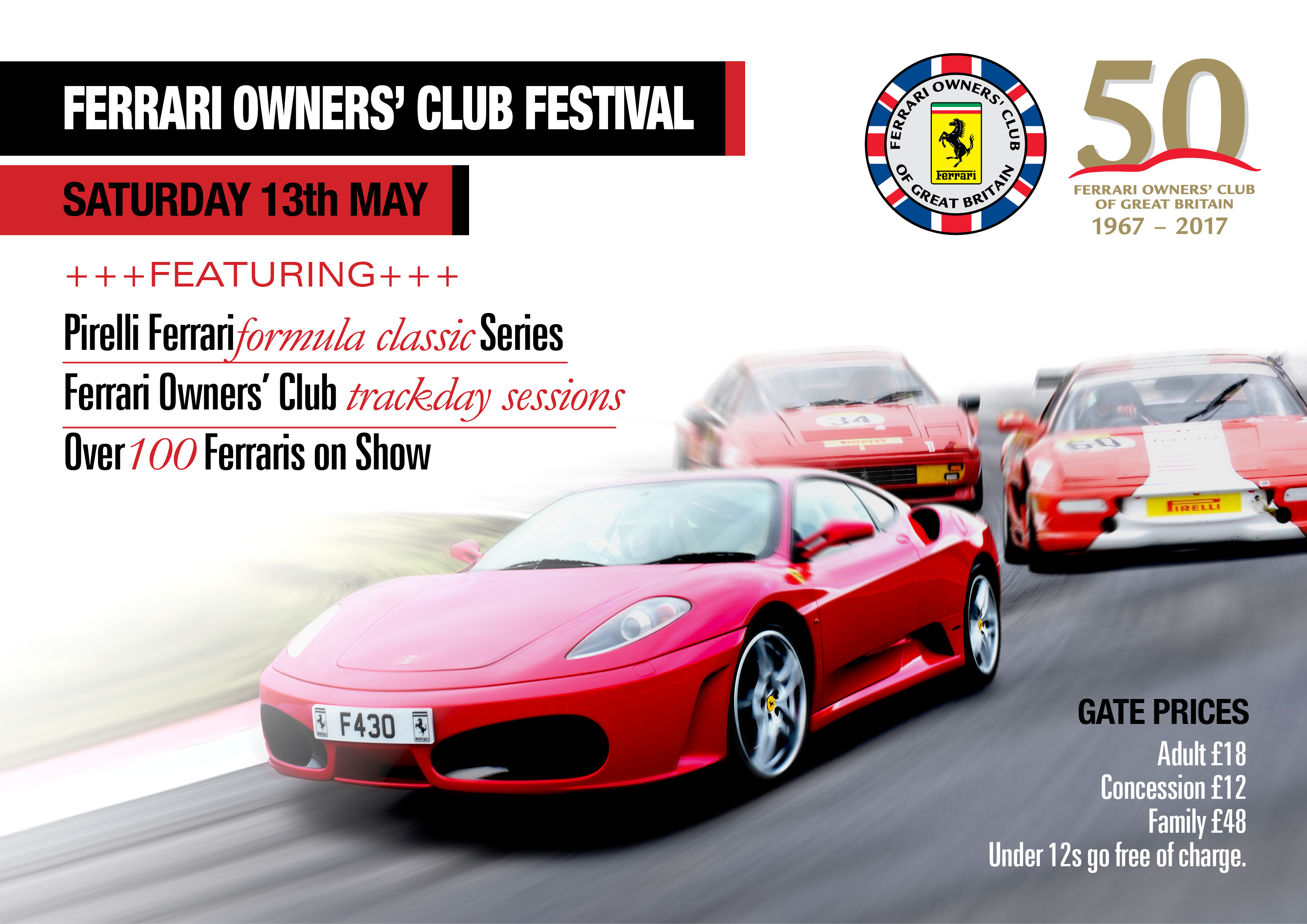 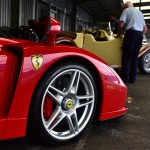 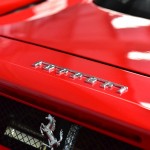 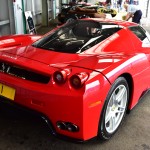 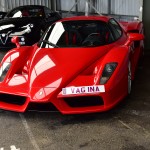 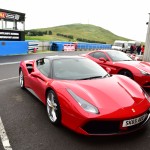 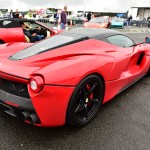 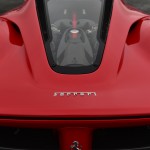 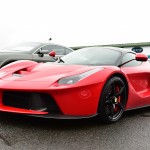 On Saturday, as mentioned above the Pirelli Ferrari formula classic Series will headline events on track, ably accompanied by a number of Ferrari Owners’ Club trackday sessions that will see some of Ferraris iconic models being driven flat out by their enthusiastic owners. If you like the sound of screaming Ferraris ringing out aloud before your very eyes then Knockhill is the place to be this Saturday. Additionally, the paddocks at Knockhill will be gleaming with Ferrari models of every shape, colour and marque you could imagine. Upwards of 100 Ferraris will be on show including some of the following models:

La Ferrari, 355 Berlinetta, 430 Berlinetta, 599 GTB, 458 Italia, 360 Spider, 246 Dino, California T and many, many more. Coincidently, the Ferrari Owners’ Club visit is part of the club’s 50th year anniversary celebrations which will also see many of the Club members attend a special dinner on Sunday evening following the events at Knockhill. Additionally, the iconic brand is also celebrating 70 years this year. Watch out for some of the officially sanctioned Ferrari events taking place all over the world in 2017. 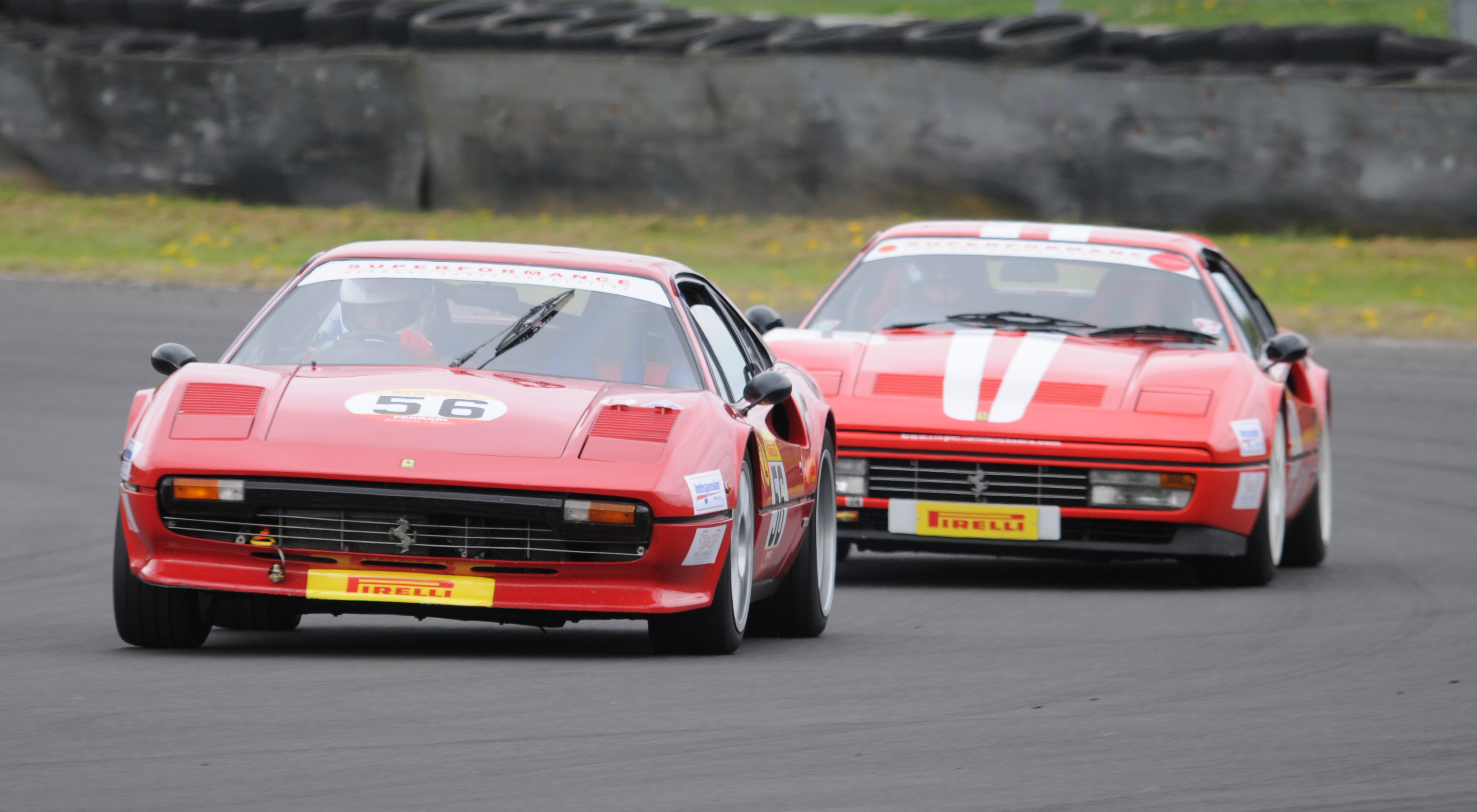 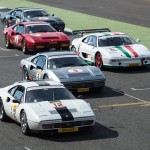 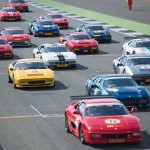 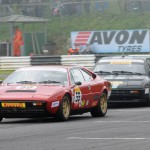 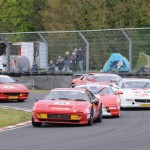 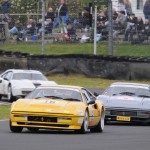 The Pirelli Ferrari formula classic Series will be with us all weekend long, joining in our SLS event on Sunday with a couple of 20 minute races. On Saturday however, the Ferrari competitors will be on track for practice, qualifying and one 20 minute race in the afternoon. The Pirelli Ferrari formula classic Series is made up of Ferraris built up to 1997, with the regulations geared to encourage racing between many different types of Ferraris, from 308s to 328s. In 2016 the regulations were expanded which now sees Ferrari F355s and 550s on the grid. This weekend at Knockhill, we have a mix of all four and are sure to be in for some exhilarating race action. Indeed, with the inclusion of the newer spec cars we’ll likely see the Knockhill lap records tumble and with this being the second outing of the season we’re sure to see some close door-to-door racing as competitors strive for those all-important series wins and podiums. 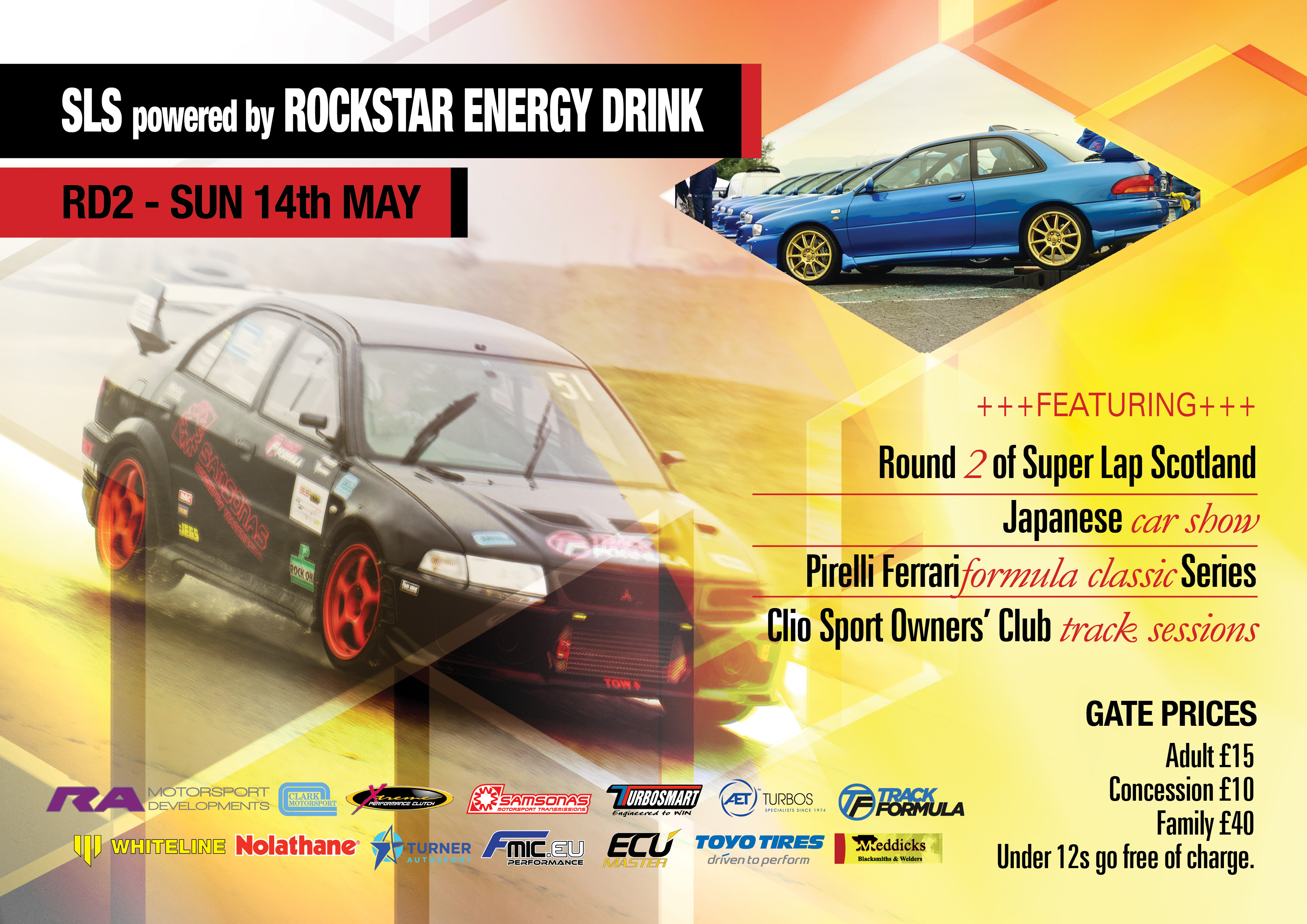 On Sunday, Round 2 of the 2017 Super Lap Scotland Championship powered by Rockstar Energy Drink will see up to 50 competitors in hot pursuit of that ‘Perfect Lap’ around the tight and twisty Knockhill track in our lap-time challenge event. Most of the competitors who took class honours at our opening event have returned this weekend with one notable exception. Robert Jobson, winner of Class F last time out, makes way for Colin Duthie in the Disability Motorsport Scotland Audi A3 which will see Colin become the first disabled driver to compete in SLS.

Colin will use the Audi A3s specially adapted hand controls to power his way around circuit and we’re all very keen to see how he gets on. Jumping up to the Pro class, Ross Howie enters the fray in a RA Motorsport developed Mitsubishi Evo; which also sees him compete in the series for the first time. Russ Paton returns to the Pro category and will certainly give Round 1 winner Colin Dorward something else to ponder ahead of what promises to be an extremely competitive weekend on the time sheets.

Additionally, Adam Kindness returns to SLS action following a baptism of fire in the Celtic Speed Mini Cooper Cup at the weekend. Elsewhere, Martin Henry comes back to Knockhill in the midst of a winning-streak; round 1 winner at Knockhill and Time Attack class winner, and new lap record holder, at Cadwell Park recently. He stated he wanted to win the Class Championship this year and he’ll definitely be a hard man to beat this Sunday. Mark Dawson also makes a welcome return in a SEAT Leon Supercopa in either C/D class and he’ll also be one to watch this weekend. Of course, our sponsors will be in attendance and if you’d like a word with them simply find them in the paddock; they’ll be happy to help, offer advice and give you tips on all sorts of things from turbos to helmets, from gearbox actuators to clutches and everything in between. They are a wealth of information, don’t be shy, just head on over and introduce yourself.

As with most SLS events, there is always plenty going on in-and-around the paddock and this Sunday will see us host of Japanese Car Show. Special exhibits will include a 3000hp Nissan GTR and our spectacular 1000bhp club returns for another year. The paddocks will be rammed full of Japanese machinery from almost every conceivable manufacturer you can think of, and then some. The scale of the show has practically doubled on last year and as you can see from the video footage, it was pretty big… god only knows what this weekend will be like. The Clio Sport Owners’ Club Scotland will also be on track – they’ll have 5 exclusive sessions for there members running throughout the day.

Here’s a few links to some of the important documents:

Tickets for both events can be booked online via the Knockhill website. Alternatively, tickets can be purchased on the gate throughout the weekend. Simply arrive on the day you wish to attend and pay your entry fees to the staff at the gate.

There is also a weekend ticket option available on both event webpages should you wish to attend both events.

Look forward to welcoming you to Knockhill for another exhilarating weekend of racing and SLS action.

May 10, 2017
Events Blog Super Lap Scotland No comments krcadmin
← Competition to win a Ferrari passenger ride at the Ferrari Festival It’s Forza Ferrari at Knockhill this May →