We’re now just a matter of days away from the 2017 David Leslie Super Touring Car Festival at Knockhill (3/4 June); so we thought we’d turn the clock back to 2016 and have a look at the two races that took place for the HSCC Super Touring Car Championship at Knockhill over the weekend of 10-11 September 2016. 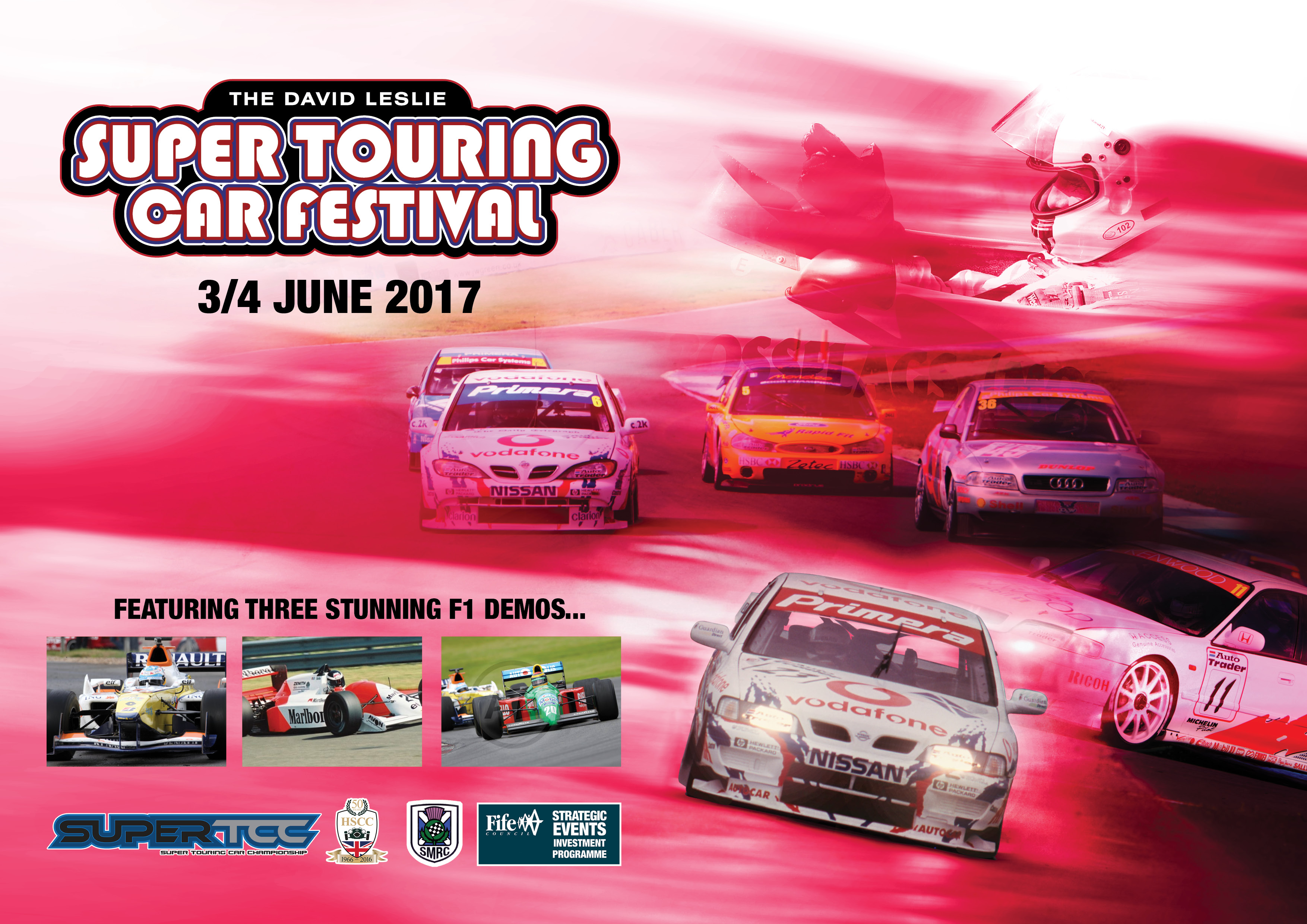 Scotland’s own John Cleland had a weekend to forget behind the wheel of his 1997 Vauxhall Vectra. However, John was here recently and seems to have got to the bottom of the misfire issues that hampered his weekend last time around, so he’ll be looking to make amends this time around on 3-4 June, which is an exciting prospect for all the fans.

Last year saw Gabriele Tarquini make a triumphant return to Knockhill behind the wheel of an ex-David Leslie Honda Accord; with the Italian bagging a brace of race wins over the course of the weekend. He was also joined at the track by former BTCC Champion Frank Biela who enjoyed a few laps behind the wheel of the Audi A4 Quattro he piloted to BTCC success in 1996 – when the Super Touring era was at its peak.

With another two races scheduled for this weekend, and a quality field in place; we are hoping that the racing will transport us back to when top names such as Rydell, Menu, Biela and Tarquini locked horns on track with drama, intrigue and excitement in hot pursuit.

Tickets for this weekend’s David Leslie Super Touring Car Festival can be booked online now via the Knockhill website (with pre-booking discounts available up until the weekend. Alternatively, ticket will also be sold at Knockhill throughout the weekend. Just ask to pay at the gate on arrival.

Find out more about our Super Touring Car Festival event.

May 31, 2017
Events Blog No comments krcadmin
← Catching up with BTCC legend Tim Harvey John Cleland looking for success at Knockhill this weekend →