The 2017 MCE British Superbike Championship resumes battle this weekend (June 16/18) and a number of leading TT stars will be returning to short circuit action at Knockhill just north of Dunfermline.

These include 2017 Lightweight TT winner Michael Rutter whereby the veteran Brummie is no stranger to Knockhill, as he always goes well there, and will be looking to maintain his challenge in the Pirelli Superstock 1000 Championship for Bathams BMW.

The revelation of TT 2017 was undoubtedly Lincolnshire ace Peter Hickman who took an amazing five podium finishes during race week in only his fourth visit to the 37.73-mile Mountain Circuit and he returns to MCE BSB action for Smiths BMW. Martin Jessopp scored a podium this year too and contests both MCE BSB races for his usual Riders Motorcycles BMW Team. Add in the likes of Josh Brookes, Craig Neve and Sam West along with sidecar aces Tim Reeves, Peter Founds, Alan Founds and Scotland’s own Gordon Shand amongst others, it should make for a fantastic schedule.

Father’s Day falls on Sunday and plenty of the children of the top riders will be looking for dad to make it a special one for sure. Series leader Leon Haslam knows both his kids will be hoping for more Knockhill success whilst Shane Byrne’s pair will be hoping he can become the daddy and add to his 11 Knockhill victories. Second placed Luke Mossey, as well as Glenn Irwin, Dan Linfoot, John Hopkins, Sylvain Guintoli, James Ellison and Jakub Smrz will all have added incentive to bring home the silverware for their little ones too and no doubt a number of dads will be making the trip to Knockhill as part of their special family day too.

Stuart Gray, Knockhill Director of Events: “We always look forward to the MCE British Superbikes coming to Knockhill and we welcome all the riders, especially those who did such a magnificent job at the TT. There’s all of the main support race action to enjoy over the whole weekend with lots of Scottish involvement and the icing on the cake is the Scotland v England Pro-Am race which is packed with 16 racing legends from the two nations. Ex GP, TT, World Endurance, British and Scottish champions will all add to this very special race, it’s going to be memorable!” 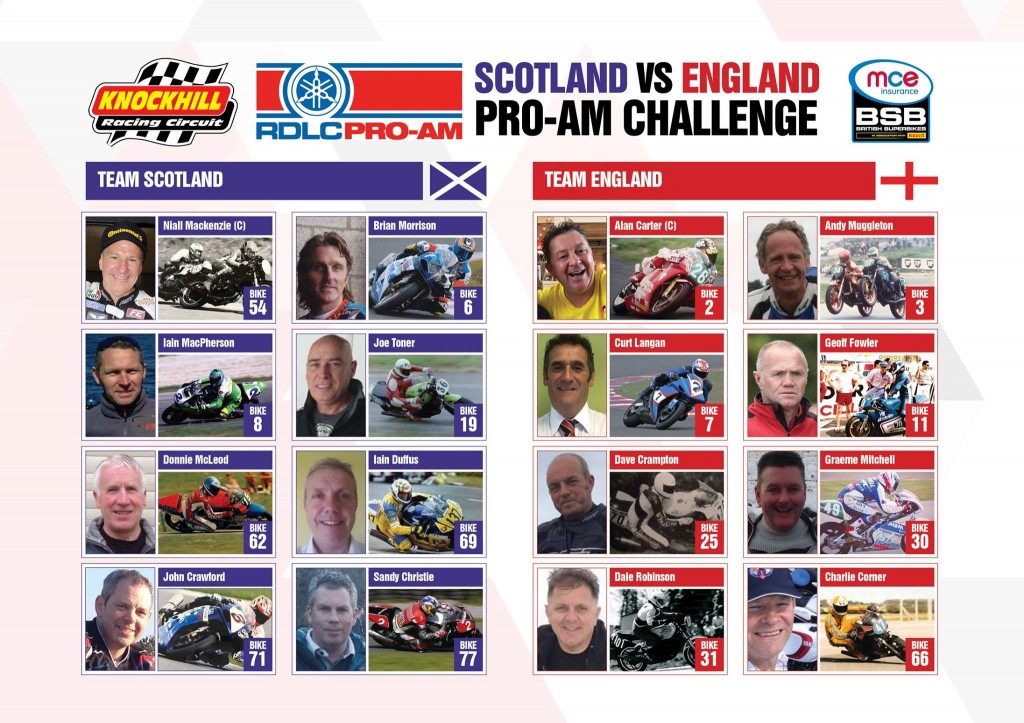