The Scottish Motor Racing Club return to Knockhill this weekend (Sunday 2nd July) for what promises to be another thrill-a-minute day of racing and entertainment on Knockhill’s twisty and undulating tarmac. Seven main Championship classes will take to the track throughout the course of the day with action starting off with qualifying from 8.30am onwards, with the first race action set to commence at approximately 10.35am. From there, fans will be able to enjoy a full-on race programme that will see a total of 16 races take place. 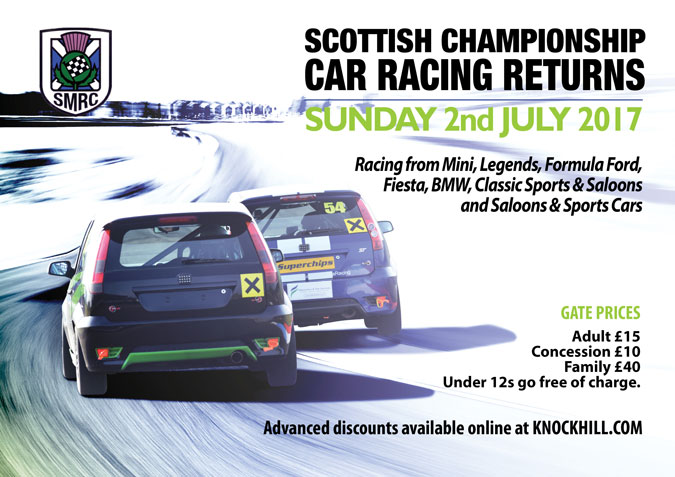 The Celtic Speed Mini Cooper Cup will race on track three times over the weekend; with Morgan Murray currently leading the points-standings ahead of Robbie Dalgleish, Dominic Wheatley and Mark Geraghty. Murray has a 42-point advantage at the head of the field, but Mini racing is anything but straightforward – with five out of the six top drivers taking race wins already this year. In all likelihood we’ll see a few more names feature on the top step before the season is over.

In the Scottish Legends Championship, Motherwell’s John Paterson continues to dominate; he’s scored three maximum 600-point hauls already this season and despite the efforts of David Hunter (P2) and Ryan McLeish (P3) the multiple Legends Champion has, in-effect, an entire race meeting to spare points-wise. However, he can’t pull out the deck-chair and cigar quite yet as Ben Mason makes a return to the series this weekend and he will most certainly feature at the sharp end from the off.

Here’s a little sample of what to expect this weekend.

In the Scottish Fiesta ST Championship, defending Champion Wayne Macaulay is going toe-to-toe with Barry Farquharson this season, with the Forfar pairing finishing in 1st and 2nd positions in all the races bar one this season – a race which saw Peter Cruickshank finally get that Fiesta ST win that his experience and perseverance deserves. In the XR2 side of the series, there’s a couple of new names at the forefront of the Championship – with Graeme Cuthbert and Robert Kerr battling it out for supremacy in class.

In the Formula Ford Championship, Ross Martin (a newcomer to single-seater racing this season) started the season like a scalded cat, walking away with the first 4-race wins of the season. However, Seb Melrose has continued to pluck away in the background and after a breakout meeting at the Super Touring Festival where he secured his first, and second, FF race wins – finds himself amazingly equal with Martin on 125-points at the head of the Championship standings. With both drivers last time out embarking on National as well as Scottish outings at the May meeting, it will be interesting to see who come out on top at this strictly Scottish outing (just two races). 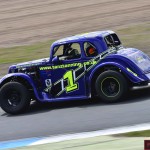 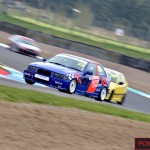 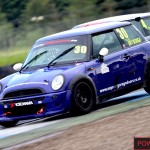 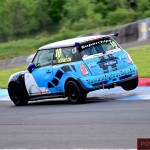 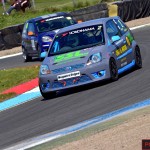 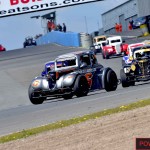 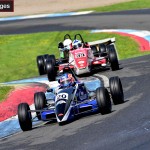 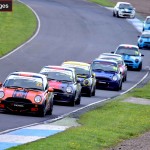 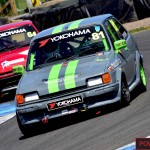 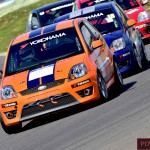 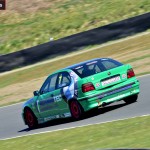 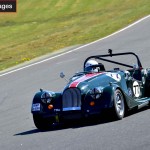 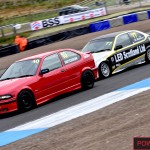 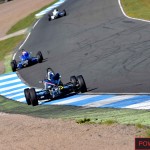 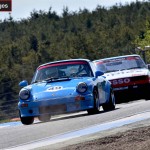 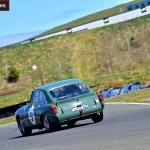 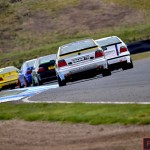 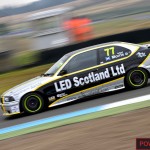 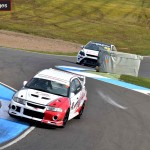 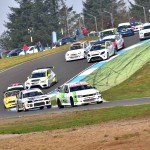 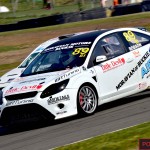 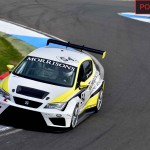 2016 champion in the Scottish BMW Compact Championship, Gary Clark has his fair share of bad luck this season. However, despite some reliability issues with his car, he still finds himself P2 in the standings behind Motherwell’s Steven Goldie. Indeed the top five in this Championship are separated by just 28-points; so we can expect anything to happen this weekend at the BMWs take to the track for their two races.

Elsewhere on the programme, we’ll see some of the fastest cars race head-to-head in the Scottish Saloon and Sports Car Championship; which currently sees William Robson lead the overall standings ahead of Andrew Morrison and Andrew Paterson. On the road victories will likely go to Ron Cumming – who took a pair of wins at the last meeting in his Nemesis sports car. However, this time around don’t former Saloons and Sports Car Champion David Headen, who returns to the series this weekend behind the wheel his mighty Caterham. Running alongside the Saloons and Sports Cars is the all-new Mini Cooper S R53 Cup which currently sees Mini expert Oly Mortimer lead the way ahead of Daniel Dreeland and Ray MacDowall.

On the classic side of things, it’s Alistair Baptie who currently heads the Championship ahead of Bruce Mitchell and Michael Longstaff. Very similar to the Saloons and Sports, the Scottish Classic Saloons and Sports Car wins will likely be a straight fight between Tommy Gilmartin, Raymond Boyd and Andrew Graham.

If you fancy starting the summer holidays with a bang… head on down to Knockhill this weekend for 8 hours worth of exhilarating action around the twists and dips of Knockhill. SMRC race meetings at Knockhill are thronged with vibrancy, colour, action and drama – make sure you pop along for a look – it really is an enthralling day watching drivers of all ages fight at close quarters on the Knockhill track for those all-important Championship points and podium positions.

Tickets can be pre-booked online, subject to advanced booking discounts, or bought on the day at the gate. Hope to see you here.