Well, it’s that time again when Scotland’s top racing talents find out if their season long efforts finally pay dividends in the final Scottish Championship car race meeting of the season; with 90 racers set to converge on Knockhill this Sunday (8th October) to see out the final 16 races of the 2017 season. 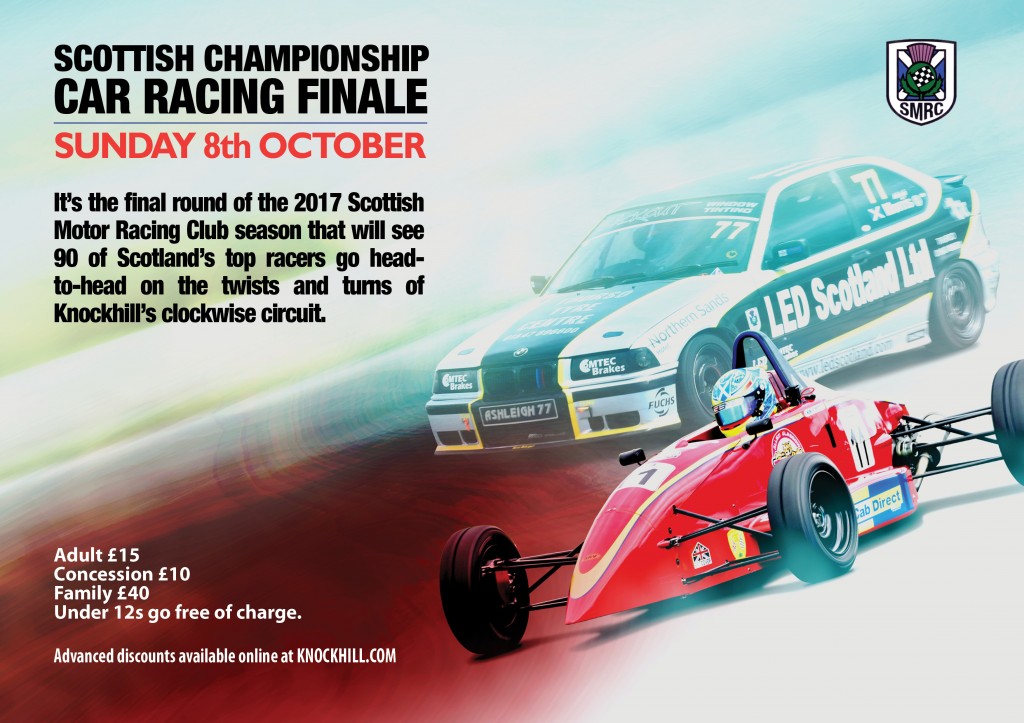 One of the most hotly contested Championships up for grabs is the Celtic Speed Mini Cooper Cup. With a grand total of 75 points up for grabs between the final three races of the season, which effectively means that the top six contenders in the Championship have a mathematical chance of winning the title. Now that said, the more likely scenario will be that the top three will battle it out for the winning-spoils on the day with just 17-points separating Morgan Murray (current leader), Mark Geraghty (2nd) and Robbie Dalgeish (3rd). Hannah Chapman, Ian Munro and Dominic Wheatley have an outside chance, but will most definitely play a significant role in determining where the title ends up this weekend. Mind you, when all said and done the Mini Cooper Cup is one of those Championships you just-can’t predict – it will likely go down to the very last lap, of the final race and will surely make compelling viewing for those that make the journey to Knockhill this weekend. 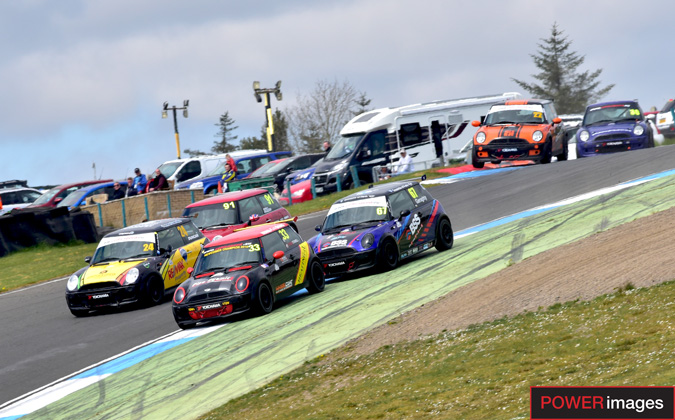 Congratulations must also go to one the first Championship winners of the season. Ross Martin has secured the 2017 Formula Ford 1600 title with one round to spare, and in the process bagging himself a place on the Mazda Road to Indy $200,000 Scholarship shootout – set to take place at the Bondurant Racing School near Pheonix, Arizona on 9/10 December. We wish Ross the best of luck and hopefully he can grab this amazing opportunity with both hands and put the SMRC, and Scottish racing talent on a worldwide stage. 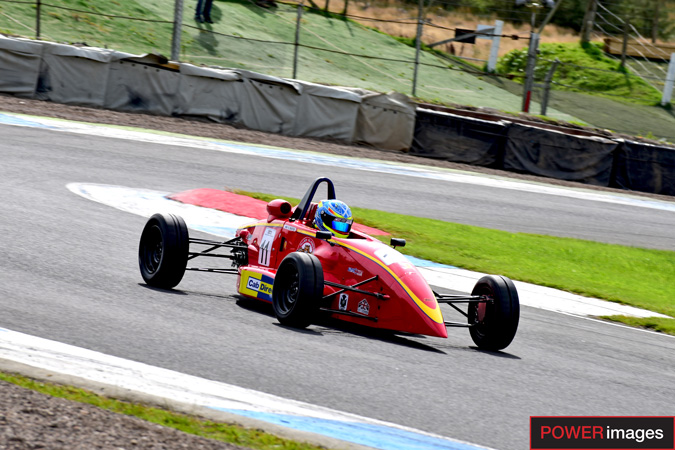 Joining Ross Martin as a Championship winner already in 2017 is Alasdair Baptie, driving his Fiat X1/9 to an impressive 11 class victories this season, with the only blot on his copybook this year, a DNF last time out in the 2nd race of the day. However, with an unassailable lead of 61-points heading into the weekend’s Classic Sports and Saloon races; Baptie will perhaps take some time to enjoy the moment before he collects his Championship title in early December from the SMRC. 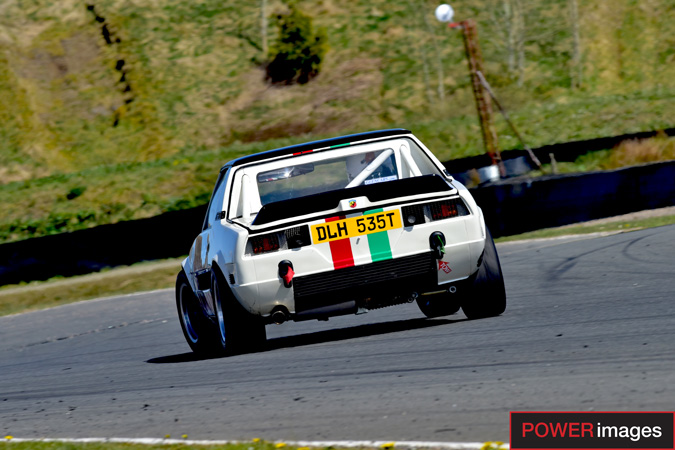 With 600 points up for grabs in this weekend’s Scottish Legends Cars Championship, John Paterson (multiple champion) will have is eye on not only one, but two of his fellow competitors. Both David Hunter and Ivor Greenwood still have a mathematical chance of pipping Paterson to another SMRC title, however, this year has been far from plain-sailing for the Motherwell man. Three perfect scoring weekends out of the opening four rounds gave off the impression that the Paterson juggernaut would steamroller the field once again. But, a series of dogged performances from Hunter and Greenwood have kept them within striking distance of the main-man in Legends racing. And, Paterson will know, sometimes things don’t quite go according to plan on race weekends. Cue a spectacular shunt midway through the season and a measly points haul by his own exceptionally high standards – just 135 of them at round seven – will give the man carrying the no.1 plate plenty to ponder ahead of another triple-header raceday at Knockhill this Sunday. 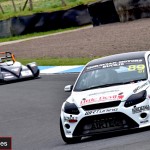 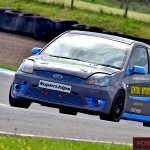 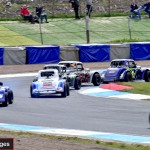 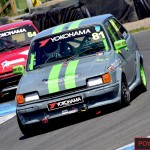 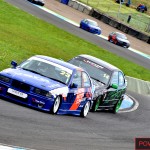 Elsewhere, the Scottish Sports and Saloon Car Championship will see a three-way battle between William Robson (P1), Andrew Paterson (P2) and Kenneth McKell (P3) for the overall title. Aside from the overall Championship title, there is also the matter of individual Class honours up for grabs as well. Congratulations to Oliver Mortimer who has wrapped up the Mini Cooper S R53 Cup ahead of this weekend.

In the Scottish Fiesta series, the XR2 element of it will come down to either Graeme Cuthbert or Kristian Leith; with Cuthbert holding a 39-point lead heading into Sunday’s two races. Whilst, in the ST side of things; Wayne Macaulay has wrapped up another title ahead of the weekend. With a commanding 99-point lead against second placed man Barry Farquharson securing the 2017 title ahead of Sunday’s two races.

Finally, the Scottish BMW Compact Cup will see a straight shoot-out between Lee Elrick (P1), Garry Clark (P2) and David McNaughton (P3) for the title. There is only 8-points separating the leading duo in this class, with McNaughton 30-points off the lead. McNaughton will definitely require some misfortune to befall his fellow competitors if he stands any chance of overturning that deficit on the day.

Tickets for the event can be pre-booked via the Knockhill website in advance until midnight on Saturday at a special discounted rate. Kids under 12 also go free to all Knockhill events this year. Alternatively, tickets will be available on the day subject to the following admission prices – Adult £15, Concession £10 and Family £40.

Hopefully, you’ll join us as we close out the 2017 SMRC Championship season.