We’re just 20 days away from the inaugural visit of the MSN Circuit Rally Championship in association with MSVR, on Sunday 3rd December. We sent Knockhill’s resident TV man, Duncan Vincent, to Oulton Park Circuit to catch up with Championship Co-ordinator Darren Spann at the series’ launch back in August. 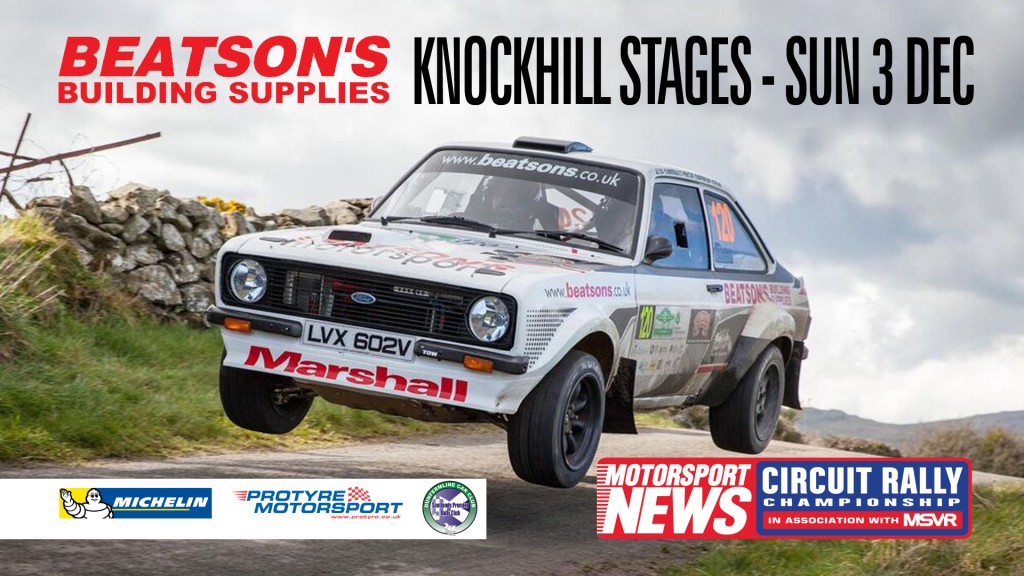 Knockhill will welcome the winter-rally series on Sunday 3rd December for round three of the Championship – an event sponsored by Beatson’s Building Supplies, which will see Rally crews from far and wide tackle seven of the UK’s top circuits with stops at Cadwell, Snetterton, Brands Hatch and Angelsey Circuits to name a few.

The competition, which kicked off on November 4th will continue through to April next year with Angelsey Circuit hosting the final round on 15th April. The Knockhill event has been organised with help from the Dunfermline Car Club and early signs show that we could be set for a titanic Scotland Vs England battle with many crews from South of the border making their way to Knockhill to compete head-to-head with a strong Scottish contingent.

Tickets for the event are online now, subject to advanced booking discounts. Alternatively, tickets for the event can be purchased at the gate on Sunday 3rd December. Please note that the Rally event will use the main circuit as well as a number of periphery roads; therefore, spectating areas will be restricted for this event to ensure the safety of the general public.

It will still be a spectacular event, with the NSM Circuit Rally Championship competitors being the first series to tackle the newly resurfaced twists and dips of Knockhill.

November 13, 2017
Events Blog No comments krcadmin
← Be the first to drive our new Tarmac! Discounts on Beatson’s Rally and Rally Driving Experiences! →