As the dust settles on another exhilarating Grant Construction Rally at Knockhill, which saw a two-team tussle for the lead all day long – culminating in a win for John Marshall and Scott Crawford in their Subaru Impreza. 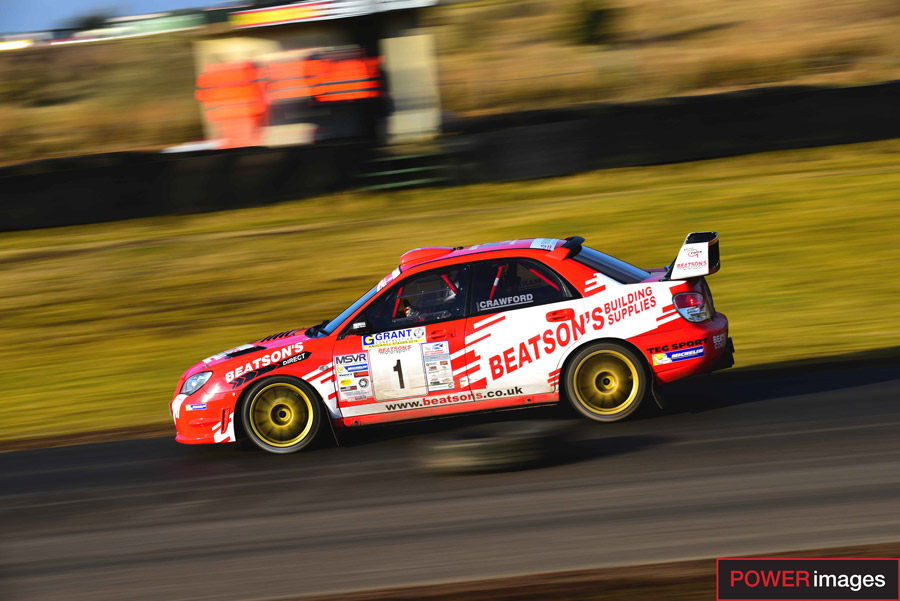 Things were tight at the top until the very last stage when the unfortunate David Hardie and Mark McCulloch crashed out of the running allowing Marshall and Crawford to seal a comfortable victory by 34 seconds ahead of Ian and Alan Paterson, with the Hastings pairing taking third on the road. 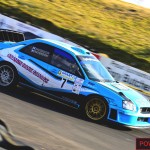 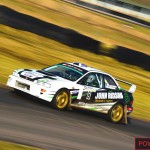 Video highlights from the day:

It was a pulsating Rally, which saw both Hardie and Marshall lead at stages throughout the day. The times were equal heading onto the start of Special Stage 6. However, Marshall began to turn the screw from this point on opening out a 4 second advantage over Hardie – despite a stall mid-stage. In SS7, Marshall again cemented his top spot on the time sheets by adding a further 7 seconds to his advantage (11 in total). Marshall rounded out the final stage almost 8 seconds quicker than any other driver to seal the win. 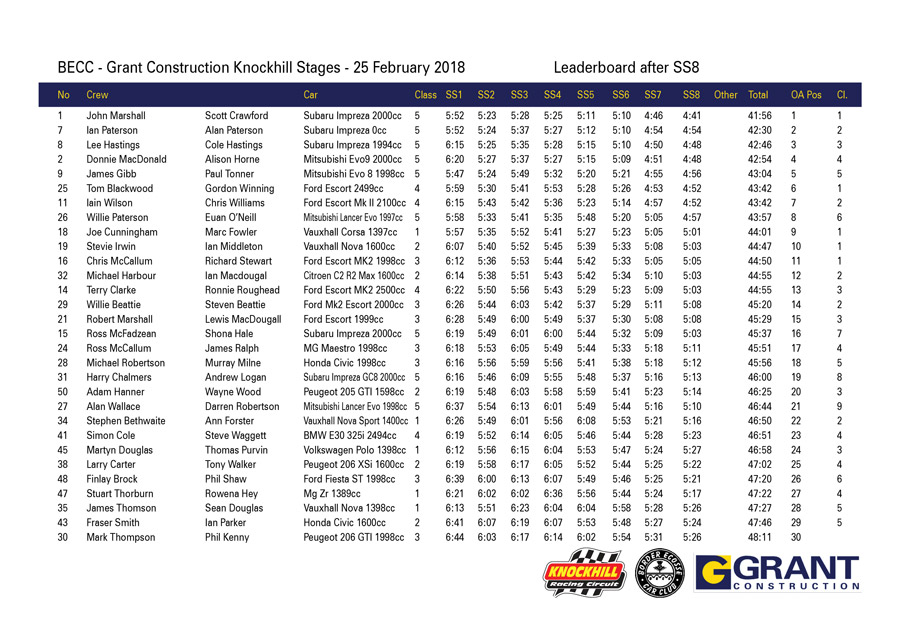 The Cobble Shop Scottish Tarmack Rally is back in action at the DCC Stages to be held at Ingliston on Saturday 24th March. The next action at Knockhill, comes in the shape of a Hot Hatch Car Trackday on Sunday 4th March – before the season kicks off for real with our Easter Family Hot Hatch Car Trackday on Sunday 1st April. From there on in, we’ll have motorsport events almost every weekend until September.

Make sure you join us throughout the season for other spectacular motorsport events at Kniockhill.