Border Ecosse Car Club, the organisers of the opening round of The Cobble Shop 2018 Scottish Tarmack Rally Championship at Knockhill have received a record number of entries for the Grant Construction sponsored round. Well over 60 crews from all over Scotland and a number from all over the UK are taking on 8 challenging rally stages over 35 miles, all based within the grounds at Knockhill. 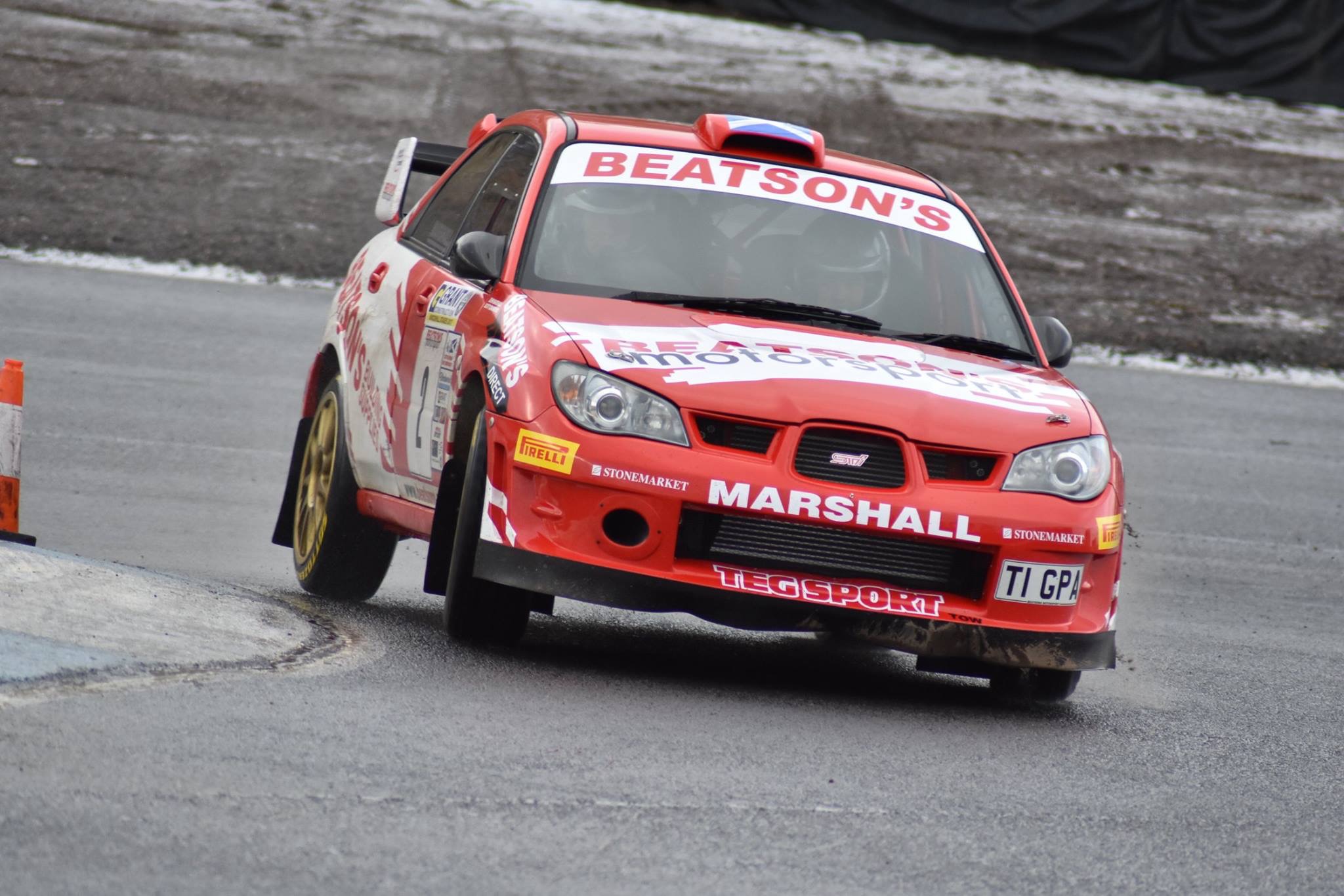 “Single venue rallying at Knockhill has become one of our more popular spectator events after staging the very high profile rally event in 2015, the McRae Rally Stages” said Stuart Gray, Knockhill Director of Events. “Since then, we hosted the prestigious Motorsport News Rally Championship in December 2017 and now the 2018 is continuing the trend of excellent rally events at Knockhill.  The conditions are always variable at Knockhill, especially during the middle of winter with this years forecast promising it to be dry with light cloud, so it may be more like a Spring event rather than a mid-winter one ”

Leading the entry in car number one is the pairing of John Marshall and Scott Crawford, in their Subaru Impreza. John had a fire on his last rally outing at Snetterton in Norfolk last weekend and has had a battle to get the car ready for this coming weekend. It is still not certain whether he will be out or not with every minute being used to sort the car. Another leading Scot, who is also the overall championship sponsor, The Cobble Shop, is Tom Blackwood in his stunning 2500cc Ford Escort Mk2, endured gearbox issues at the same Snetterton event as John Marshall and is in his own battle to sort the car ahead of Sundays event.

Hot on their heels are seeded drivers Donnie MacDonald and David Hardie in an Mitsubishi Evo and Subaru Impreza respectively who have been seeded two and three meaning that they are contenders for an overall victory.

Elsewhere, a Knockhill rally debutant is non other than British Superbikes commentator Larry Carter from the Yorkshire in his Peugeot 2016 XSi. Larry is a well know voice at British Superbikes rounds as he has been the pit lane interviewer capturing all the riders thoughts prior to and post-race at the Superbikes for many years.

The event starts at 9am with adult admission £10 in advanced, £12 at the gate with concessions £8 and under 12s free of charge.