With just a month to go until TCR UK entrants take to the track for the first time at the championship’s Media Day at Silverstone, it has been announced that the second round of the series will use the ‘reverse direction’ layout at Knockhill Racing Circuit in Fife on May 12th/13th. 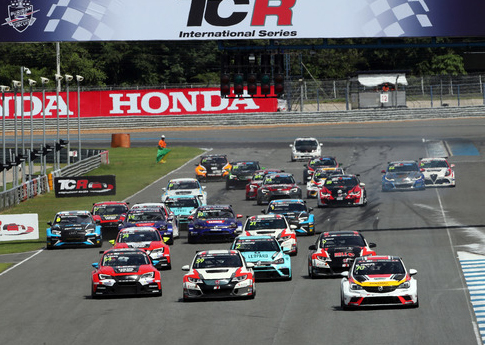 The twisty, undulating 1.3-mile track is unique in that it is licenced to run in both clockwise and anticlockwise (‘reverse’) configurations. The circuit regularly used to host meetings that ran the ‘wrong way around’ until the 1990s, but after a gap of around 20 years the track has seen occasional use of the anticlockwise layout by both races and track days since it was re-licenced in 2012.

The TCR UK visit to Knockhill in May will be the first time that a national motor racing championship has ever used the Reverse Circuit, a fact not lost on the track’s management team who have welcomed the decision. The buzz created by the championship’s original launch announcement looks set to be repeated as drivers, teams and fans look forward to the spectacle of TCR cars doing battle over the twists and turns of the demanding Scottish circuit.

Jonathan Ashman, TCR UK Promoter, said: “I have a personal affinity with Knockhill from my time at the Motor Sports Association and so I’m particularly pleased to be using the reversed layout of the circuit for TCR UK. We think our drivers and teams will look forward to the challenge of the weekend, as even those drivers who’ve raced there regularly almost certainly won’t have used the anticlockwise circuit. I’m grateful to the team at Knockhill for their support and enthusiasm for what we know will give competitors and fans plenty to talk about when we head to Scotland.”

Stuart Gray, Events Director for Knockhill, added: “We are delighted to see TCR UK use our reverse direction circuit layout. Knockhill re-licenced the anti-clockwise direction format in 2012 and since then the local SLS and bike racing championships have been using this format and has proved to be a real hit for all the racers. It’s Scotland’s second race track, albeit at Knockhill, with a different layout, different challenges and often provides different winners. It will truly provide spectacular racing on a track that almost every racer will not have been on before.”