It’s the 2nd round of races for the Scottish and KMSC Championship racers at Knockhill this weekend (26/27 May), on Knockhill’s other track configuration… the Reverse Circuit. 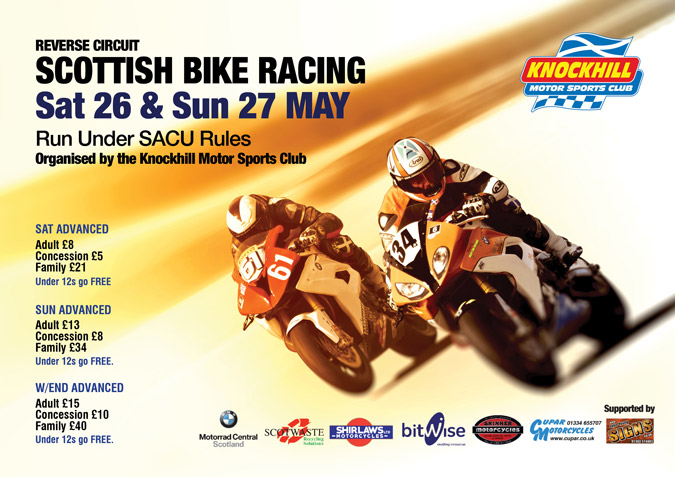 120 riders will battle tooth-and-nail for those all important podium position across the seven Championship classes; and with the weather forecast looking extremely good for the weekend – come along and watch some blisteringly fast action under the bright blue skies at Knockhill.

A thirty-race programme over the course of Saturday and Sunday will provide action aplenty – from the following classes: 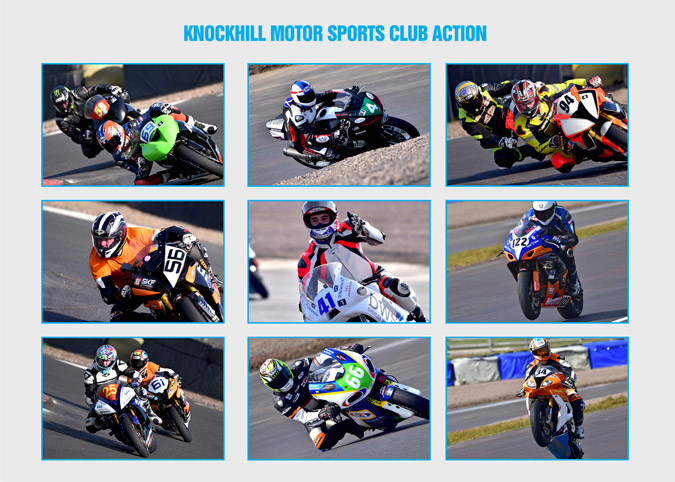 Last time out in the premier class, John Dean stole a march on everyone aboard his BMW S1000RR taking a clean sweep of victories across both days. An amazing result given that he’d only just returned to racing that weekend following a long layoff due to illness. However, this weekend sees another strong line up for the Scottish and KMSC Superbike races with the likes of Greg and Sean Gilfillan, Callum Grigor, Oban’s Liam Shellcock and multiple Scottish Champion John MacDonald all on the entry list.

Recap on the action from round 1:

In the Formula 600 class, current Championship leader, William Monie will be looking to stretch his legs at the head of the field. His closest rival, teenage sensation Rory Skinner, is off on British Talent Cup duty at Donington Park Circuit as part of the Motul FIM Superbike World Championship event this weekend. We’ll actually be missing a few young racers this weekend, as Jack Hart, Adon Davey and Lewis Paterson will also compete in the British Talent Cup races this weekend.

In the Scottish and KMSC Lightweight category, Grant Reid will be looking to build upon a strong weekend at round one, which sees him top of the standings by 23 points ahead of Newcastle’s Scott Campbell. Whilst, the top three protagonists in the Pre-Injection 600 class, William Mason, Dougie Brown and Cameron Rob have all entered this weekend. With Mason out front by 29 points at the top of the leader board – those close behind will be eager to catch up and halt Mason from further extending his lead this weekend.

In the other classes, Gavin Jones (Clubman), Mark Bowran (F400), Ross McGuire (F125) and Jodie Chalk (CB500s) will all be looking to build on opening round success that sees them atop of their respective KMSC Championships.

Action gets underway on Saturday with warm up and qualifying from 9.15am onwards. Racing action will take place around lunchtime on Saturday and continue all through the day on Sunday – except for some additional warm up sessions on Sunday morning.
Book your tickets now for a terrific action-packed day of entertainment at Knockhill. Use the link below to purchase at the advanced discounted rate. Alternatively, tickets will be available on the gate throughout the weekend.

May 23, 2018
Events Blog No comments krcadmin
← John Clark Group on the lookout for new Vehicle Technicians Stay On Track with Knockhill – An Important Message! →