Following some overnight investigations, the TCR UK grid woke up this morning to a complete reshuffle with pole setter from yesterday Dan Lloyd demoted to the rear of the grid. That meant that local man Aiden Moffat would start the first ever TCR race at Knockhill from pole position. 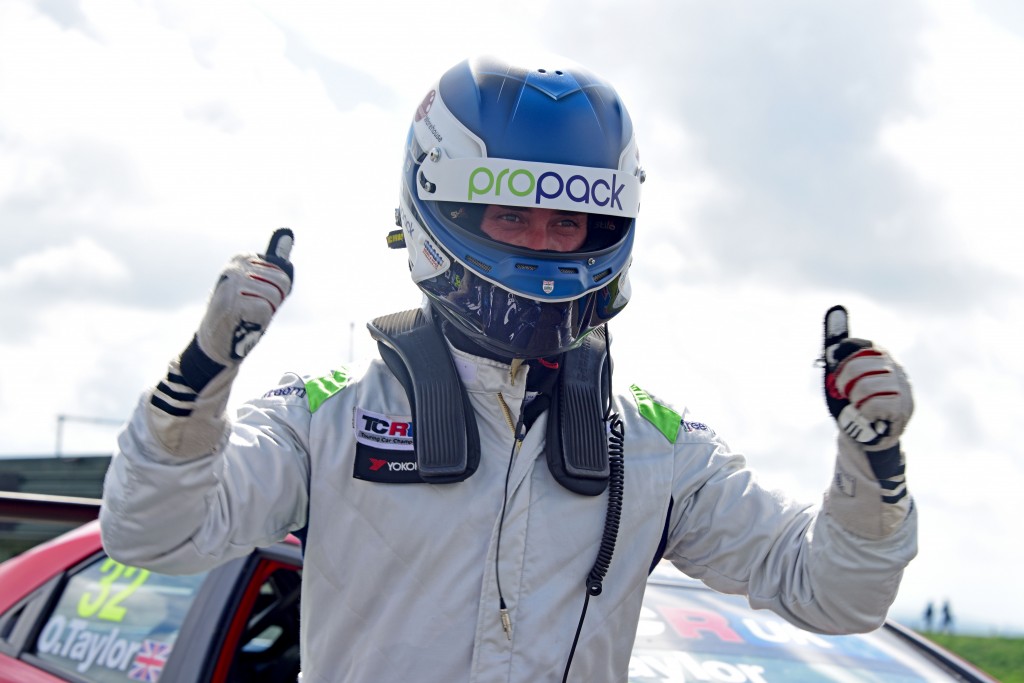 However, a last minute decision to revert to the original positions caused a reshuffle on the grid before race one. Once things got underway it was a relatively straight-forward win for Dan Lloyd – despite a safety car period mid race that ruined an 8 second gap at the head of the field. 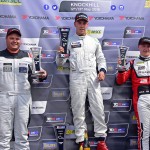 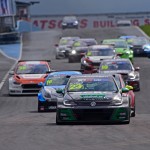 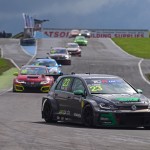 “After all that went on overnight I was glad to get my pole position back, I felt l deserved it. After all the pre-race goings on, I was really revved up by the time we started the race. I was angry on the out lap and managed to build up a lot of heat in the tyres that helped when we got underway.

“I was gutted when the safety car came out, but when I heard Aiden had to stop that made life a little bit easier.” 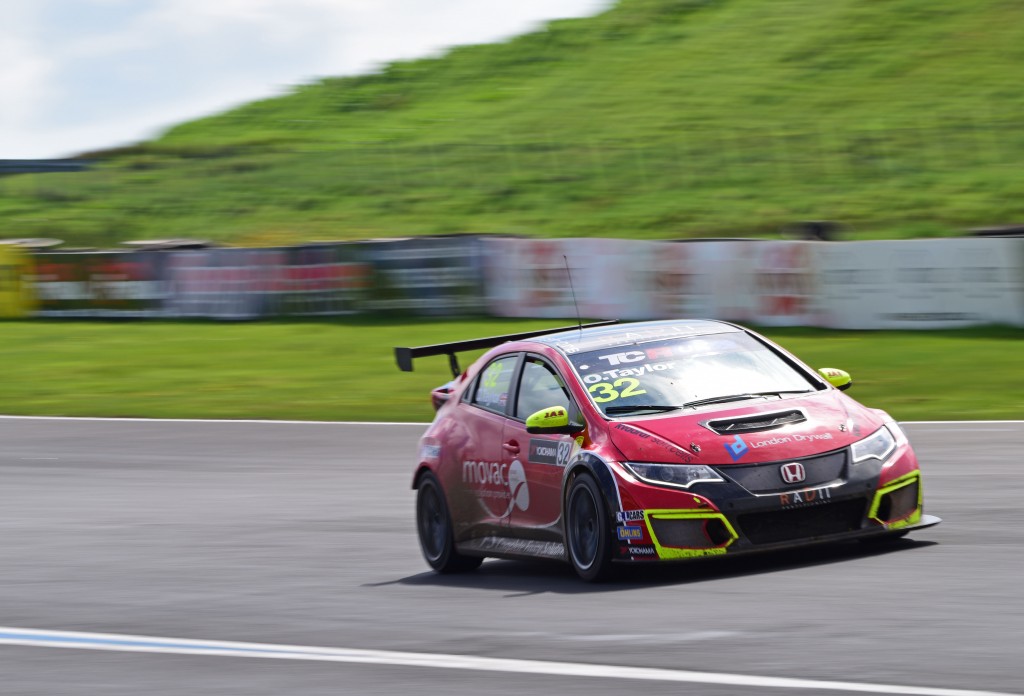 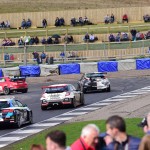 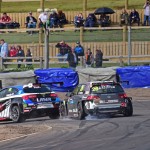 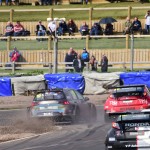 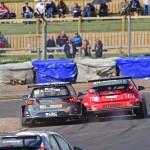 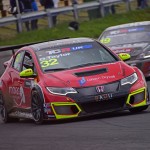 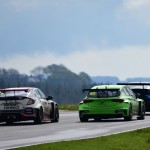 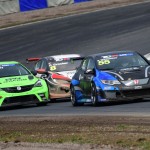 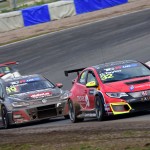 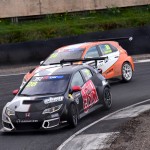 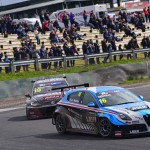 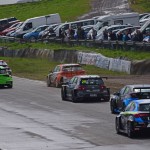 If it was straight-forward for Dan Lloyd, it certainly wasn’t for his fellow competitors. Thrills and spills galore littered the field with almost all the drivers having some sort of off-track excursion at some point. Ollie Taylor climbed and fell the order on multiple occasions and battled back well from several offs to get himself on the podium – finishing the race in P2 overall.

Joining Lloyd and Taylor on the podium was young BTCC racer Josh Price. Price raced his way from the back of the grid for a tremendous 3rd place finish in race one. Local hero, Aiden Moffat had to retire his Laser Tools Racing Alfa Romeo Giulietta following a technical fault (driveshaft); whilst, teammate Derek Palmer Junior rounded out the race in P6. 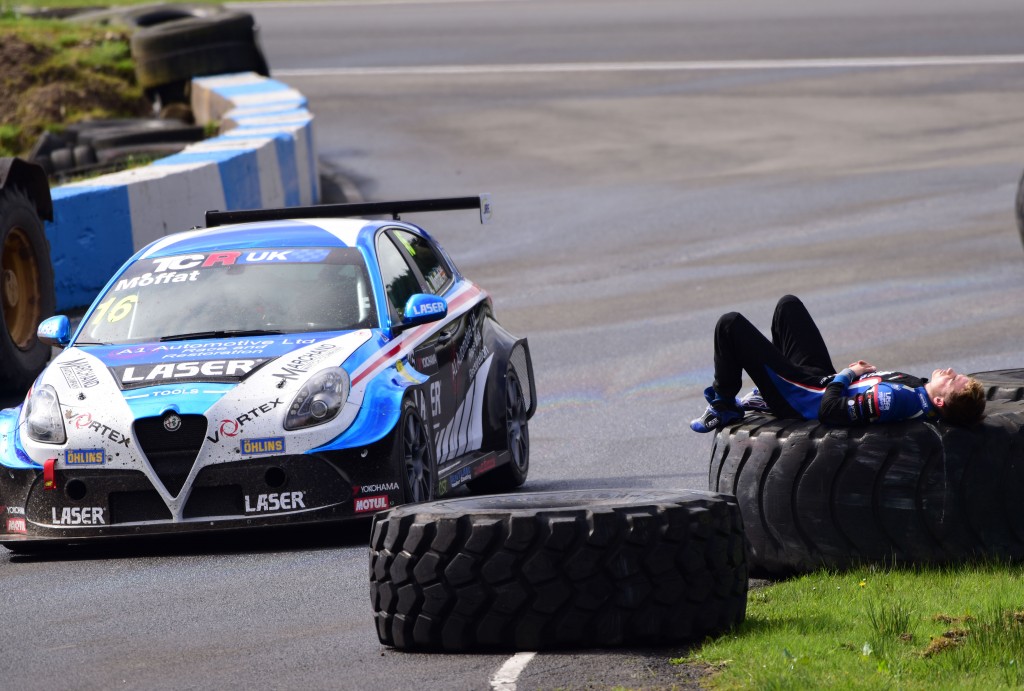 There was a last lap collision between Wilson and Crocker who both had eventful races to say the least. The next TCR action get underway at 14.25pm today – which will see another FREE grid walk for race fans before the off.

Tickets for today’s event can be purchased at the gate. We still have a lot of racing to get through this afternoon and if this morning’s TCR UK Championship race is a benchmark, we’re in for a good day of racing.

May 13, 2018
Events Blog No comments krcadmin
← Shedden delivers on ‘brutal’ Nordschleife Lloyd does the TCR UK double at Knockhill →