Visiting us this Sunday for the 2nd round of the SMRC Scottish Champion car races, then make sure you retain your (adult) ticket as it will get you into our full-on TCR UK Series weekender for just £10.00.

Anyone purchasing a gate ticket on Sunday 6th May (adult ticket only) will be able to use that ticket to gain discounted access to the inaugural TCR event to be held at Knockhill next weekend on either Saturday 12th and Sunday 13th May. Simply present your SMRC Sunday raceday ticket to the gate staff next weekend and get entry to another fabulous racing event for just £10. 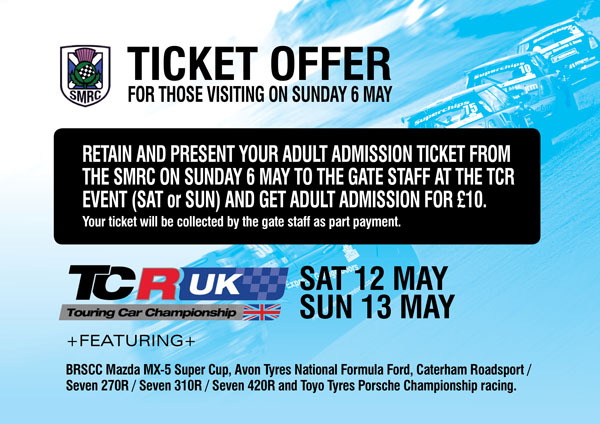 As well as TCR UK Series qualifying on Saturday 12th May, we’ll see a number of support races from the likes of:

Hopefully we’ll see you a one or both of these race events.