Following on from a disappointing Snetterton event, Tyco BMW’s Michael Laverty is looking to take the next round of the Bennetts BSB series by storm. Until last week, Laverty was the fastest man around Knockhill (unofficially) on two wheels until Jake Dixon and Glenn Irwin went sub 48 seconds on a recent test day. 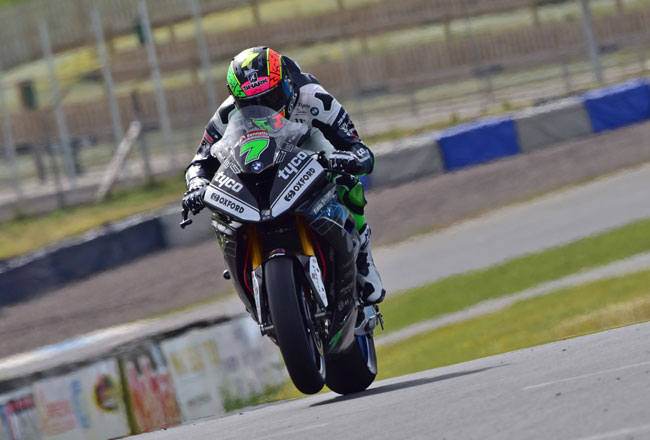 That time, was then bested by Leon Haslam to 47.44 seconds on Tuesday 26th June, technically however, Laverty still holds the record as his time was recorded during a BSB practice session and Irwin, Dixon and Haslam’s were set during testing with no official lap timing service in operation.

However, Laverty knows that the one lap pace will be in the bike come raceday, but what’s more important around Knockhill is to have consistently fast times for all 24 laps of the Bennetts BSB races. Leaving Knockhill, Laverty is confident that when he returns in little over 7 days time, he’ll be ready to fight to reclaim the unofficial and potentially take the official fastest lap time back to Northern Ireland with him along with a fistful of BSB points too.

Come and join us for what will be a monumental weekend of racing over 6/7/8 July. Tickets are available online now or by calling the team on 01383 723337.