For anyone who witness Ron Cumming’s accident at the May SMRC organised race meeting, it was certainly one of the biggest, and most spectacular, seen at Knockhill in recent years. Fortunately Ron was detained for only one night in hospital and has made a full recovery and has rebuilt his Nemesis sports car. Ron was on pole position but a problem at the start meant that he dropped to last place and was battling back towards the front when he tagged another competitor that sent him off the track at high speed resulting in a multiple roll. Fortunately the rescue and medical services were quickly on hand to attend to Ron and a big thanks go to them, and the marshals, who dealt with the accident in a very professionally. 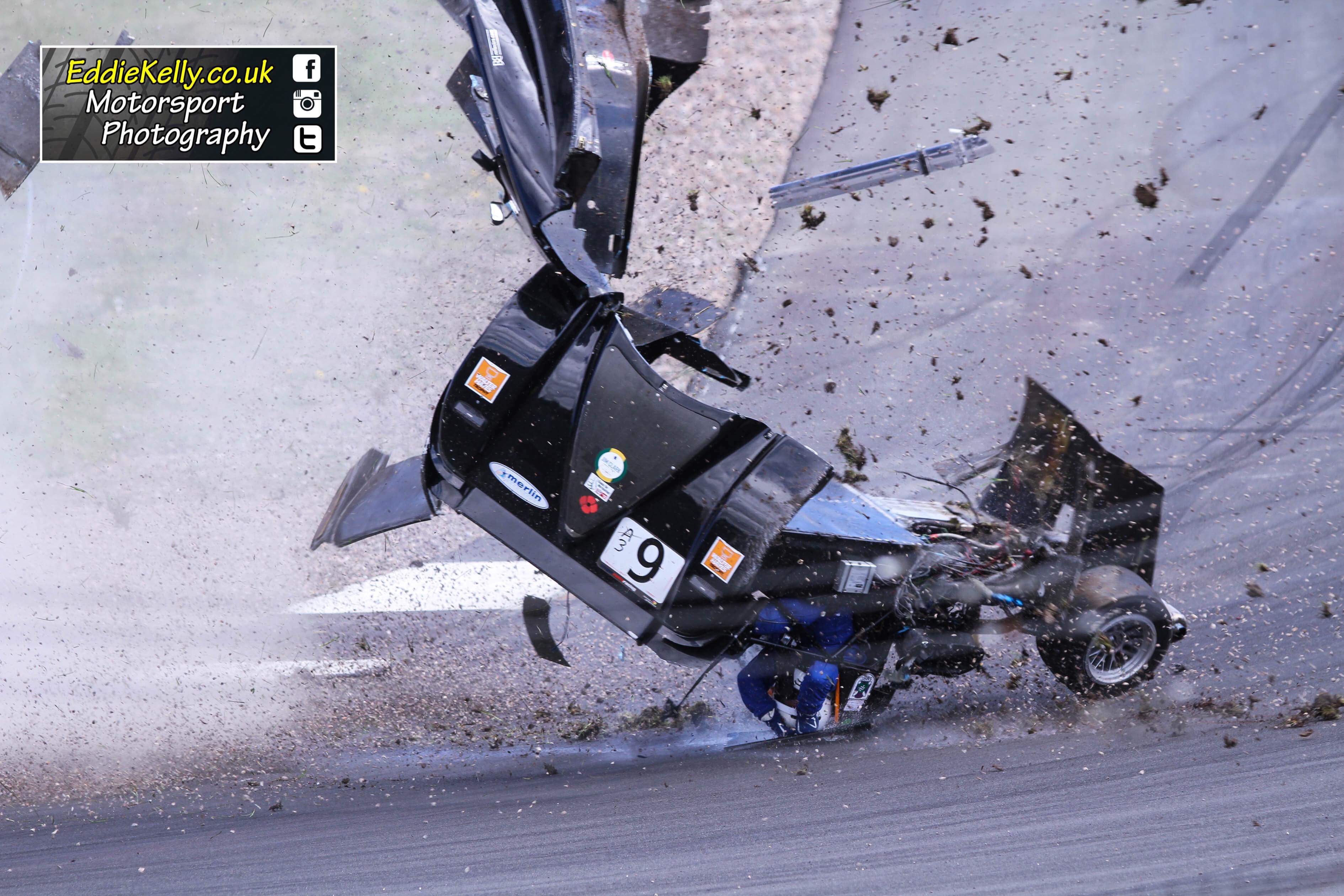 Ron will be on track twice within the Scottish Sports and Saloons races, two of the 14 races scheduled on Sunday. Action starts with Qualifying at 8.35am with the first race at 11am. In addition to the busy time on track, Knockhill are hosting their first “Vauxhall Gathering” with owners displaying their cars and getting a parade during the lunch break. In addition, a number of keen owners are engaging in a Vauxhall drag race on the main straight with some cars boasting over 700hp. The feature races on the day are for the SMTA Fiesta and Hot Hatches who will have the honour of a grid walk where fans can go on track for free to see and meet the drivers, just minutes before their first race after the lunch break.

Once all the action of the SMRC races has subsided, it is the turn of the two wheeled stars of the Bennetts British Superbikes to take to the track with all the teams rolling into Knockhill from next Wednesday onwards for Round 5 of the championship. Stars such as Haslam, Hickman and Mackenzie will be going wheel to wheel at speeds of up to 170mph. It is Knockhill’s fastest event of the year with the Superbikes circulating in an incredible 47 seconds with lean angles that defy the laws of physics!

And for all car fans, the return of the Dunlop British Touring Car Championship in on August 25th and 26th with the new Scottish stars of Rory Butcher and Aiden Moffat taking on the likes of messers Plato, Turkington, Neal and Collard. It is always a cracking event and with the championship reaching its half way point and summer break, Knockhill will play host to one of the best events of the 2018 60th anniversary season.

Tickets for this Sunday are only £13 in advanced or £15 at the gate, under 12s free of charge.

June 28, 2018
Events Blog McGill's Mutterings No comments Events
← Win a Grid Walk and Stay at the Double-Tree by Hilton Laverty looking for consistency around Knockhill →