They jested about it after the third free practice session, but Jake Dixon came within a whisker of circulating the Knockhill track in an eye-watering 46 seconds. In the end, the RAF Regular and Reserve Kawasaki rider had to settle for a 47.158s lap and a front row berth for the opening Bennetts British Superbike Championship race tomorrow afternoon.

Josh Brookes, despite his distaste for Knockhill, was merely 0.098s behind Dixon with a best lap of 47.256s which gives him a front row grid position alongside JG Speedfit Kawasaki rider Leon Haslam who could ‘only’ muster a 47.342s lap – incredible speeds from the front runners with no less than 14 riders breaking into that 47 second bracket during the qualification process. 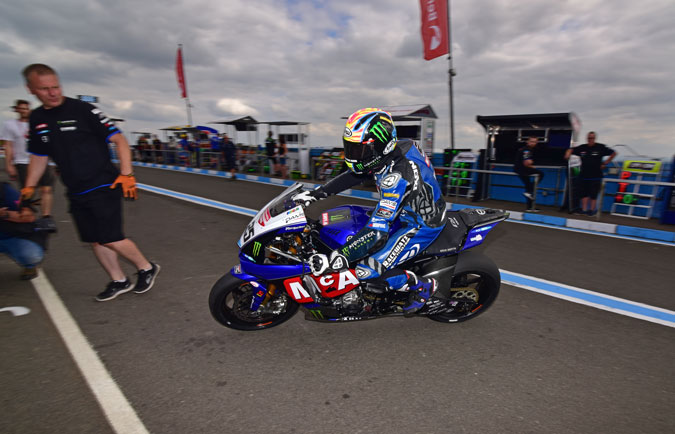 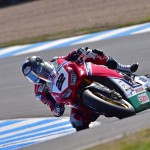 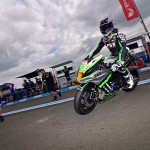 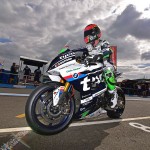 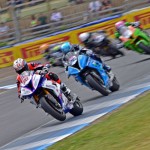 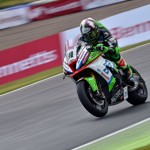 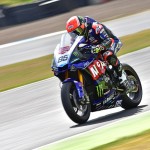 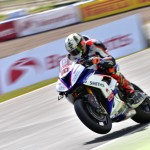 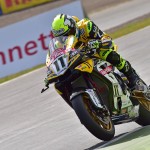 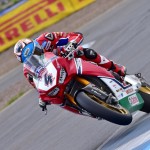 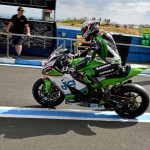 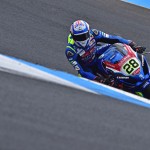 The news broke just before qualifying that Taylor Mackenzie had departed company with the Moto Rapido Ducati squad, with immediate effect, and the Mackenzie woes were compounded in Q1 when Tarran Mackenzie was eliminated with a last gasp lap from Peter Hickman as the TT ace progressed at the McAMS Yamaha man’s expense into Q2.

There were some big riders knocked out in Q2 with Ellison, Mossey, Andrew Irwin (who tipped of at McIntyres) and Peter Hickman all exiting, with the Smiths Racing man unable to conjure another Houdini-moment to secure a place in Q1.

So, a very competitive front row, alongside a strong 2nd row for tomorrow’s opener which sees Glenn Irwin, Danny Buchan and Michael Laverty, all very fast today, poised to make a real fist of it in that opening BSB race at 13.30. However, even from the third row of the grid you can’t discount the likes of Brad Ray, Christian Iddon, and Dan Linfoot from making progress up the order throughout that opening 30-lap race and challenging for the wins.

The story of Qualifying:

It’s absolutely wide open for tomorrow’s races, there are some great riders, showing sensational form and some very strong teams who’ll be eyeing podium success in both the two Bennetts BSB races we have coming up on Sunday 8 July. It’s living up to the billing as being the fastest Bennetts BSB ever at Knockhill.

Make sure you join us for fantastic day of racing tomorrow. Tickets are available on the Knockhill website until midnight tonight at the advanced discounted price – which you can collect at the track tomorrow. Alternatively, if you want to wait to see what the weather is doing – which we all hope will be wall-to-wall sunshine – tickets will also be available on the gate.

Are you coming? Yes? Good call!

July 7, 2018
Events Blog No comments krcadmin
← Catching up with BeWiser Ducati after FP3 Glenn Irwin tops morning warm up for 2018 →