Jake Dixon converts race 1 pole to his 3rd win on the bounce at Knockhill aboard his RAF Regular and Reserve Kawasaki… however if was far from straight forward. 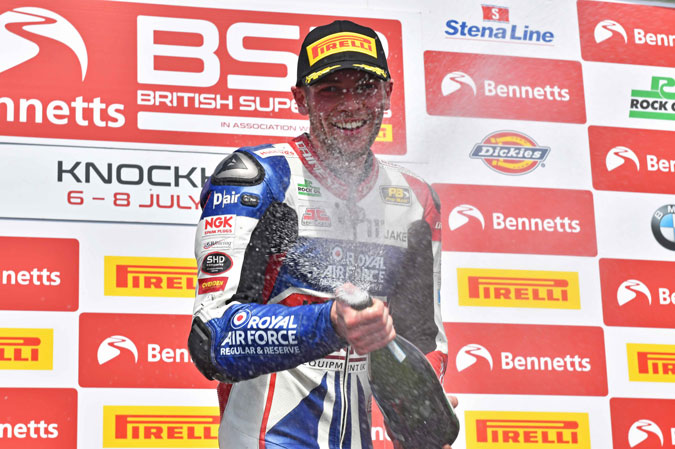 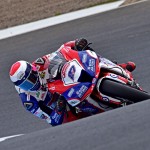 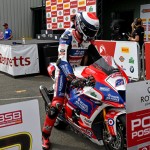 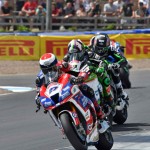 Dixon, got the holeshot off the start line to lead into the first corner, however his lead was short-lived as Leon Haslam got to the front and began to settle into a rhythm, initially setting the fastest lap of the race before both Laverty and Buchan wrestled it away from him with 47.7s laps. 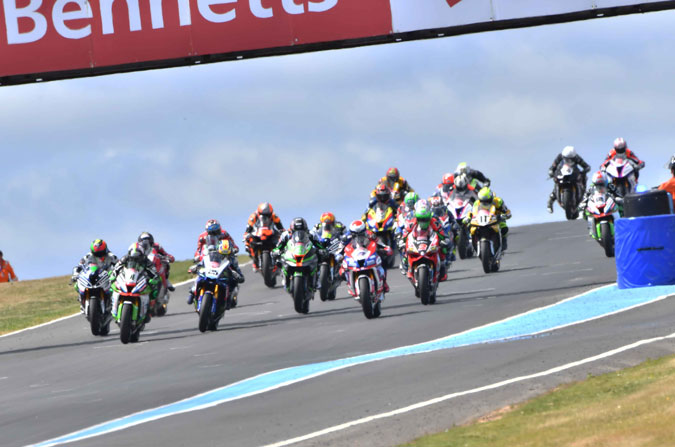 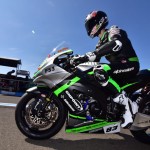 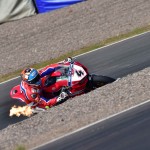 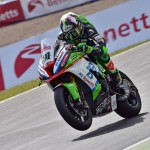 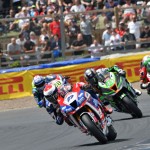 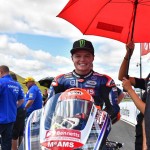 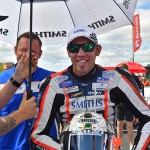 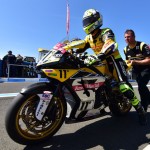 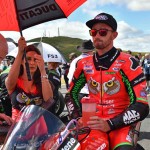 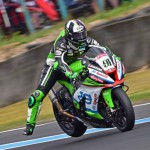 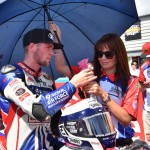 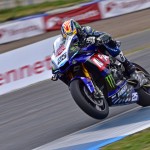 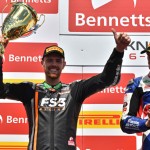 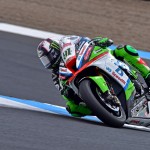 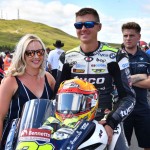 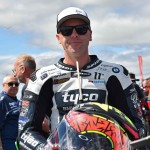 The battle for the fastest lap – and that Steve Hislop Trophy – raged on throughout the race, with Buchan improving his lap time on a couple of occasions to eventually end the race with a fastest lap of 47.644s – which also gives him pole position for race two coming up at 16.30pm today.

With Haslam seemingly comfortable out front and Dixon happy to sit in behind for a few laps, the laps ticked by. However, on lap 26 a moment for Haslam at the Hairpin caused the Kawasaki rider to loose momentum, which allowed Dixon to squeeze past. 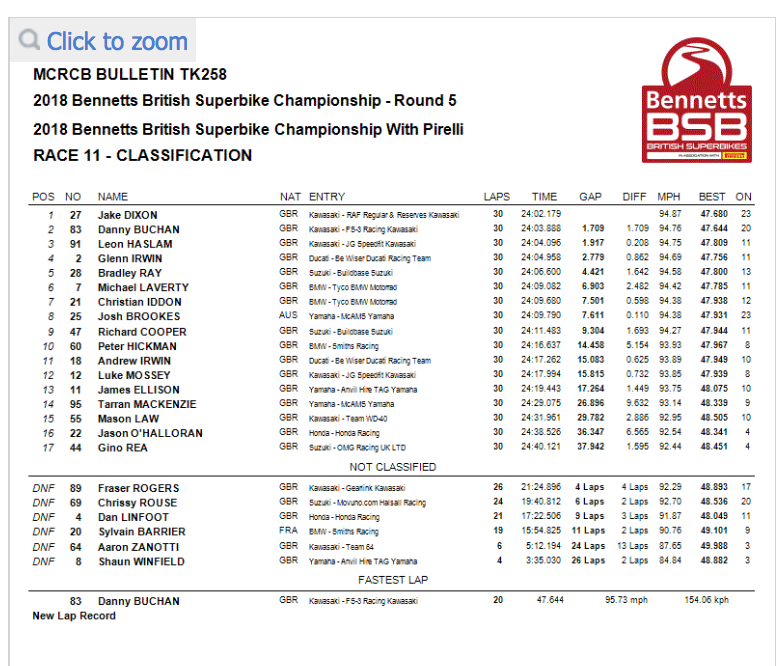 Haslam did well to hold onto second spot with the on-rushing Buchan almost colliding with the rear tyre of the JG Speedfit Kawasaki. Thankfully, both riders escaped that near miss but Buchan wasn’t to be denied and passed Haslam to take the second spot on the podium.

The front row for race two sees Buchan on pole, Dixon in P2 and Glenn Irwin in P3. Behind them, you have Laverty, Ray and Haslam with Josh Brookes starting race two from 7th on the grid. Tarran Mackenzie managed to work himself up to 14th finish in race one and will start from 15th on the grid for race two.

Note: BSB race-control are investigating a yellow flag pass between Buchan (83) and Haslam (91).