This weekend sees the welcome return of the mighty Super Touring Cars that were the state of the art in saloon car racing in the late 90’s and early 2000’s. Names such as Tarquini, Biela, Cleland, Harvey, Rydell and Menu were all household names when the manufacturers were fully on board with the running of two teams with multi-million pound budgets. Now those cars are in private hands and recently we have enjoyed their return to Knockhill in 2016 and 2017 and this weekend sees their third return again within the David Leslie Trophy Meeting. 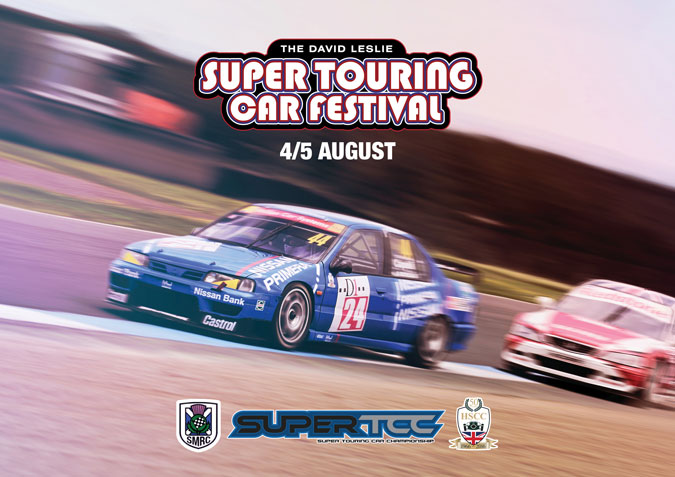 Numbers within the championship nationally have dropped off markedly in 2017 with several cancelled events and unfortunately the Knockhill round has a reduced entry over previous events. Star names of John Cleland and BTCC veteran Ian Flux are racing, and an ex Tom Kristensen Honda and Vauxhall Vectra’s will be racing, but with the reduced numbers, Knockhill have decided to reduce the gate fee to that of a regular SMRC event at £15, and make the grid walk on Sunday free too  – anyone who has pre-booked the grid walk will have their £5 refunded.

Stuart Gray said “There is no doubt that the STCC is going through tough times and there are already talks about its future in 2019, but until the recent Silverstone event, we were still on for a very similar number to last year. Unfortunately, the attrition rate at Silverstone was very high, so it is only right that we adjust the gate entry fee and are charging the equivalent of regular SMRC for the entry fees. We’ve also dropped the grid walk fee (£5) and are still offering free camping to those who wish to stay over for the weekend. But, despite this set back, there will still be a tremendous amount of racing taking place at Knockhill this weekend – and we’re sure the event will still be a fitting tribute to the memory of David Leslie.”

The action kicks off on Saturday at 1.30pm with a number of qualifying sessions taking place and the Super Tourers taking to the track for the first time. Later that day we’ll see five races taking place for the SMRC classes including one Super Touring Race.

Sunday’s action will kick off Mini and Legends qualifying before we head straight into 15 race programme that should conclude at approximately 5pm. This schedule also includes one Super Touring race and of course that pre-race grid walk. We’ll also see the annual Scottish Formula Ford contingent race for the coveted David Leslie Trophy.

In terms to ticket pricing, we will no longer have an on the day price structure. So, all tickets whether bought in advance or on the day will follow the pre-booked price.

July 31, 2018
Events Blog No comments krcadmin
← F1 & F3000 Demos at World of Supercars A summer of opportunities at Knockhill →