This weekend at Knockhill we are gearing up for another two-days of non-stop motorsport action. Hot off the heels of the Dunlop MSA British Touring Car Championship we’ll welcome Scottish and KMSC racers galore for the final meeting of the year. 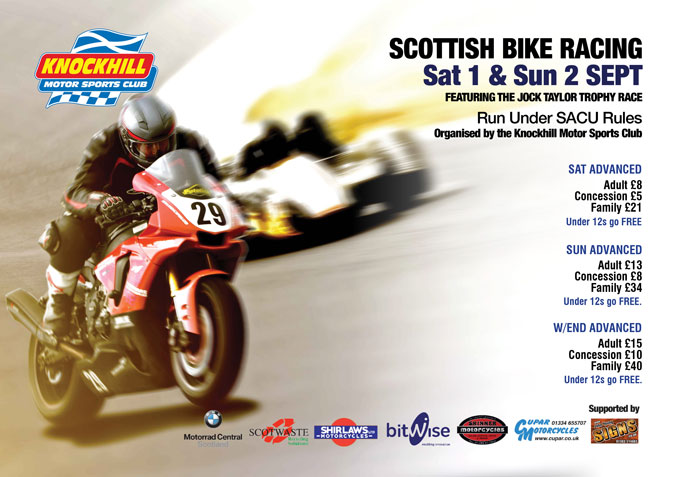 Championships will be decided and silverware will be up for grabs as we run through the final 33 races of the 2018 season. As well as top-notch motorcycle racing from the likes of Superbikes, Clubman, Formula 600 and more; we’ll also play host to the traditional end-of-season Jock Taylor Memorial race.

With 18 sidecar outfits already signed up to compete for the coveted Jock Taylor Sidecar Trophy – the three-wheel action at Knockhill will be red hot. The British Sidecar Championship pairing of Stephen Kershaw and Stuart Clark will also be back to try and retain the trophy they won at Knockhill last year.

Join us over the weekend for two action-packed days of 2-wheel action. Tickets can be pre-booked online or at the gate throughout the weekend.

Check out the links below for further info: