Ash Sutton maintained his 100% record at Knockhill this weekend, as a wet second Dunlop MSA British Touring Car Championship race was brought to an early conclusion. 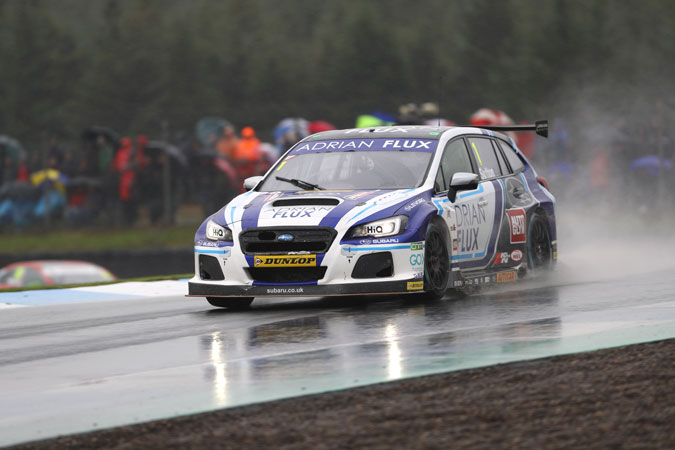 Conditions continued to deteriorate between the BTCC races and as the cars lined up on the gird there were concerns about the race even starting. However, when things eventually got underway, it was Ash Sutton who blasted off the start line and into an early. However, when Ollie Jackson lost control of his Audi S3 on lap one, the first safety car period of the race was triggered.

When the race recommenced, Sutton expertly controlled the restart to open up another advanced at the head of the field. With condition gradually getting worse and standing water causing ever-increasing concern, it was certainly conditions for the brave out there. However, Tom Ingram seemed to be relishing in them and quickly dispatched cook at the Hairpin and managed to out-drag the Vauxhall into Duffus Dip to climb up the order. 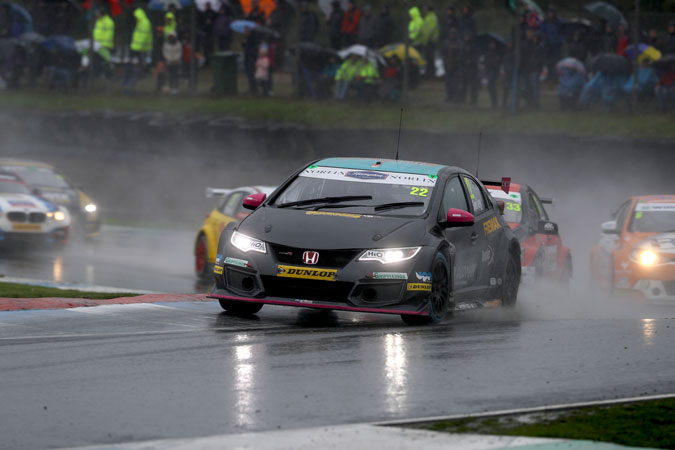 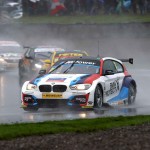 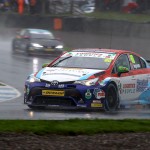 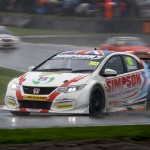 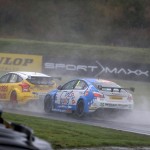 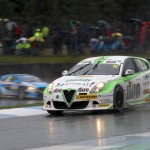 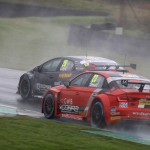 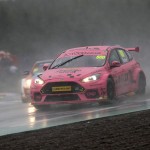 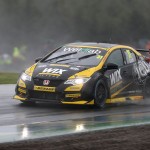 There were also jumps up the order for Morgan, Butcher and Smiley as Oliphant went off circuit and through the gravel. The Ciceley motorsport man did resume, only to go off again later in the race.

By this point, Sutton’s lead was out to 2.313secs and looked to be in command of the race. But, Touring Cars is very rarely straight-forward and another safety car period bunched the field back together once again’ not before Ingram had a quick nibble at Jordan as they raced towards the safety car board. 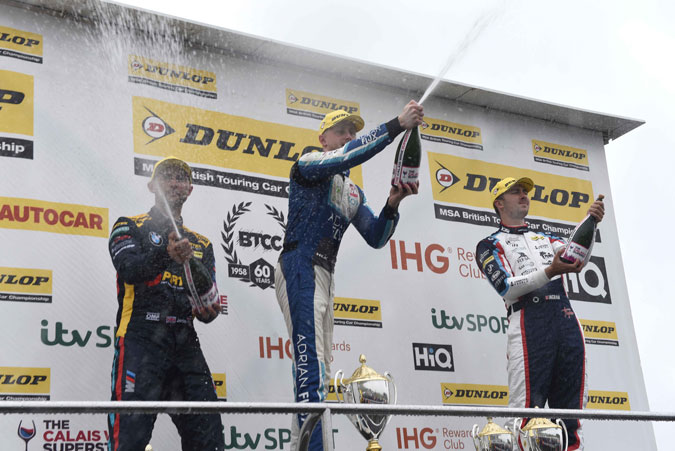 Jordan managed to fend of the surging Ingram for a while, but the Speedworks driver made a brave move going into Duffus Dip to get himself into second place, and from there set his sights on Ash Sutton at the head of the field. But, following another few incidents on track and a head on collision for Sam Smelt at turn one, the race was brought to a premature end.

Colin Turkington was drawn from the hat to take pole for Race 3, which should get underway at 17.20pm this afternoon, barring another deluge from the heaven above. 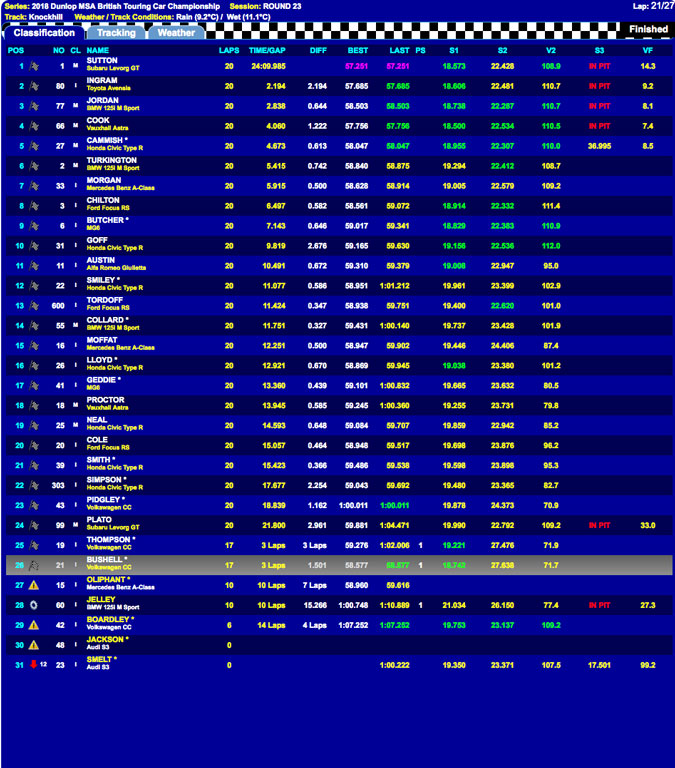 There were, concerns over the ride heights of Ash Sutton and Tom Ingram’s cars at the end of race two. Investigations are underway and the results for race two may be amended on conclusion of those enquiries by the TOCA team.

Adrian Flux Subaru Racing’s Ashley Sutton and Speedworks Motorsport’s Tom Ingram, who finished first and second on the road respectively in Round 23 of the 2018 Dunlop MSA British Touring Car Championship, have been excluded after both cars failed a post-race ride height check.