Round 4 for the 2018 Super Lap Scotland powered by Rockstar Energy Drink Championship for 2018 took place on the Reverse Circuit at Knockhill on Saturday 21st July.

In Class F, it was Martin Brown who once again stole the show, taking the win ahead of Ray McGinlay (P2) and Yuem Lai (P3). The win for Brown maintained his 100% record for the season as he headed into Round 5 on Sunday 22nd July.

Paul Bell returned to SLS action behind the wheel of his new Renault Clio Cup car in Class E, and despite having to adjust to the left hand drive nature of the new car; Bell rounded out Saturday’s Reverse Circuit finals as the fastest ahead of Euan Duncan (p2) and Stevie McNab (P3).

Sunday’s traditional clockwise round would see Brown dominant yet again in Class F – taking the qualifying and final win ahead of Yumen Lai (p2) and Ray McGinaly (P3) – a reversal of the order from Round 4.

Michael Foster put a difficult Saturday to the back of his mind as he raced to the fastest time in qualifying in Class E. However, the Championship leader heading into Round 5 couldn’t maintain his progress in Sunday’s final and slipped back down the order to finish P3, behind Euan Duncan (P2) and Paul Bell (P1). The pace in Class E was red hot in the finals with the top three drivers dipping into the 59-second bracket.

That then leads us onto this weekend, where we will play out the final round of the 2018 Super Lap Scotland powered by Rockstar Energy Drink series on Sunday 9th September. 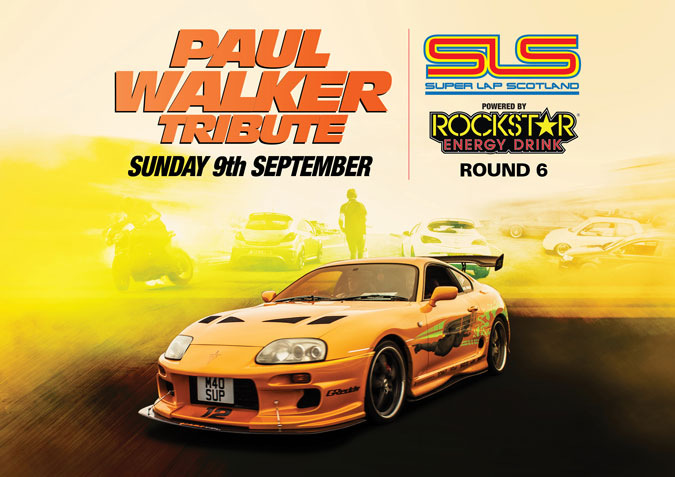 This event will also see a whole host of additional entertainment on offer off track, as well as on it. We’ll have trackday sessions for the Clio Sport Owners’ Club, public sessions that you can drive your own car in and the following activities will ensure is plenty to do throughout the event which runs from 9am to 5pm on Sunday 9th September.