It was another day of high drama at Knockhill, as the penultimate round of the Scottish Motor Racing Club season was played out on the twisty Knockhill tarmac in front of seasoned motor racing fans – who were brave enough to tackle the elements today. And, for those that did venture out, despite the weather, well, they were treated to a number of high-octane races with thrills and spills galore. 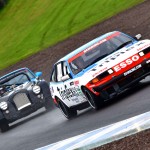 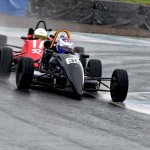 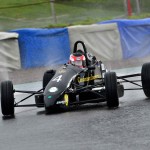 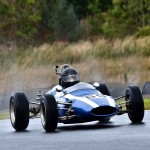 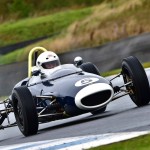 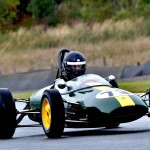 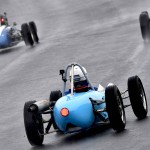 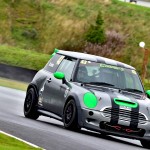 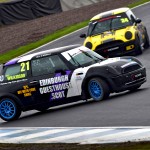 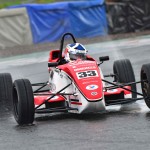 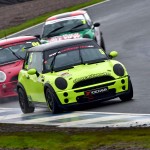 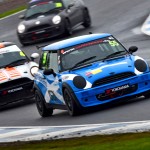 In the Scottish Formula Ford series, previous Champion, Ciaran Haggerty made a welcome return to racing following a number of years racing South of the border in the British F4 Championship and latterly the British GT Championship. However, even he was powerless to stop Ross Martin’s relentless quest for another Scottish Formula Ford 1600 title, which he effectively wrapped up today.

Wayne Macaulay, suffered a rare defeat in the SMTA Fiesta / Hot Hatch and BMW series to Blair Murdoch, whilst the grid was also bolstered by a number of SLS competitors making the witch to SMRC events with great success – Stevie McNab and Yumen Lai taking a on-the-road win apiece today. Well done to those two. Macaulay however, can take solace from the fact that he has wrapped up another Fiesta title in 2018.

Indeed, there were SLS’ers littered throughout the field with Andy Forrest and Stuart Buchan joining the Scottish Saloons and Sportscar grid alongside former SLS regulars Paul Wilson, Lowell Forsyth and former Champion Paul Rankin. Forrest even went on to secure two on-the-road wins in his mighty quick Westfield ahead of Andrew Morrison and Will Robson on both occasions – although Forrest’s win were non-points scoring in the guest class.

Someone else who had good weekend, was our own Duncan Vincent. Not only did he take two Scottish Legends wins today, but we’ve also included his own original song in our highlights video. If Carlsberg did race weekends… eh Dunc?

In the Celtic Speed Mini Copper Cup, there was plenty of drama, with countless off-track excursions and incident packed into the three races. However, it was former Champion, David Sleigh who stole the show, winning two of the three races with Robbie Dalgleish taking a pulsating race three encounter ahead of John Duncan and Ian Munro. That performance gives Sleigh the advantage heading into the final encounter of the season on Sunday 7th October.

In the Classic Sports and Saloons series, there was some enthralling action as Smith, Boyd and Kimmond all battled for supremacy. However, when all was said and done it was Andy Smith in his Morgan and Rayomnd Boyd in his trusty Porsche that took the race wins.

That leads us to the final event of the year. Set to take place at Knockhill, on the clockwise track, on Sunday 7th October. With a number of Championships still up for grabs, action; drama and entertainment will surely be on the agenda. Make sure you join us that weekend as we see of the 2018 Scottish Motor Racing Club Season.