It’s full steam ahead into the final round of the 2018 Super Lap Scotland powered by Rockstar Energy Drink series that takes place at Knockhill this weekend. But before we get into what’s coming up this weekend, it’s time to refresh our memories about what happened in Classes A, B and Pro at Rounds 4 and 5. 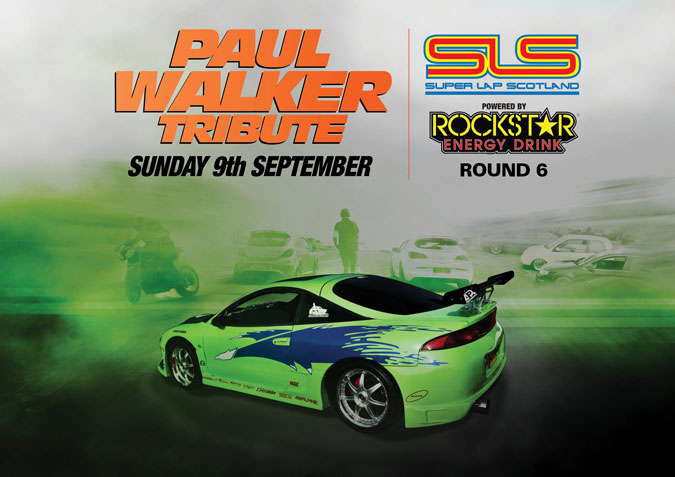 In the Pro class last time out, Andy Forrest showcased his two vehicles, the Westfield during Saturday’s Round 4 on the Reverse Circuit where he posted a best time of 51.664s to take the win. On Sunday, Forrest brought out his World Time Attack car – aka the Stormtrooper – for a bit of a play and a super-fast qualifying time of 48.764s – 3 seconds faster than his closest Pro rival – meant it was looking likely that another double win would be on the cards for the Prestonpans ace. However, an electrical gremlin that came to the fore at the end of qualifying put-paid to any hopes of a win. That left Stuart Whyte, debuting in the series with his Ford Escort to take the win with an impressive 52.011s effort on his first ever SLS weekend.

In Class A, it was Eric Holmes who set the pace on Saturday. Eric dropped to class A this year in search of some reliability from his Mitsubishi Evo 6RS, and that’s exactly what he’s got; missing a solitary round back at the start of the year – a real contrast from the struggles he has had to endure in previous seasons. On Sunday, Eric was only good enough for P2 as Steven Jefferies posted a stellar lap of 53.177s in the final run-off to take the win. Wayne Sutherland made it our for Sunday’s Round 5 and took P3, whilst New Wood continues to make good progress behind the wheel of his Ariel Atom (P4).

Holmes leads the Championship heading into the final round this weekend. He has a slender 13-point lead ahead of Steven Jefferies with Wayne Sutherland and Nev Wood set to battle it out for 3rd place in the standings.

In Class B, there were a few names missing on the entry list for Round 4 and 5. That however, didn’t stop Fiona Kindness from securing an important double victory that weekend. A best time of 54.907s gave her Round 4 victory ahead of Keith Cowie (P2) and the returning Jack Strathdee (P3). And on Sunday, Kindness finally dipped into that 53-second bracket that both she and partner Adam have been chasing since they first joined SLS a number of years ago.

As things stand in the Class B Championship, Fiona heads into this weekend’s all-or-nothing final round with an 11-point lead over Keith Cowie – who will hopefully have got to the root of the mechanical issues that hampered him back in July. We could be set for a ding-dong battle between these two this weekend and with a number of fast guys in Class B – there positions at the head of the field are far from guaranteed.

That then leads us onto this weekend rather nicely, where we will play out the final round of the 2018 Super Lap Scotland powered by Rockstar Energy Drink series on Sunday 9th September.

This event will also see a whole host of additional entertainment on offer off track, as well as on it. We’ll have trackday sessions for the Clio Sport Owners’ Club, public sessions that you can drive your own car in and the following activities will ensure is plenty to do throughout the event which runs from 9am to 5pm on Sunday 9th September.