The 2019 Autosport International BTRDA Clubmans Rallycross Championship in partnership with Toyo Tires will consist of eight events run over six weekends and will return to Scotland in October.

The final round of the Championship probably see’s the biggest surprise addition, but a very welcome one with the return of the Knockhill Circuit which will be used for the first time since 2014. Some would say it is arguably the ‘best’ Rallycross Circuit in the UK and with upgrades planned before the event, it’s sure to be a great addition to the season. With a lack of available noisy days at the Croft Circuit an alternative venue had to be sought for the DDMC run end of season event and Knockhill was a logical choice.

Rallycross returning to Knockhill is part of a long term agreement which will see the Circuit used as the final round of the Championship not only in 2019 but also 2020.

“We are delighted to be hosting Rallycross again at Knockhill. It will be five years since we last hosted it and we know the track will be a fitting and exciting for the drivers and the Scottish fans will love to see its return after so long” said Stuart Gray, Director of Events and Marketing 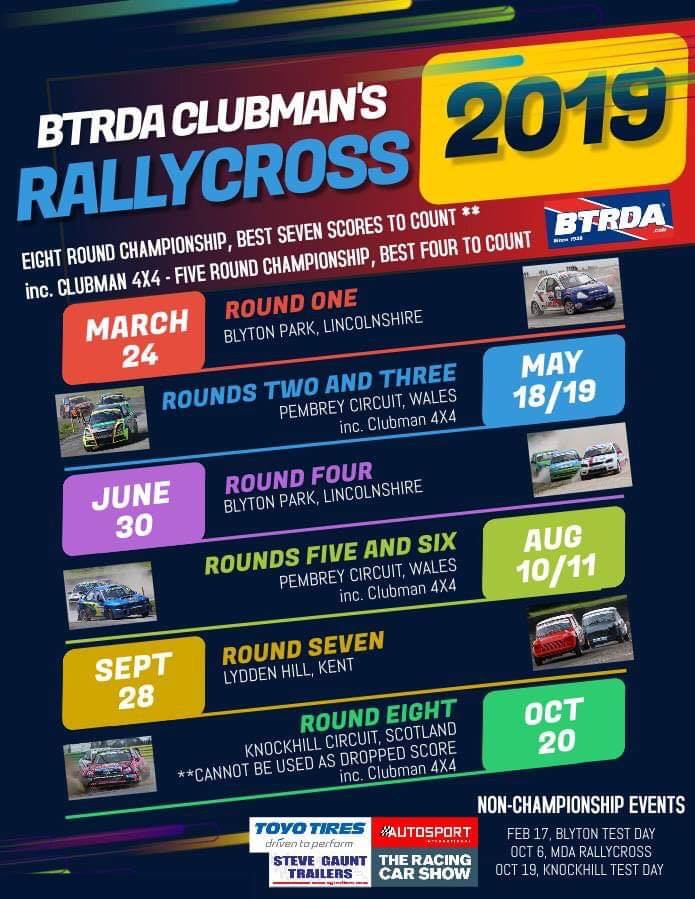