The 2019 Scottish Motor Racing Club season bursts into action on Sunday 7th April for round one as over 100 of Scotland’s top racing drivers chase for championship glory at the annual Armed Forces Appreciation event. There will be many returning champions, new drivers and even a new championship for Citroen C1’s, but one long time person in Scottish motor sport and in particular, Knockhill, will be honoured as the Commentary Tower is being renamed the Garry Stagg Commentary Tower from the April 7th SMRC event onwards.

Garry has been the voice of Knockhill for over 30 years for all car, bike, rally and shows but he and his wife were involved in a life changing motorcycle road accident in the summer of 2017 which forced his retirement from Knockhill. To this day, they are both still receiving specialist medical care but to honour his commitment and services to Knockhill and in particular commentary, the iconic Commentary Tower is being named in his honour. 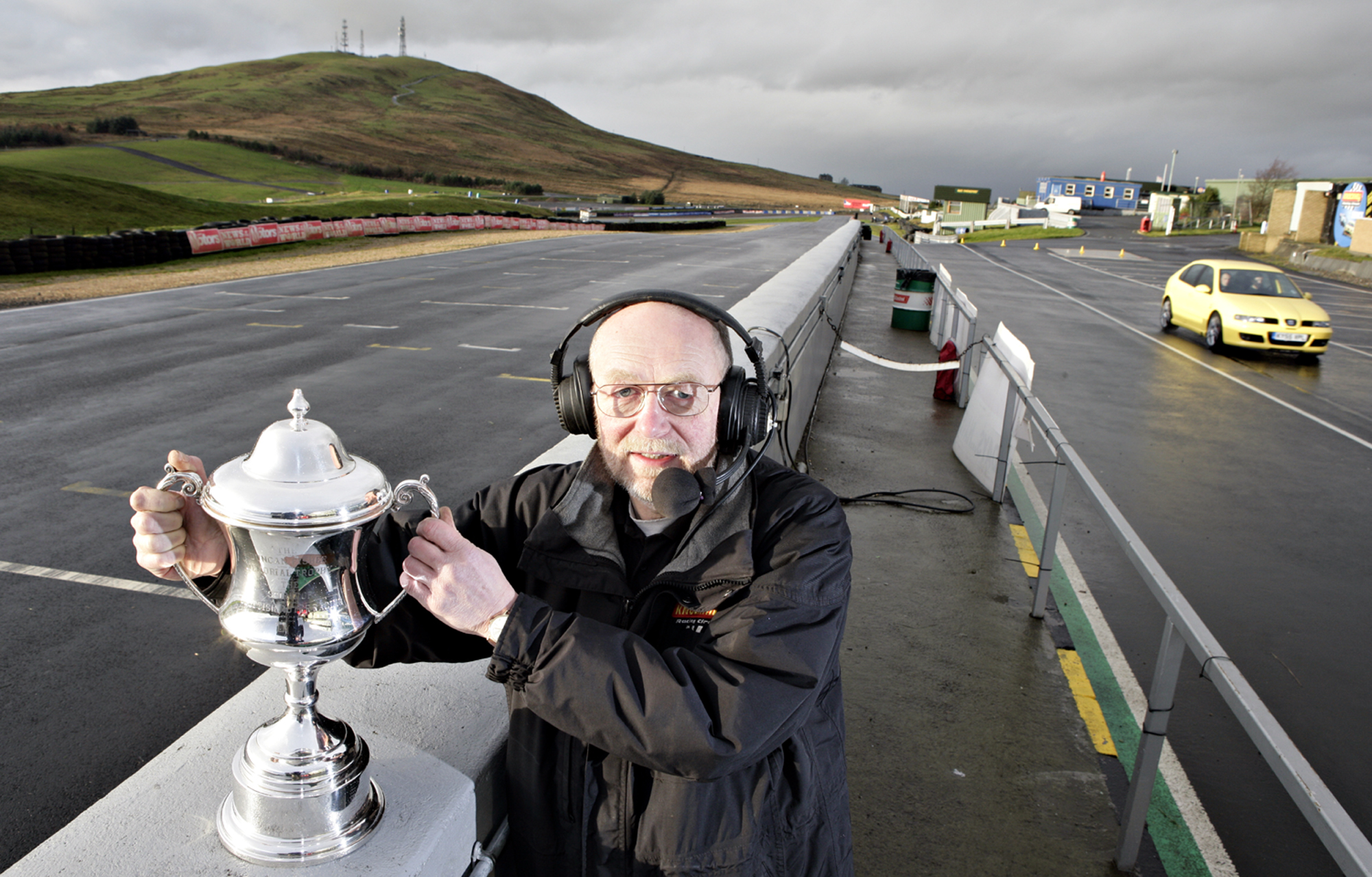 Stuart Gray, Knockhill Director of Events said, “We are pleased to be renaming one of the most iconic and familiar buildings at Knockhill in honour of Garry. He has been a stalwart of commentary over several decades and delighted that his legacy will continue. He has interviewed F1 world champions, Indy car, Superbike and BTCC champions in the Tower, all adding to the unique position he still holds at Knockhill. We hope that he will make it to Knockhill sometime in the summer to officially open the Tower, but in the meantime, it will be named and known as the Garry Stagg Commentary Tower from April 7th onwards.”

At the event itself, Knockhill will be playing host to a brand new championship for the SMTA Citroen C1 Cup. Based on the diminutive 1 litre Citroen, these pocket sized racers are a hit throughout Europe and often are involved in endurance races over 24 hours but a Knockhill, the SMRC will be running them in two 10 lap race formats with an impressive 13 car registered for the inaugural season. Elsewhere, the familiar classes of Legends, Formula Fords, Celtic Speed Minis, Fiesta STs /Mini Cooper S, Classics and Sports and Saloons will be battling within a 16 race timetable.

Off track, it is Knockhill’s 4th Armed Forces Appreciation Day with a whole host of activities relating to the Services including free entry for all serving and veterans upon proof of service at the gate. Stuart Gray added “We are delighted to be hosting our Armed Forces Day again, we are Silver Covenant holders already and are pleased to be doing our bit for all those who are serving or have served for the Nation, and their families.”

Action starts at 8.35am with qualifying and the first of the 16 races at 11.20am with action scheduled to run to around 6pm. Adult admission is £15 at the gate, concessions £10 and under 12s and parking is free