Over the winter, Knockhill and a number of former BMW racers decided to try and revitalise BMW Compact Cup racing in Scotland. Lots of hard work and graft paid dividends when the series held it’s first meeting of the year at Knockhill back in April. 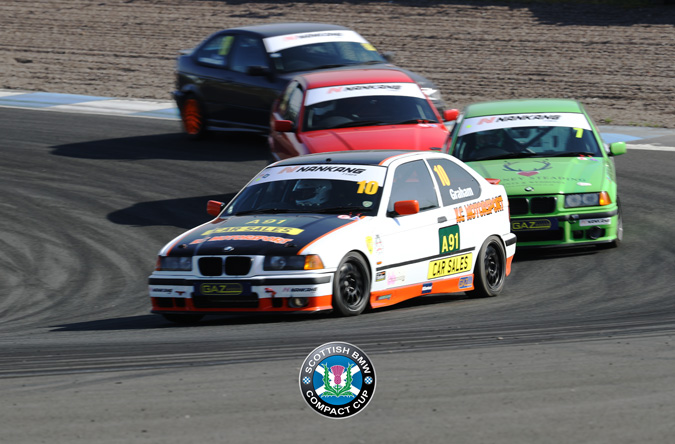 With yet more events to come in 2019 including a double-header event coming up on 15/16 June the push is on to get more racers involved. We sent Knockhill front man Duncan Vincent to seek out David McNaughton – one of the two men behind the newly reformed series – to find out how people can get involved and what they can expect from this value for money championship when they join the ranks of the Scottish BMW Compact Cup.

You can keep up to speed with the series as it develops on their official Facebook page or you’ll find contact, registration and championship information all online via the official series website (links below).