It was all change for the SLS, British Sprint and KMSC car racing competitors today at Knockhill, after a vibrantly sunny opening day’s competition; which saw, Heather Calder become the first woman to win a British Sprint event in over 70 years, Charlie Shaw take his 2nd successive overall SLS Championship win and race wins for Shaw, Tommy Gilmartin, Willy Toye and Roddy Paterson. 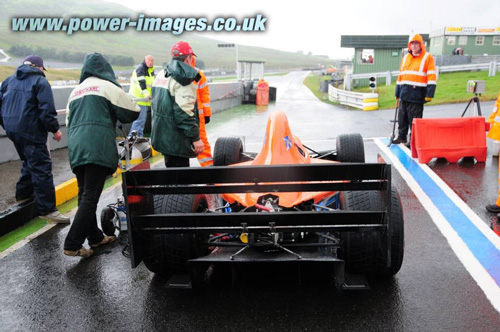 Besides a different track configuration, the weather was all-change too, with major downpours and standing water providing an additional test for competitors on the Reverse Circuit. A number of excursions off track by a number of British Sprint competitors filtered through the field, resulting in some cautious lap times as everyone tried to find their feet on track. As the conditions improved however, the lap times began to tumble and a dramatic conclusion to the event would unfold.

Always likely to be a show-stopper, the British Sprint Championship, with it’s vast array of powerful single seater race cars came to climatic conclusion with newly crowned Champion, Colin Calder, stealing all the plaudits. The Thurso racer had watched his daughter, Heather, pilot their Gould ER55 machine into a commanding lead midway through the final, reaching speeds in excess of 156mph on here way to a highly impressive lap time. Despite some initial drops of rain, Calder senior pushed his car to the limits, eventually crossing the line 5.8 seconds up on his daughter’s time. Terry Holmes managed to put himself into second position, but Calder would hold onto the win, to cap a really good weekend for the father/daughter duo. 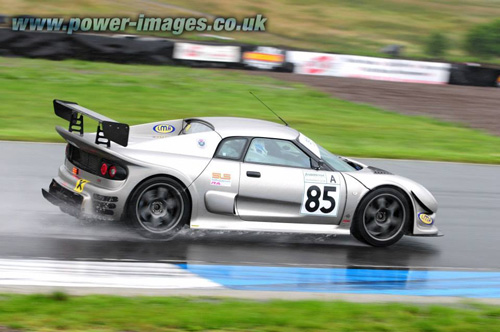 Fresh from his SLS victory on Sarurday, Charlie Shaw headed into today’s event looking to warp up the Championship with one event remaining on the 2013 schedule. He almost completed the feat, eventually losing out in the Super Lap final by 100th of a second to Aberdeen’s, Graham Davidson. Alan Freeland (class B), also had overall victory in his sights, but couldn’t find the extra time on his final lap to mount a series challenge. Freeland would have to settle for a class B win, whilst Bob MacKay and William Keith took class C and D victories respectively. 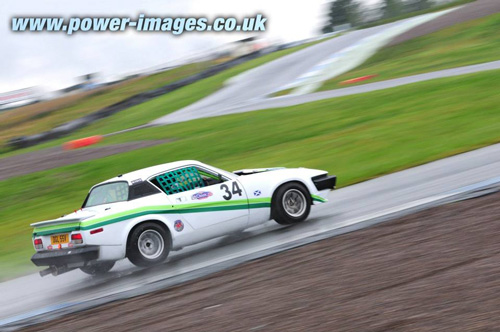 The car racing action of the day, came in the shape of a barn-storming encounter between Willy Toye and Jimmy Crow in the Alfa Scozia Classic Sports and Saloons series. The pair traded places, lap-after-lap before Crow eventually made is fifth passing move stick, to cross the line 00.768 secs ahead of Toye to secure his second race win of the day.

Charlie Shaw had already taken the on-the-road victory in the opening Modified/Sports/Open Saloons race before an oil leak forced him to watch the final encounter of the weekend from the sidelines. That left a gaggle of Minis and Fiestas to entertain the assembled fans. A good natured battle ensued between Aiden Moffat and Tim Sleigh; with Moffat eventually managing to overcome his team-principal to record a well deserved win.

“I’d like to thank all the marshals and officials for their hard work today, in somewhat trying conditions. I’d also like to thank the British Sprint Championship and their members for making the trip to Fife this weekend. The speed, spectacle and entertainment provided by the Championship has been first class.”

Next up at Knockhill we have a two-day race meeting for the Knockhill Motor Sports Club and Scottish Championship bike racers (3rd/4th August). Action will again take place on the Reverse Circuit.

Advanced tickets are online now and are subject to pre-booking discounts. Thanks again, from everyone at Knockhill, we look forward to seeing some of you this weekend.