Knockhill with partners within the Forces and owners of supercars in Scotland are jointly organising a MASSIVE day of fun for all members of our fantastic and often underappreciated Armed Services and their families – on Sunday 28th June. The Armed Forces Appreciation Day at this bike meeting is planned to bring us all together as a community of car owners and friends, as well as the wider population to show all of our servicemen and women in all three Forces that all of the efforts and sacrifice made over the past few years in Afghanistan and Iraq has not gone unnoticed. 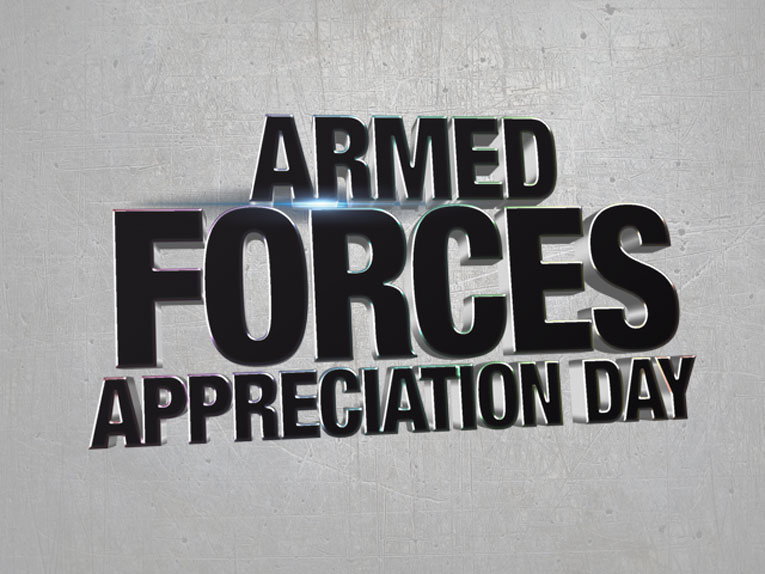 A collection of rare and unusual Supercars, Classic Cars, Vintage Cars, Sports Cars will be on display and members of the Forces they will be given full access to the array of cars, including passenger drives on the public roads, as well as a Parade Lap of the Circuit during the lunch break of the bike race meeting (time permitting). Not only that, ALL MEMBERS of the Armed Services will get in free and their families and frineds with them will be given concessionary admission to Knockhill on this day.  During the day it is a full bike race day with up a jammed packed day of racing for 600cc and 1000cc powerful race bikes capable of reaching some 170mph at the tight and twisty Knockhill. It’s a fantastic day at the races seeing some of Scotlands fastest bike racer  going head to head. 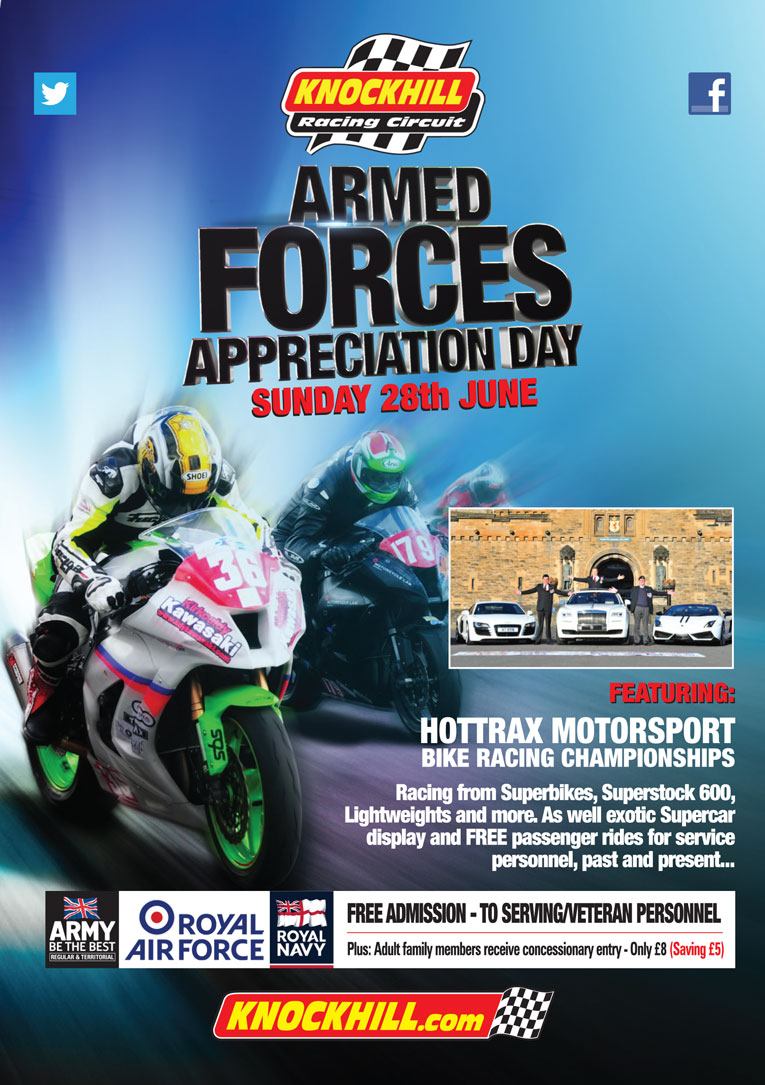 The day will be a fund raiser for selected Armed Forces related charities as well as the usual food vans, restaurant, Clubhouse and kids play park open to make it a day that all the Serving personnel and their families will remember. Other content is being worked on and will be announced in due course.