As well as two feature MCE British Superbike races in association with Pirelli, this weekend’s race meeting will also see several other top Championships compete on the 1.27 mile track; including the Ducati Tri-Option Cup, for the second successive season. And, for one Yorkshireman, this weekend takes on the added significance of being his ‘home round’.

Kelty based, Knockhill Commentator and Instructor, Dennis Hobbs returns to his place of work this weekend as the reigning Ducati Tri-Options Cup Champion; sporting the number one plate on his Carl Cox Motorsport/P&H Motorcycles Ducati Panigale 899 racer. And for Den, who is normally a pretty laid-back character, the pressure is already starting to build ahead of a vitally important weekend (3/4/5 July).

Last year, Hobbs blazed his way to two race wins and a new Championship lap record; and that previous success is ultimately what he wants to repeat this time around. 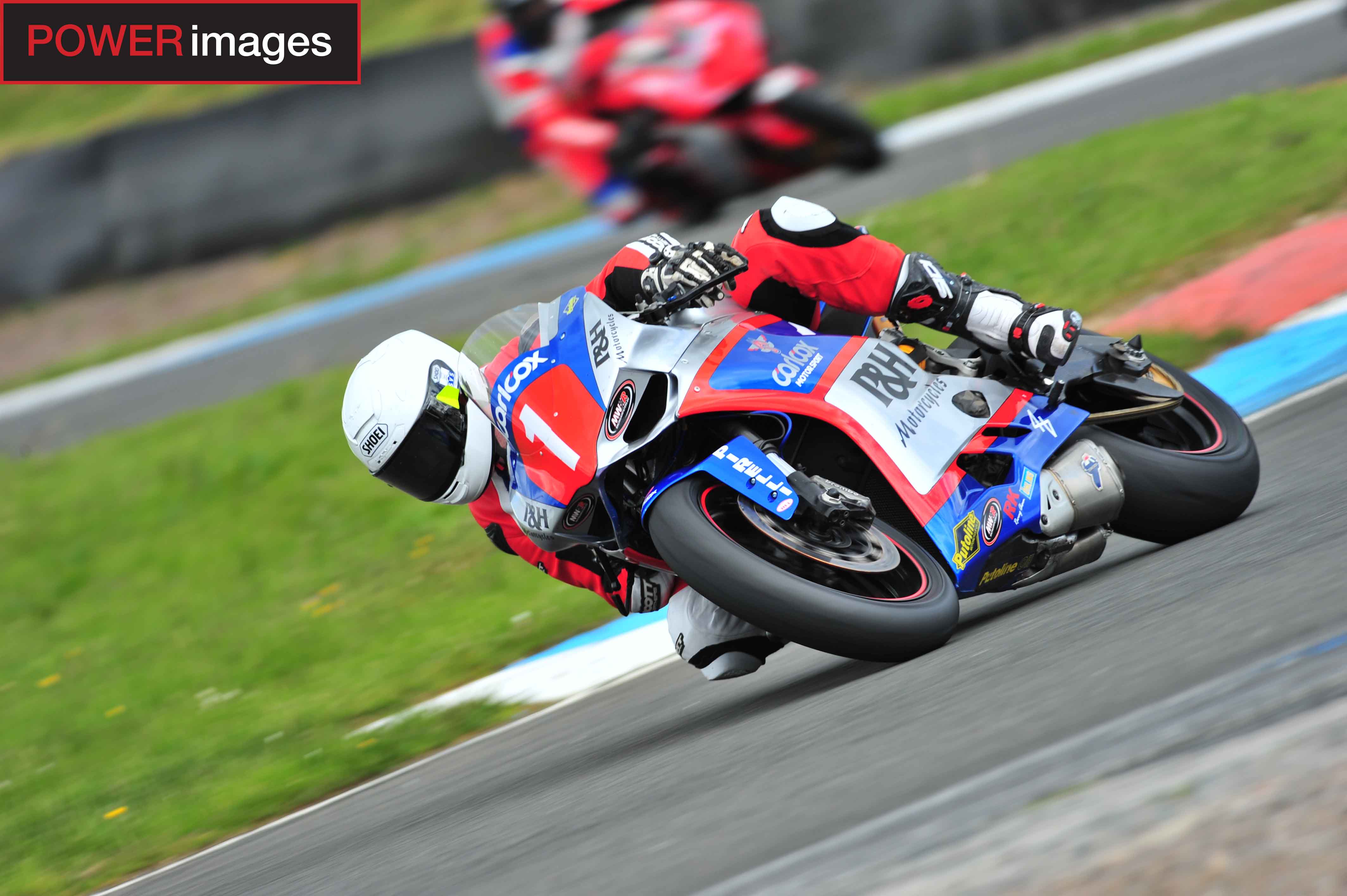 Hobbs with the No.1 on his Ducati

“We’ve done some testing at Knockhill already and we were pretty quick out of the blocks, which is a good thing. We still need to fine-tune things and see what the rest of the competition get up to. I’m sure they are going to close the gap on what we did last year; it just depends on what we can find to make us that bit quicker yet-again,” said Hobbs.

Hobbs currently lies fourth in the 2015 standings, 37-points adrift of Robbie Brown at the summit of the table; but with 25 points for a win, that deficit can easily be bridged at Knockhill this weekend with two Ducati races set to run.

A few of Hobbs’ Championship rivals tested at Knockhill earlier this month: 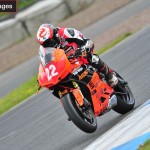 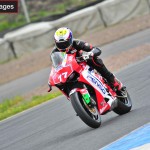 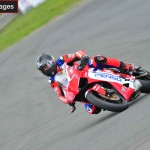 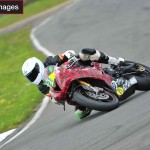 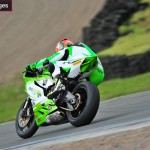 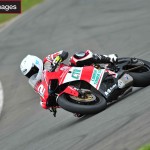 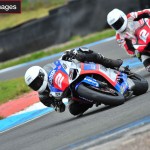 “I’m now on the back-foot, playing catch-up as we did last year. However, this year there’s more people who can win races and that’s a good thing. If I can make sure I’m on the podium and running at the sharp-end of the upcoming races, it will only take one or two rounds to get us back in the mix.

“The Ducati Tri-Options Cup is really competitive this season, with half-a-dozen riders who can win races. There’s Marty Nutt, Darren Fry and my teammate Leon Morris – all former Ducati Cup Champions. Then you have Robbie Brown, Rob Giver and a few others, given mixed conditions, who know how to win races. It will be interesting, that’s for sure. But hopefully, it will be me on top at Knockhill and we can move forward towards that overall Championship goal,” concluded Hobbs. 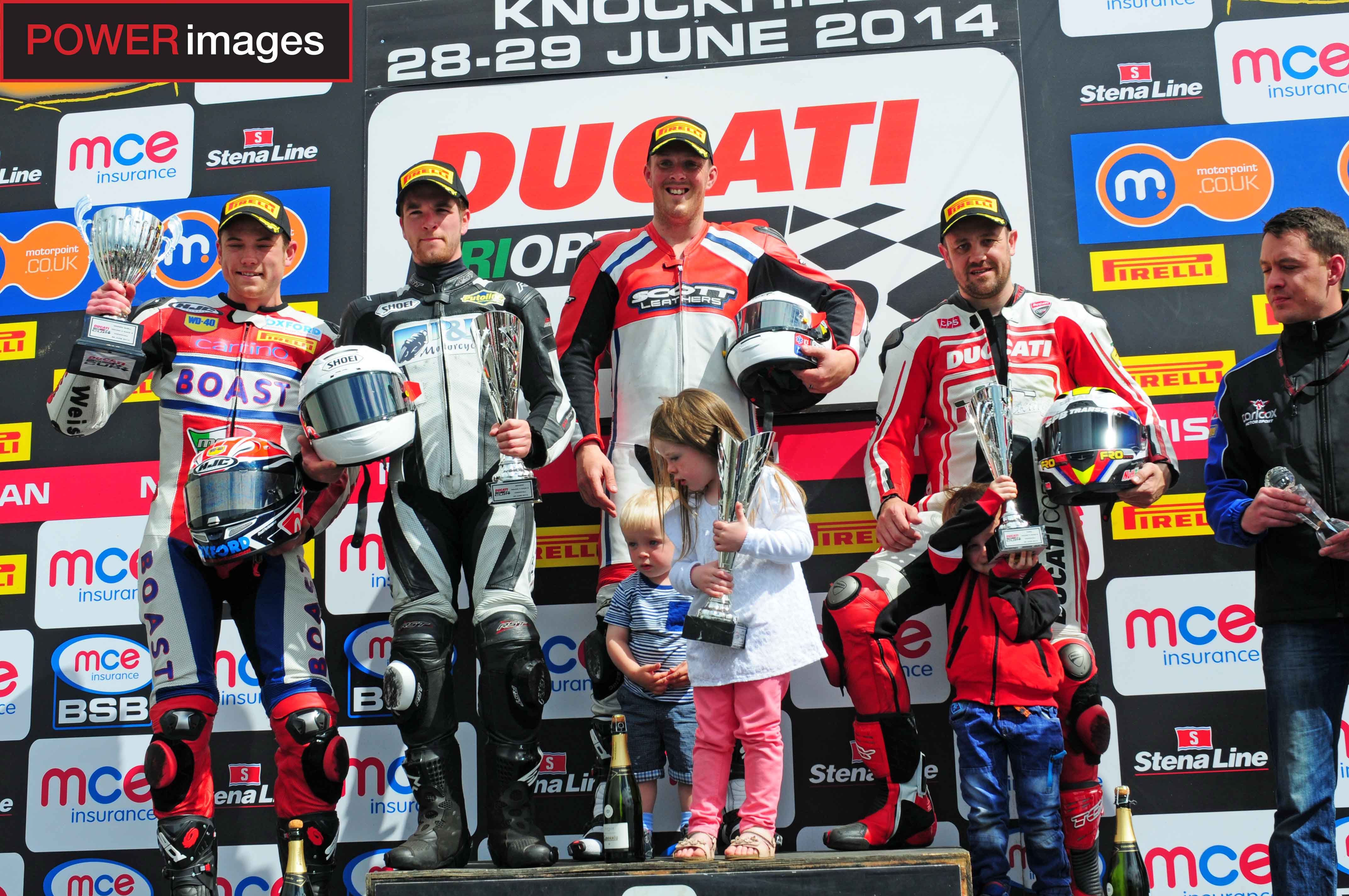 There will also be a few other Scottish riders looking to make-good on home soil. Crossgates duo, Sean and Greg Gilfillan will be hoping to score well this weekend at a track they know well; as will Crieff’s William Monie. Interestingly, all three have raced at Knockhill this season aboard their Ducati machines in the Scottish and KMSC Championships; and that race-time might prove invaluable this weekend.

The Ducati Tri-Options Cup will be on track on four occasions this weekend. An opening warm up session will take place on Friday, before heading into that all-important qualification session on Saturday morning. Their first race will take place on Saturday afternoon, before the final encounter on Sunday 5th July.

The weekend’s action promises to be spectacular with Superbike, Supersport, Stock 1000/600, Sidecar, Motostar and KTM racing set to entertain a bumper crowd at Knockhill. Check out the Knockhill website for a full rundown of what’s happening including our special Blondie Tribute band and Touch the Track features.

Tickets for the event can be booked online (subject to advanced booking discounts); alternatively, tickets will be available at the gate all weekend.

Save yourself time and money by booking now!

June 30, 2015
Events Blog No comments Events
← Flash storms into championship lead with his 100th BTCC podium Big weekend ahead for the Mackenzie family →