The SBD Motorsport MSA British Sprint Championship comes to Knockhill this weekend (25/26 July) for two flat-out days of full-on time trial competition. If you’ve never been to a ‘sprint’ event, it’s very similar to our own Super Lap Scotland Championship were competitors race against the clock on-track to set the fastest overall time. 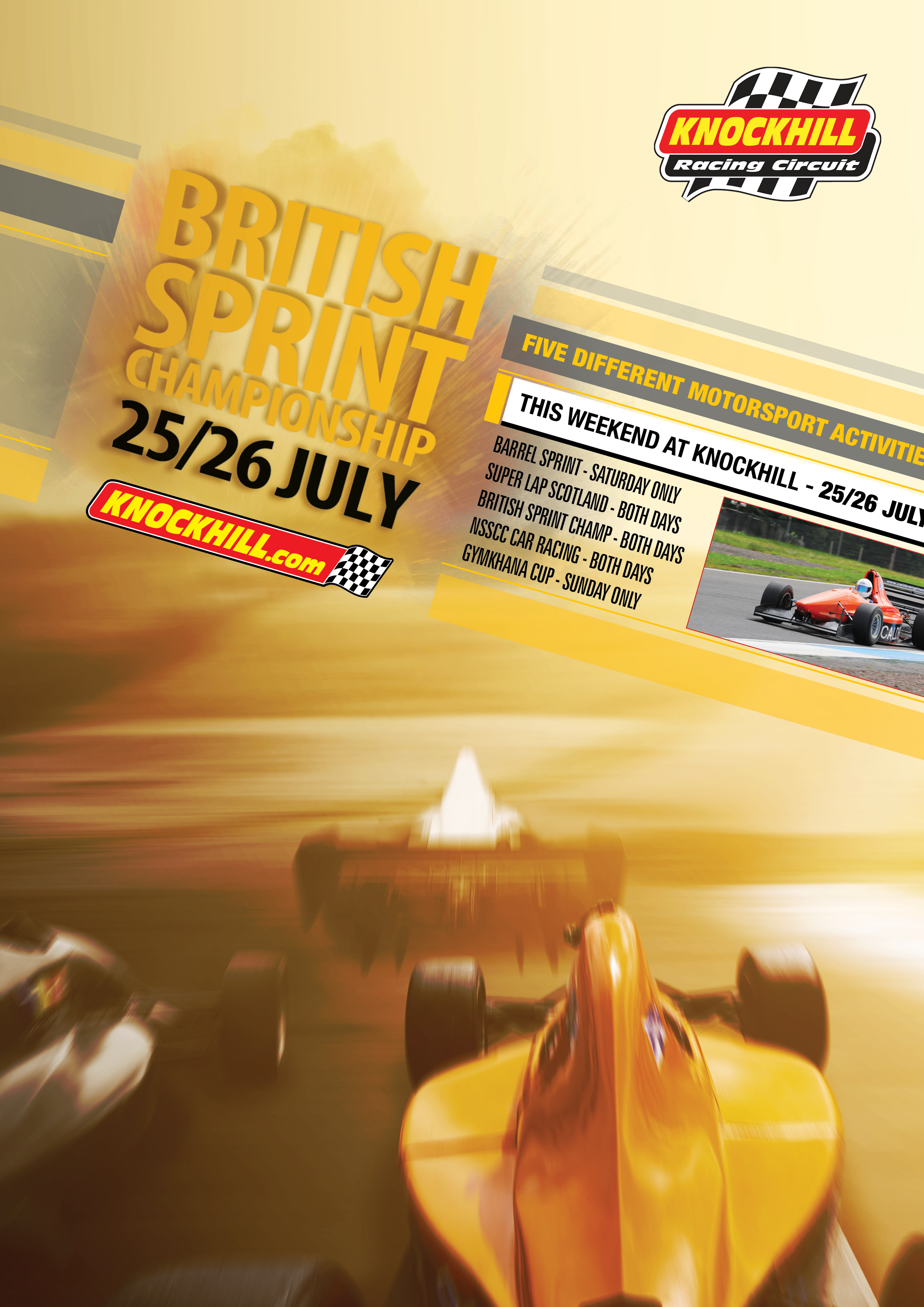 However, there are a few differences. The British Sprint Championship comes with a different class structure and features a completely different line up of vehicles – mainly open-wheeled race cars, similar to F1 cars, or sports production cars like Radicals. The lap distance is also slightly longer (2.3 miles approx.) and is timed from a standing start – unlike Super Lap where the ‘flying-lap’ time of a competitor is the one that ultimately counts. But the aim is pretty much the same in both championships – drive the wheels off your car over that single lap to take the winning plaudits.

The British Sprint cars are also purpose built for a single lap – they couldn’t race consistently over a longer distance; instead they are built to explode over a short distance, awesome acceleration (0 to 60 in under 2 seconds), top speeds in excess of 200mph and massive aerodynamic wings to keep these projectiles glued to the road. Quite simply, they’ll be the fastest machines we’ll see at Knockhill this year.

The British Sprint competitors will take to the Reverse Circuit on Saturday 25th July before sampling the International (clockwise) layout on Sunday 26th July; and for a Thurso family trio, Knockhill represents their one and only home-round this season. Colin, Heather and Louise Calder will be hoping for more success at Knockhill when they make the ‘shorter’ trip down to Fife for rounds 10 and 11 of the 2015 Championship. 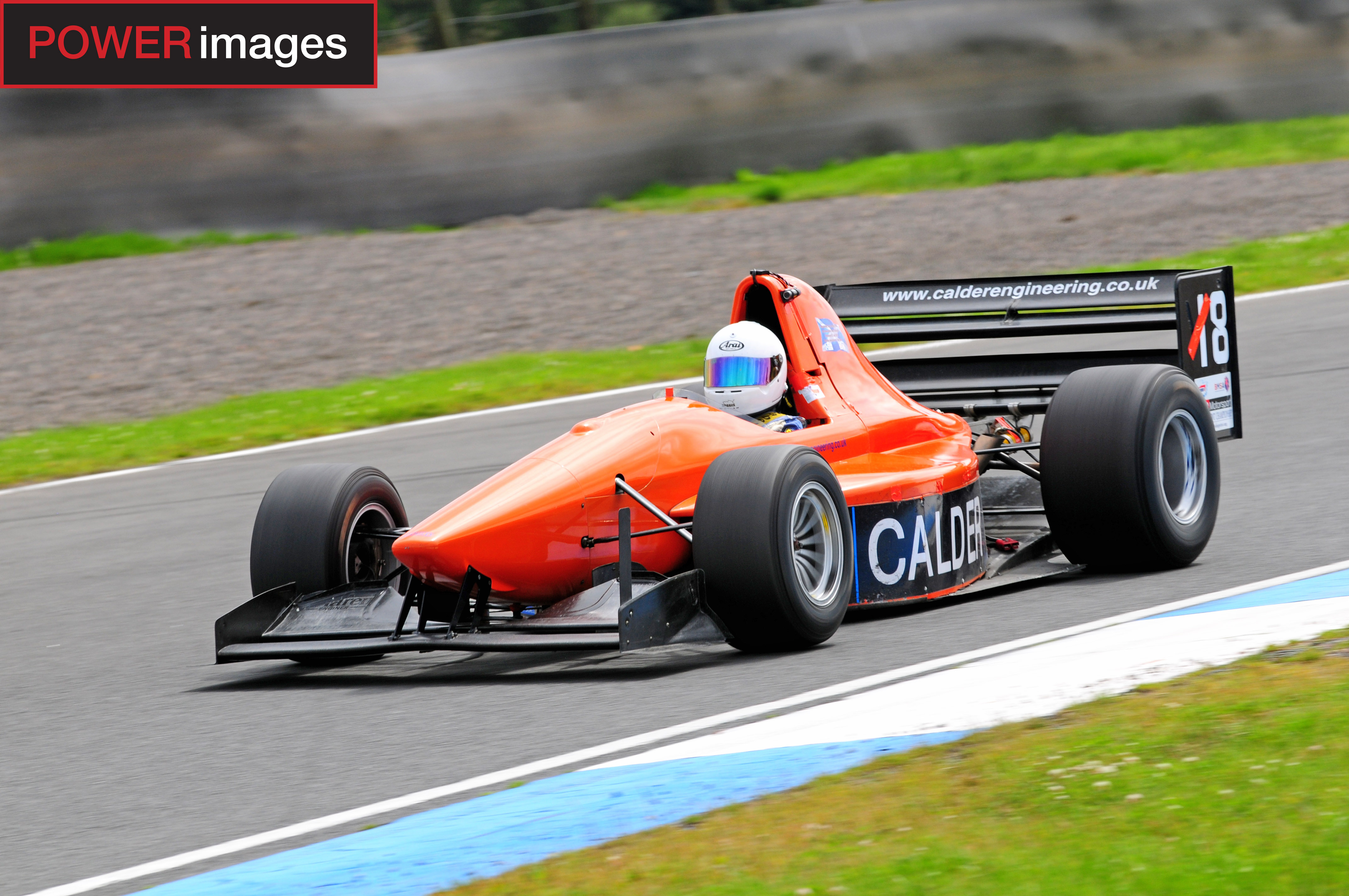 And, for Colin and Heather Calder Knockhill tends to be a happy hunting ground for the duo; haven taken the British Sprint winner’s mantle for the past two years (Heather won back in 2013 – Reverse Circuit – which made her the first woman to win a British Sprint event in almost 70 years; and Dad Colin, round winner in 2013 and double round winner in 2014). Interestingly, both drivers will pilot the same Gould GR55 3.5 Litre open-wheeled racer over the weekend, whilst younger sibling Louise will take to the track behind the wheel of her Jedi Mk1 racer – entering the ‘racing cars up to 1100cc’ class.

Elsewhere on the entry list, third place finisher from 2014, John Graham returns in his Gould GR55B and should challenge the Calder dominance this weekend. Steve Miles – who famously ran the Knockhill track last year in nothing but a pair of union-jack pants in torrential rain no-less – returns this weekend eyeing the top of the Championship table from his second placed berth at the moment. Other drivers, who have experienced the two Knockhill configurations include Terry Holmes (Lola), Mark Smith (Reynard), Martin Webb (Dallara) and current Championship leader Craig Sampson behind the wheel of his SBD Reynard DB01. 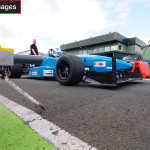 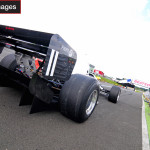 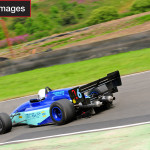 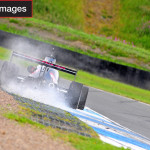 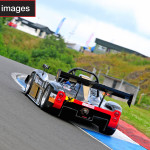 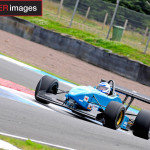 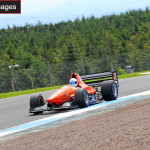 So if you fancy coming along to see some sensational race cars being put through their British Sprint Championship paces on the Knockhill track, simply book tickets online or at the gate over the course of the weekend.

Additionally, on Saturday 25th July from 10am, the East of Scotland Kart Club will be here demonstrating some of their kids ‘racing karts’ and we encourage anyone who wants to find out more about participating in competitive kart racing in Scotland to head along to the Knockhill Karting Centre for more information. A recent graduate from the East of Scotland Karting Club includes Ecurie Ecosse Young Driver and 2014 Scottish Formula Ford Champion Ciaran Haggerty, now starring in the BRCD F4 series. There are also a host of other top names linked with the Club, including Florida-based sports car racer Ryan Dalziel.