SCOTTISH gold medallist boxer Josh Taylor admits that he’d KO the ring for being a superstar on two wheels.
Taylor, 24, won light welterweight gold at the Commonwealth Games in 2014 but has revealed his secret passion is performance with a punch.
He is now managed by ring legend Barry McGuigan and is on the supporting bill of world title fight between Carl Froch and Scott Quigg next February. Taylor admits he is aiming for a British title by the end of 2016.
Taylor became the first lightweight Scottish boxer to qualify for the Olympics since Dick McTaggart, who won a gold medal in Melbourne in 1956 and a bronze in Rome at the following games.

The youngster met up with fellow gold star British Touring Car Champion Gordon Shedden on a visit to the track this week.
And Taylor, from Prestonpans, East Lothian, revealed if he wasn’t in the ring, he’d want to be racing. He said: “I started racing bikes at the age of six with Mini Motos and I loved racing at Knockhill. I also rode Moto X bikes between the ages of 13 and 15 with some podium finishes.
“My dad Jamie Taylor also raced bikes at Knockhill in the early 90s. I must admit if I wasn’t a boxer I’d love to be a pro bike racer.
“I go to the Superbikes at Knockhill every year, I simply love it there. I’d like to spend more time at the circuit to be honest and I’ve got my eye on racing again when I retire from boxing.” 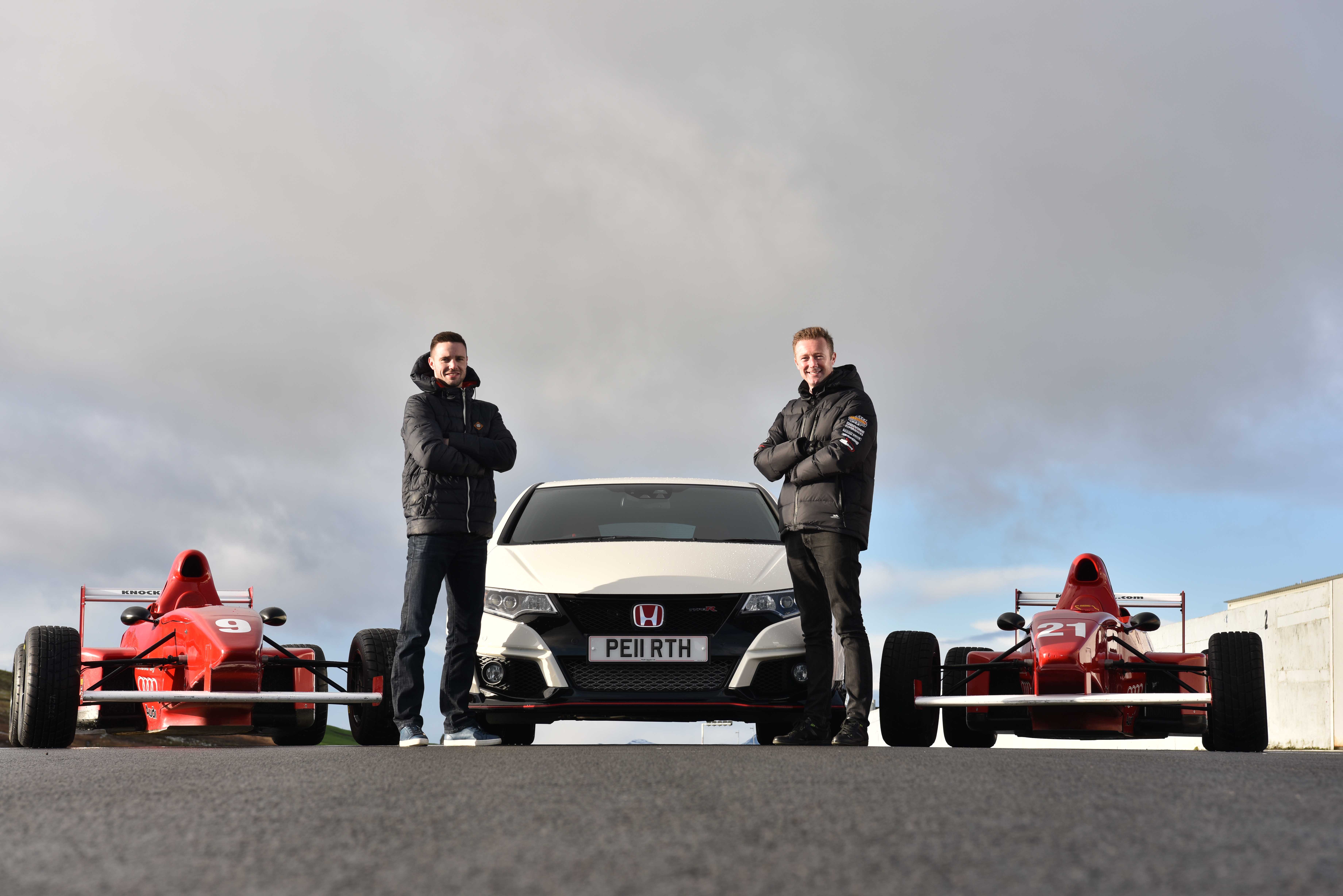