The niece of Scottish World Sidecar Champion Jock Taylor will fulfill a childhood dream this weekend when she races a sidecar in the Marin Scottish Sidecar Cup. Yvonne Davidson, following years of missed opportunity will finally follow in her great uncles footsteps when she takes to the wheel of a CBR600 around the twists and dips of Knockhill on three-wheels. 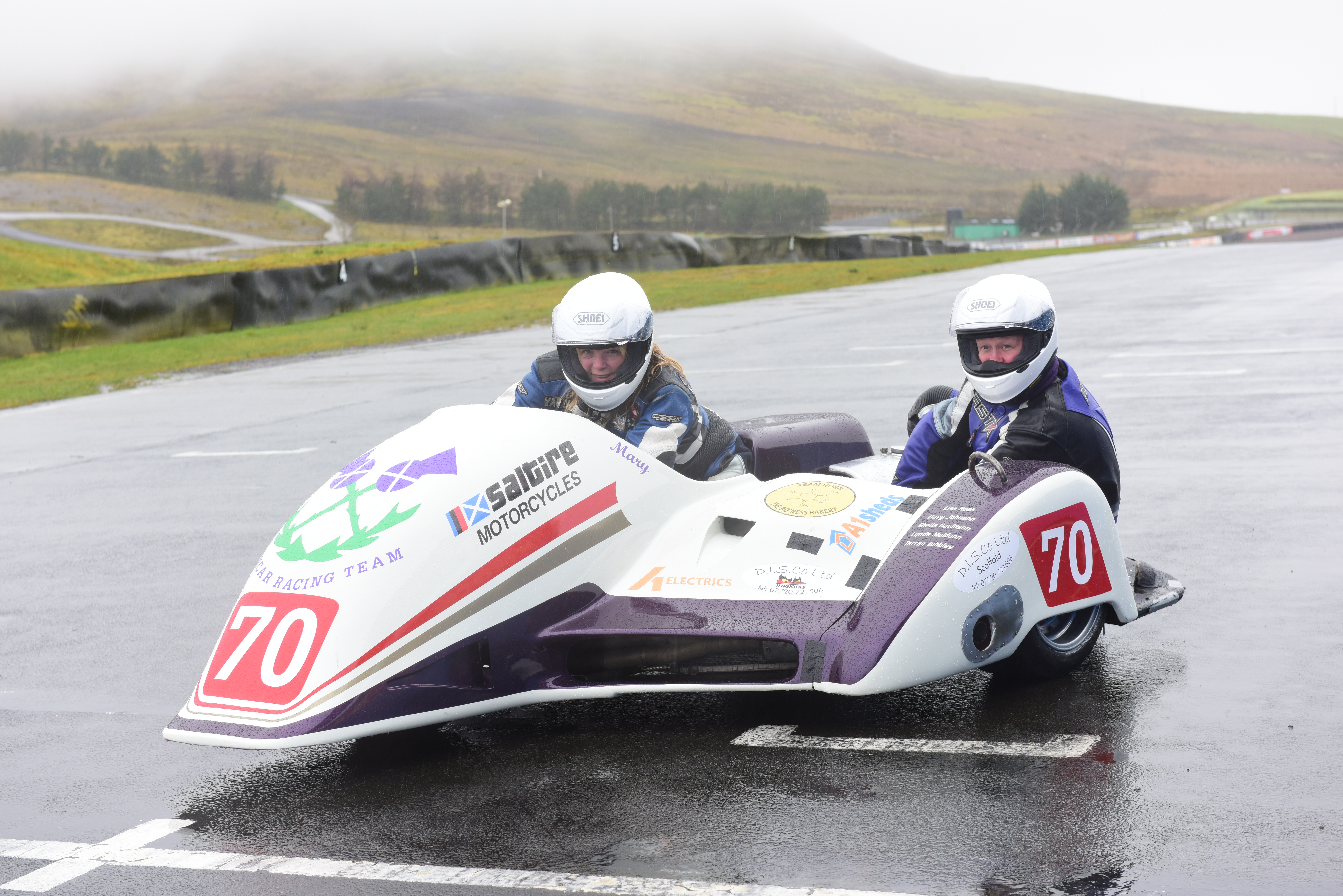 Yvonne joined us at Knockhill for a females in motorsport feature we held a few weeks back, where she sampled the F2 machinery she will pilot this weekend for the first time.

“That was awesome. It was everything that I had expected. This is something I’ve wanted to do my whole life, even when Jock was still racing; but I was too young. Then when I turned 17, just a month after Jock died, I decided I wanted to do it then, but my parents were set against it and it never happened.

“Then, time just seemed to slip away until last year when I was approached about this opportunity and to finally sit on the bike and just go today was absolutely brilliant.”

As everything falls into place for Davidson and co, the next few days will seem to drag on forever until she finally puts rubber to the tarmac during the opening practice session at Knockhill on Saturday 22nd April. Hopefully, by the end of the weekend, four races into her fledgling career, Yvonne and her passenger will be climbing up the timesheets and knocking on the door of some fairytale podiums before too long.

Come and see how she gets on this weekend, tickets available online now or you can purchase on the day at the gate.