This weekend the 2017 Knockhill Motor Sports Club bike racing championships come to a conclusion (2/3 September). Over 130 riders will race on the Reverse Circuit in an attempt to claim championship glory, whilst for two riders this weekend will be a relaxing experience after already claiming the 2017 titles ahead of the event. 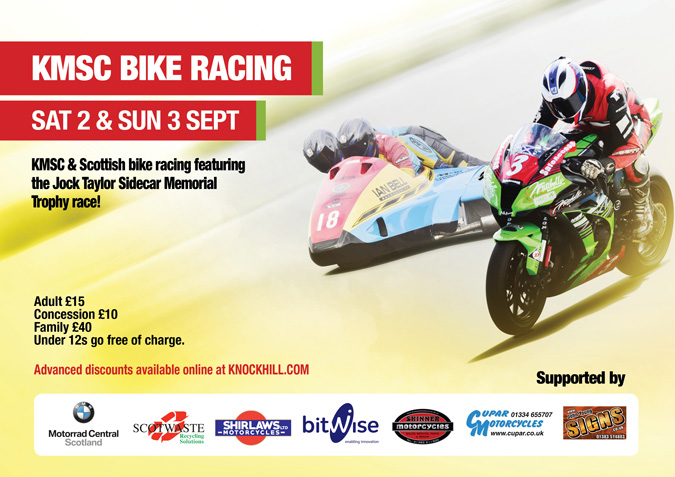 Jimmy Shanks can rest easy this weekend knowing that he has an unassailable lead in the CB500 Championship. Shanks, heads into the remaining four races of the season with a 115-point cushion, with only a maximum of 84 points available to his competitors that all but secures the Championship for 2017. 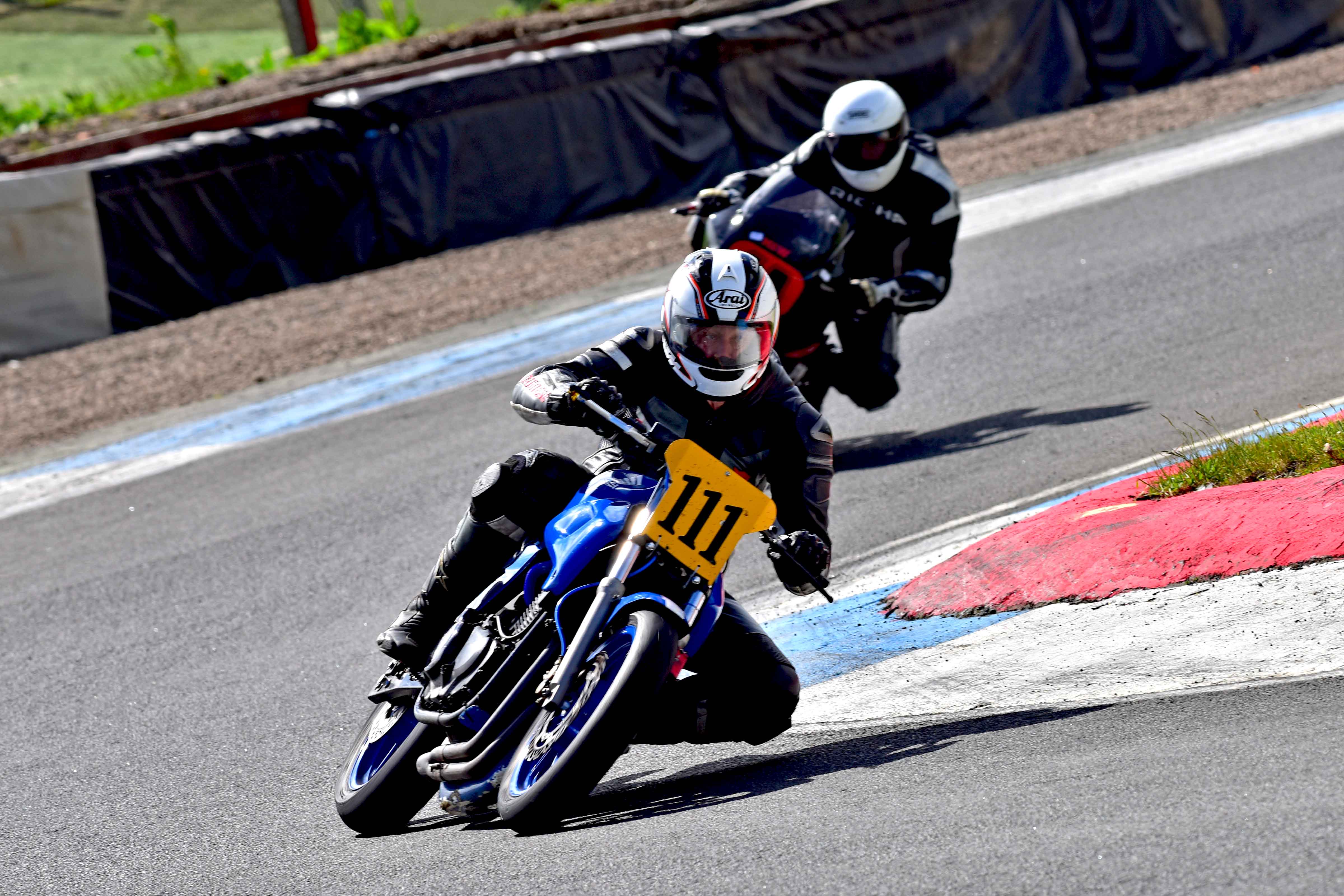 Similarly, our 2017 Skinner Motorcycle F125 Champion Jack Hart heads already has the title under wraps, but more importantly for the youngster, he has also secured a spot on the Road to Moto GP – British Talent Cup for 2018 – alongside other KMSC members Adon Davie and Lewis Paterson. Well done to those young men, and hopefully they can make the next step via the incredible opportunity that the British Talent Cup provides – fingers crossed. 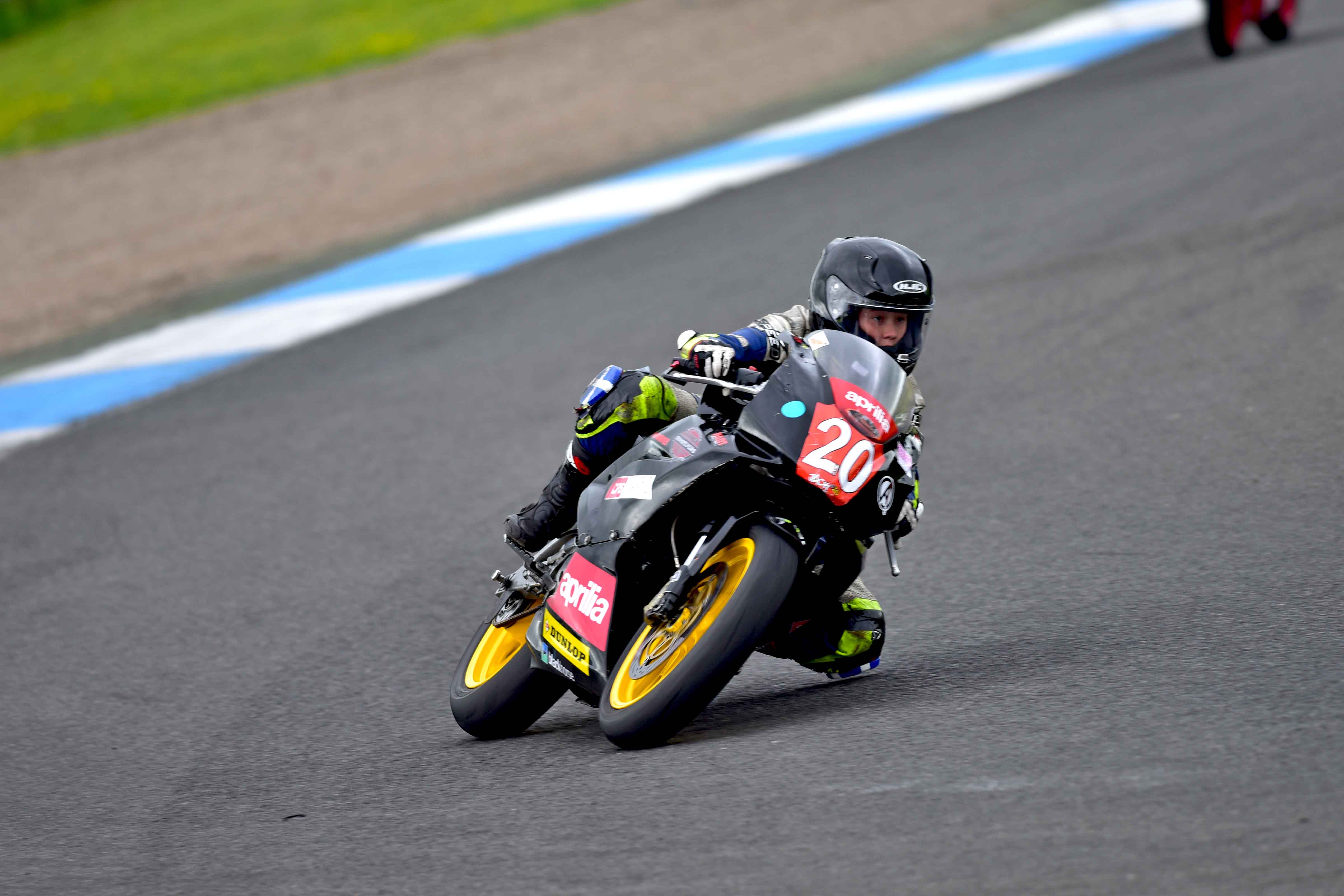 Ok, so with the weekend in mind, lets have a run down of all the Championship classes and perhaps guess as to the possible outcomes this weekend. 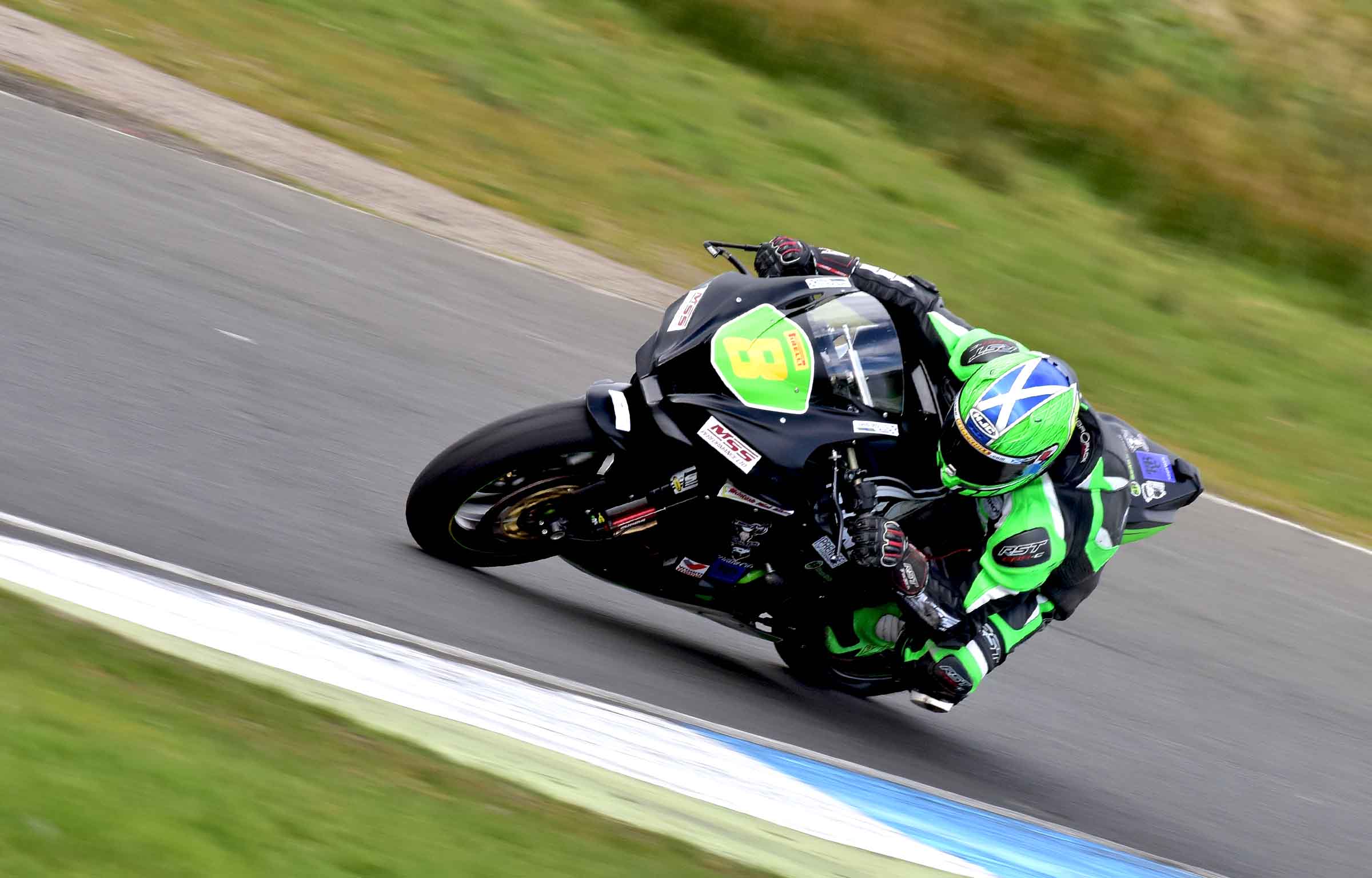 Scotwaste Superbike and Clubman Class – Lewis Rollo currently leads the Championship ahead of Scott Shand and Max Alexander, even with Rollo missing a complete race weekend due to his BSB commitments. 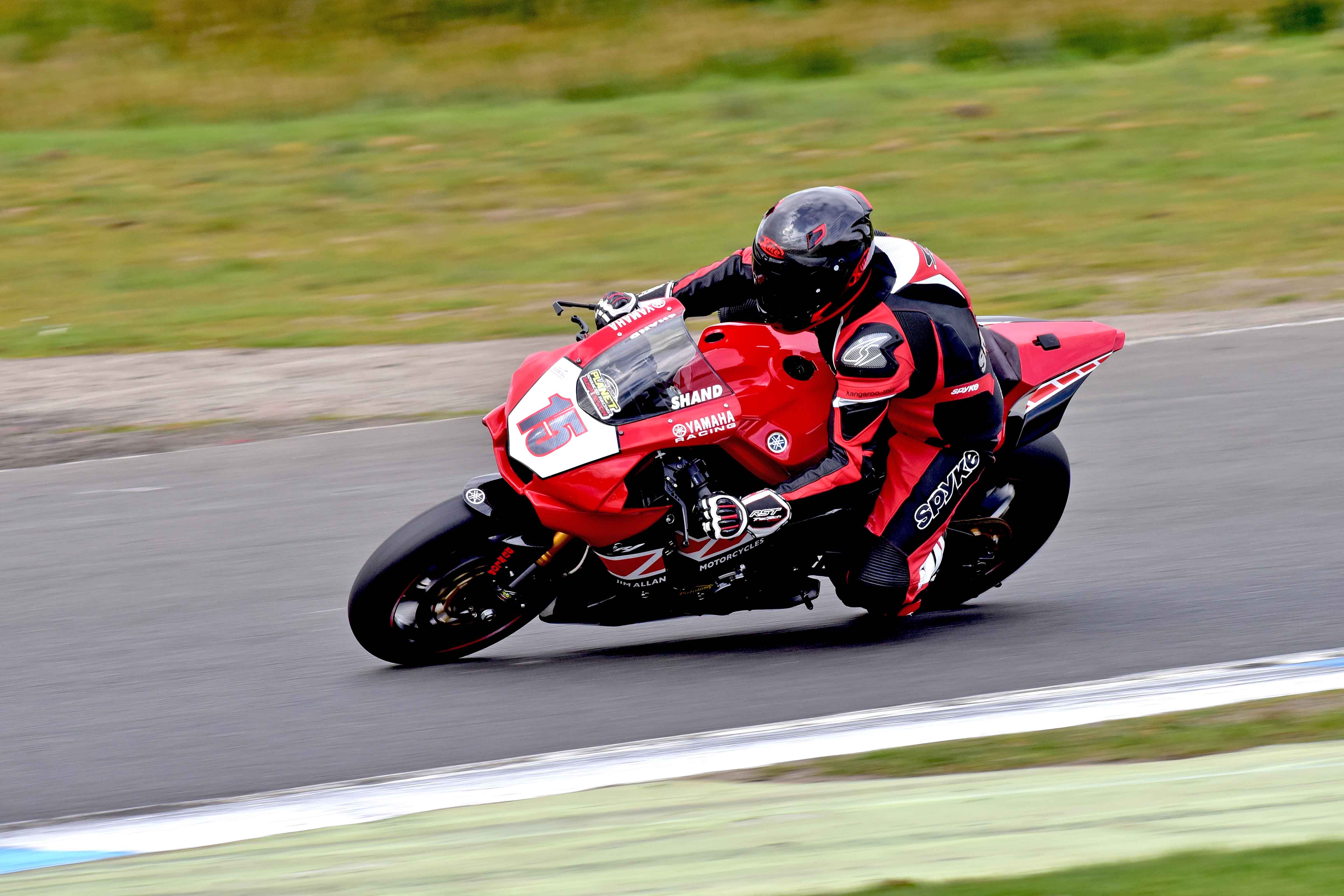 That said, anytime the young Haddington ace has been on track; he’s inevitably taken victory, 9 wins from 10 races, with one DNF to his name this season. Shand, on the other hand has been a consistent performer throughout the season and with just 15-points separating the top duo in this class… anything could happen; but if you were a betting man your money would go on Rollo securing the KMSC Superbike title for 2017. Max Alexander has a 47-point deficit to make up on Rollo and with just 105 points up for grabs this weekend; it’s not inconceivable for him to win, it’s just a bit unlikely. 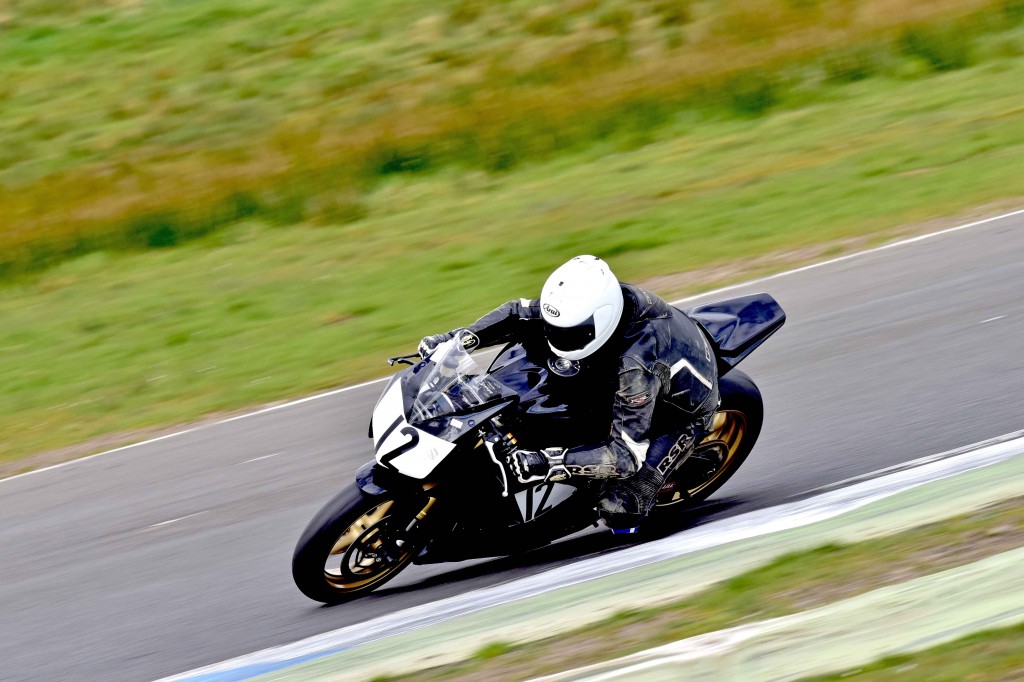 Things are a bit more complex in the Scotwaste supported KMSC Clubman Class. Neil Brown raced into a commanding lead at the start of the season, winning six races from the opening ten races before disaster struck – crashing his bike a East Fortune and ruling himself out for the rest of the season through injury. We all wish Neil a speedy recovery and despite sitting on the sidelines this weekend – he still has a genuine chance of holding onto the 2017 title. 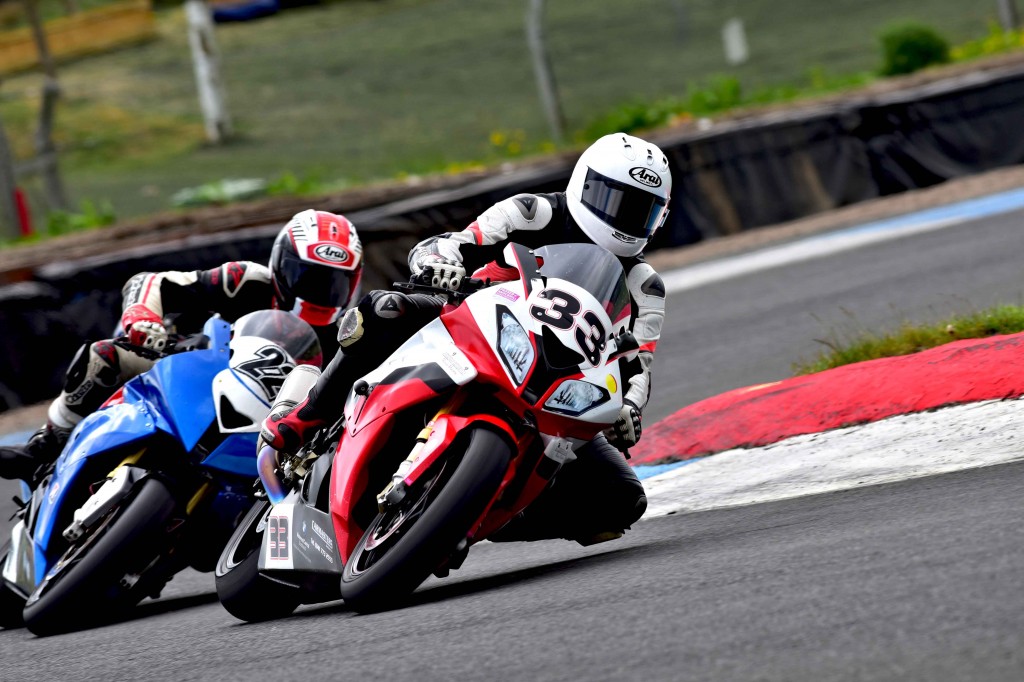 Graeme Bodel looks the most likely person to overtake Brown. However, with 31-points separating the pairing at the top of the standings and Bodel’s entire points haul from the last round equaling 31-points – things might get a bit intense at the top of the points-table this weekend. With 105 points up for grabs – there could be an outside opportunity for Steven Watson who lies in third place. Perhaps a telling factor in deciding where the 2017 Championship will go will come down to who misses this weekend. At present, Dan McLean, Stewart Robb and Gavin Jones have yet to enter – and they’d definitely give Bodel a run for his money in securing those 31 points – however if the miss this weekend it’s advantage Bodel. 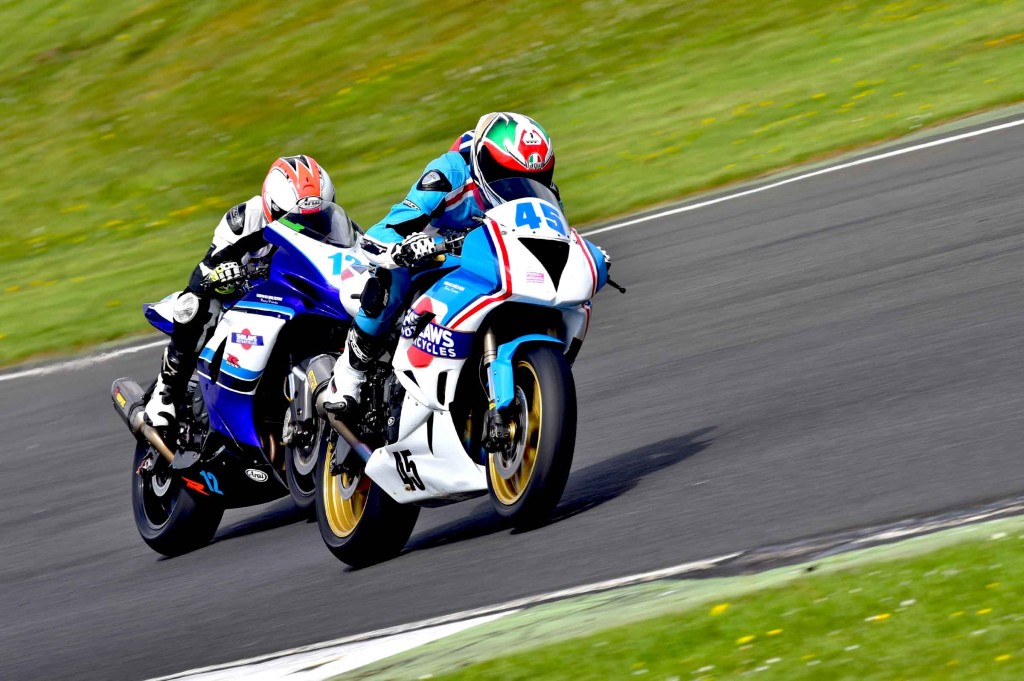 In the BitWise supported Formula 600 Championship, Creiff’s William Monie heads into the final weekend of the year with a strong 90-point lead ahead of Ewan Gray. It will simply be a case of getting over the line in the opening races of the weekend for Monie and securing enough points to wrap up the 2017 title. 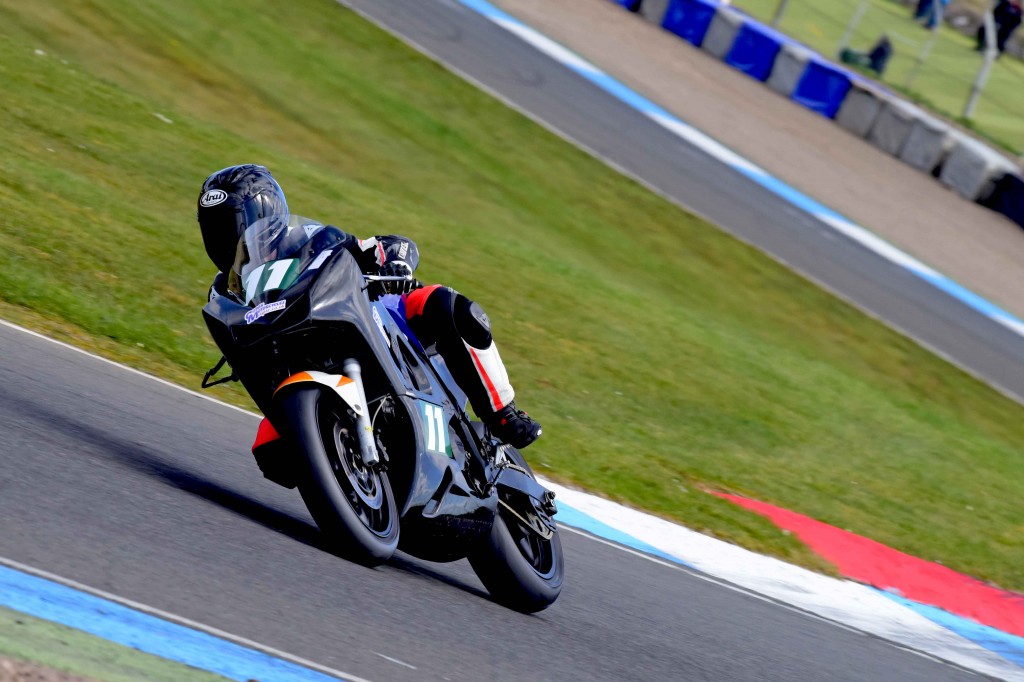 In the Shirlaws Motorcycle sponsored Lightweight Class (Super-twin and Formula 400) Lewis Paterson heads into the weekend – buoyed by his British Talent Cup inclusion – and a hefty 60-point lead over Scott Campbell. 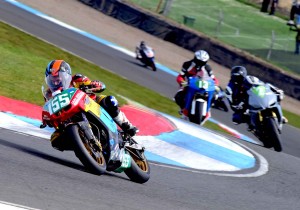 Again, with 105 points up for grabs, and some DNFs for some of the leading riders we could still see a four-way battle for the title unfold. But, at this stage of the season and given the confidence in which Paterson will arrive here this weekend following those exploits at the Moto GP week at Silverstone, you’d be hard pressed to look beyond him for the 2017 KMSC Super-twin title.

Here’s some action from the corresponding event last year:

In the Formula 400 side of things, it will be a straight shoot-out between Gordon Clark, James McLaren and Rod Walker for the 2017 title, with just 33 points separating the leading trio in this class. It has been an intriguing battle all season long in this class with wins and podiums shared throughout. If form counts for anything, McLaren heads into this final round after winning all five races last time out at Knockhill. Time will tell how this one plays out. 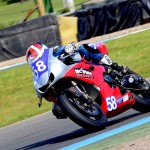 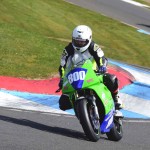 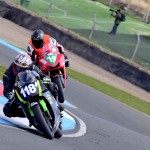 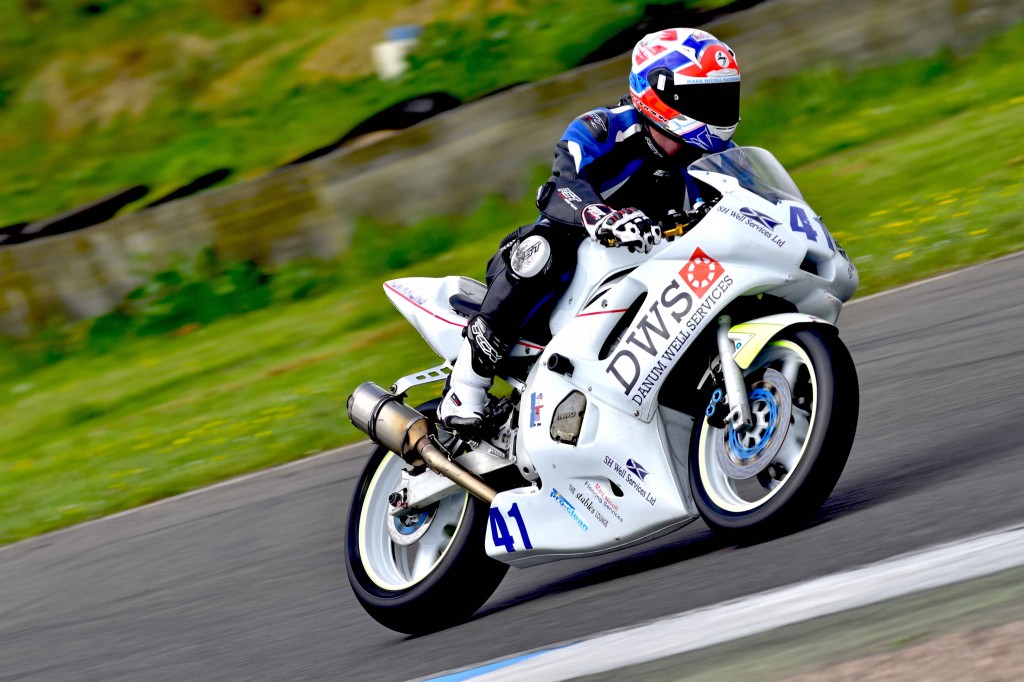 In the Cupar Motorcycles Pre-Injection 600 class, Kieran Murray leads the way ahead of Alan McGregor by just 18-points. This one will definitely be a two-horse race and it’s difficult to pick a winner from. McGregor won four races last time out, whilst, Murray has already bagged seven wins already this season. So with five races, and 105 points up for grabs, it’s safe to say this one will go down to the wire. 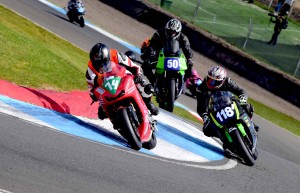 In the Calder Millerfield Over 50s/Female Cup, Christine Watson currently leads from Rod Walker and Steve Crichton. Watson win four out of five races last time out and if she continues in that same vain, she could become the only female KMSC Champion of 2017.

Aside from the solo action this weekend; we once-again welcome back a rejuvenated Marin Scottish Sidecar Cup with a full-grid of twenty sidecars ready for the off. Amongst the favourites must be the Hyundai Heavy Industries British Sidecar Championship pairing of Stephen Kershaw and Stuart Clark. Whilst, amongst the other entries is Boris Stroud – the man who has helped to reinvigorate the Sidecar scene through his kind sponsorship of the series. As well as three Marin Scottish Sidecar Cup Races at Knockhill this weekend, the sidecar teams will also compete in a fourth – for the annual Jock Taylor Memorial Trophy. Jock’s niece, Yvonne Taylor made her sidecar racing debut at the start of the season and this weekend will surely rank as the highlight of her short career so far when she races for the trophy named after her much-love uncle. 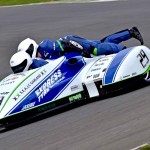 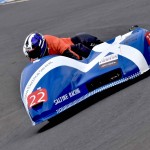 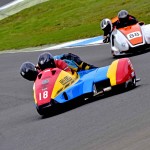 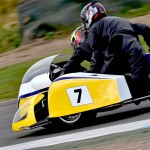 We look forward to a thrilling weekend of bike racing at Knockhill that will see up to 36 races competed on the tight, twists and dips of Knockhill’s Reverse Circuit. Join us as we find our 2017 KMSC Champions and which sidecar team will win the coveted Jock Taylor Memorial Trophy.

Tickets for the event can be pre-booked online via the link below or purchased at the gate on either Saturday 2 or Sunday 3 September.

Hope to see you here.