Race one got underway in wet conditions at Knockhill with Halford’s Yuasa Racing’s Dan Cammish leading the way from pole position. The question was however, could Cammish hold off a gaggle of rear-wheel cars heading into Duffus Dip, and to his credit that’s exactly what he did. 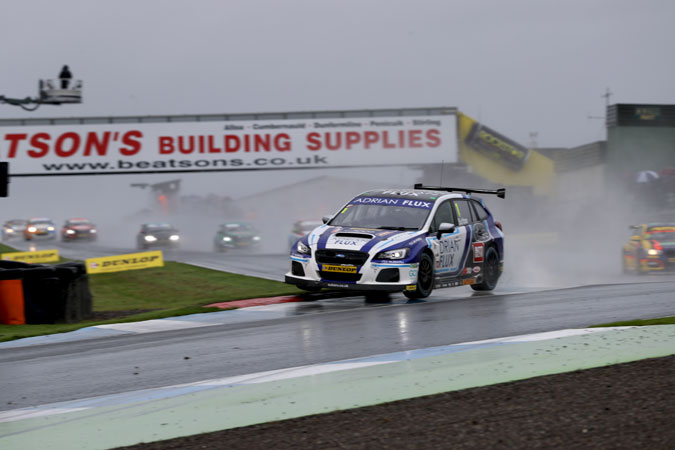 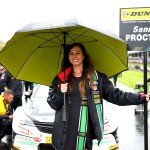 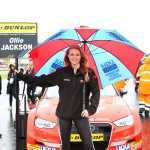 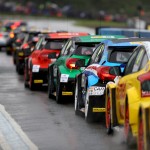 Indeed, Cammish lead the way for a number of laps and managed to open out a 2-car length lead at the head of the field in the opening stages, whilst it was all kicking off behind. Sutton, stating P8 on the gird managed to slip past Smiley at Clark’s as the BTC Norlin Racing driver ran wide. From that point on, Sutton began to pick his way through the field, lap after lap whilst scoring a number of fastest laps.

Up at the front, Turkington began to make a challenge on Stephen Jelly, taking second place from the Team Parker driver heading into Duffus Dip. To his credit though, Jelly wouldn’t be denied and retook the place from Turkington soon after at the Haiprin. This pairing would go on to have a great battle, whilst Sutton was now starting to pressurize Jordan. 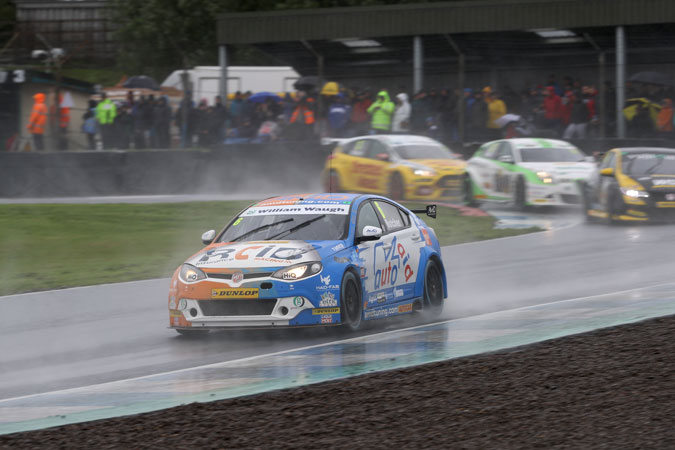 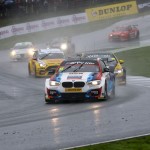 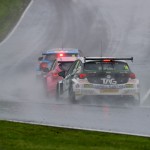 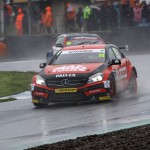 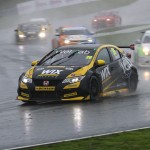 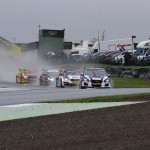 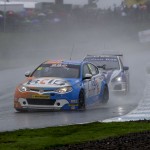 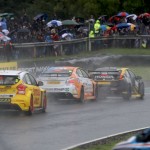 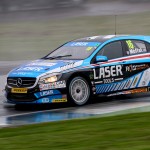 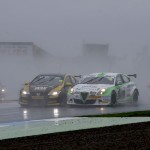 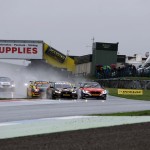 Meanwhile, Rory Butcher was starting to make progress through the field from P23 on the grid. Eventually rounding out the race in 10th place, making up a superb thirteen places in the process. That should bode well for Rory’s chances in Race 2, and given that is best lap time was faster than some of those who finished ahead, there could be even more points to come for the AmD with Autoaid/RCIB Insurance Racing driver.

Turkington got back past Jelly as his BMW ran wide and there was a scary moment for Dan Lloyd as he slipped off track, only to spin back into oncoming traffic. Thankfully, no one collected him and the racing continued.

That allowed Sutton to maintain his charge up the order and slick overtakes at McIntyre’s corner put Turkington in his sights. So, with Turkington, Jelly and Cammish all still in the hunt, the race continued at a frenetic pace.

Sutton eventually got to the head of the field and edged out an impressive 6-second gap ahead of his fellow competitors. Only for that lead to disappear following a safety car deployment for an incident between Jelly and Turkington at Clark’s corner – that may well lead to a penalty for the West Surrey racer as he mis-timed a move into Clark’s and essentially bumped Jelly off the road. Time will tell on that one, but it will be a bitterly disappointing pill to swallow for Jelly who looked odds on for a podium. 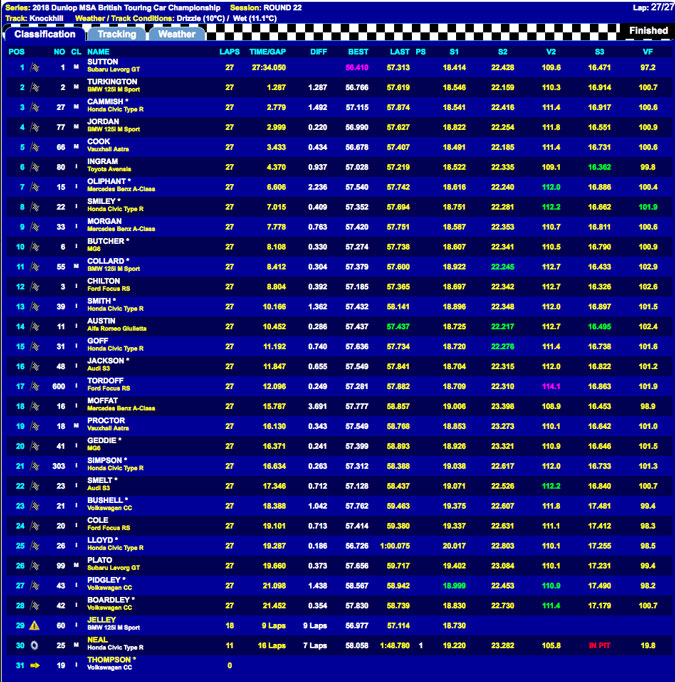 That incident, promoted Cammish to P3, whilst Turkington ended the race in second position 1.287 seconds behind the Adrian Flux Subaru of Ash Sutton. Race 2 for the Dunlop MSA British Touring Car Championship comes up at 14.25pm, and if race one is anything to go by, it should be another exciting affair.

Tickets for today’s BTCC action can be purchased at the gate if you’d like to come along.